Source: Financial Times
China: Why Taiwan is unfinished business for Xi Jinping
As Beijing gears up for the 70th anniversary of Communist party rule, its greatest unresolved legacy has resurfaced
By Lucy Hornby in Beijing 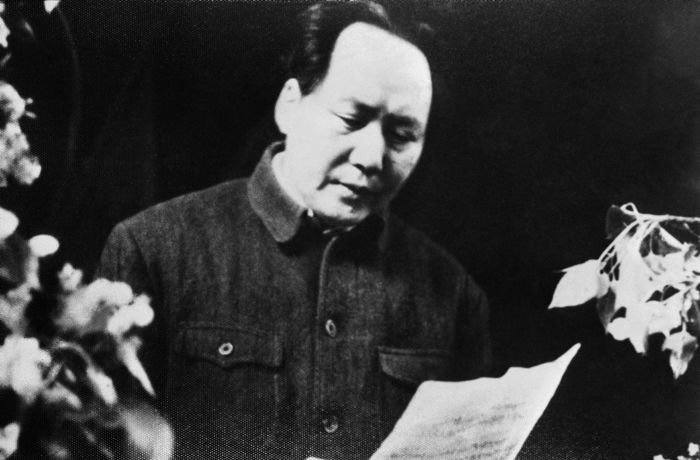 Mao Zedong, leader of the Communist party of China on April 20, 1949, just months before it took control of the country © AP

In 1937, during the Chinese civil war, a communist agitator was captured by nationalist troops in southern Shanxi Province. Her father, an administrator working for a local warlord, negotiated her release after a few days of detention.

The fervent young communist was Qi Yun, whose nephew Xi Jinping is now the leader of China. The administrator was Mr Xi’s maternal grandfather Qi Houzhi, a man who fought on the opposite side of the civil war from Mr Xi’s more famous father, communist veteran Xi Zhongxun.

The complicated politics of Mr Xi’s family during the Chinese civil war of the 1930s and 1940s are especially relevant this year, as their heir celebrates the 70th anniversary of the Communist party rule over mainland China, while navigating a messy challenge to its authority.

On October 1, an array of tanks, missiles and soldiers will roll through Beijing to celebrate the communist victory in the Chinese civil war, one of the great conflicts of the 20th century. Seldom discussed, even within China, the war continues to colour the ruling party’s relations with its own people and with Chinese communities outside the People’s Republic.

Ahead of the Soviet-style parade, party and military leaders have drummed up talk of their historic “mission” while trying to diffuse protests by millions of people in Hong Kong.

Looming behind the drama on the streets of Hong Kong is the question of Taiwan — often viewed as the most likely trigger for any clash between Chinese and US forces. The self-ruled island’s uncertain future, amid tensions between Washington and a newly powerful Beijing, is the greatest unresolved legacy of the Chinese civil war.

All summer, red-and-white propaganda banners hanging across Beijing have displayed a quote from Mr Xi: “Don’t forget the original intention. Stick to the mission”.

Outside the city, the couplet is even more common. It dominates billboards and signs in garrison towns ringing the capital. It is splashed across T-shirts of tour groups visiting Communist sites “sacred” to the party’s long struggle and to Mr Xi’s family history.

“Facing intense challenges both domestically and overseas, including in Hong Kong, Taiwan and with the US, Xi’s ‘original intention’ slogan is an attempted battle cry for political unity and perseverance,” says Jude Blanchette, an expert in Chinese politics at the Center for Strategic and International Studies in Washington. 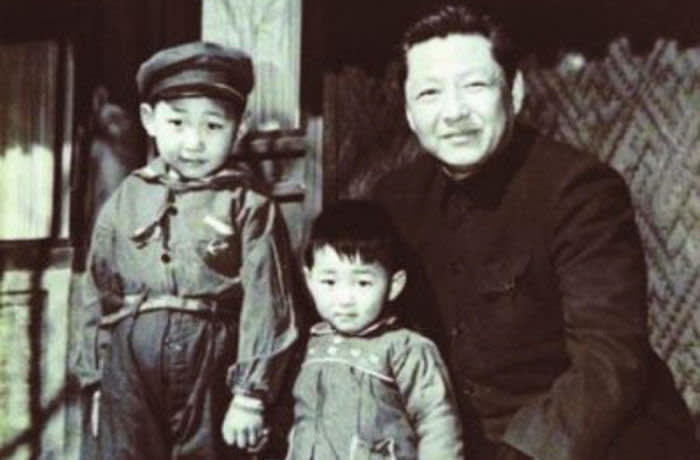 “The recent linking of the phrase to the protests in Hong Kong is a message to both local residents and Xi’s domestic audience that political obedience and territorial integrity are unwavering and eternal interests of the party.” Since taking power in 2012, Mr Xi has purged the top ranks of the bureaucracy and army and reasserted the party’s control over society, following decades of relaxation. He relies on tools honed during the party’s long decades fighting its fellow Chinese: the United Front Work Department for managing external allies; ideological indoctrination to keep party members in line; and a heavy dose of propaganda centred around Mr Xi himself to communicate with the Chinese public. Seven decades in power and a generation of prosperity have pulled the Communist party far from its Marxist guerrilla roots. “The phrase [original intention] is a response to a longstanding worry among party leaders that the CCP membership had become unmoored from any political conviction or organisational discipline,” Mr Blanchette says. In a 2016 speech marking the anniversary of the Communist party’s founding in 1921, Mr Xi told party members: “Don’t forget the original intention. Press forward.” Xi Jinping says Taiwan and China ‘will be unified’ Subtitles unavailable A year later, at the beginning of his second term, he returned to the theme. “Don’t forget the original intention. Stick to the mission,” Mr Xi told thousands of delegates to the 19th party congress. Along with the slogan comes a mandate for party members to restore their revolutionary purity by studying the life of Mr Xi. In public, Mr Xi honours the legacy of his father, a veteran revolutionary who was purged by Mao Zedong in the 1960s, before the Cultural Revolution, and rehabilitated as a senior politician in the 1980s.Chinese and foreign scholars have sifted through the biography of Xi Zhongxun for clues to his son’s personality and preferences. But it was the dramatic tales of derring-do by Mr Xi’s aunt — Qi Yun — and her husbandthat lightened the years of Mr Xi’s youth after the party turned against his father. The revolutionary couple and Mr Xi’s mother, also an early communist, “are people who have meant a lot to me”, he said in a 2000 interview. The family has backed at least two books and one small museum in his aunt’s honour. After the Japanese surrender of Manchuria in 1945, the Chinese civil war flared up again. Qi Yun and her husband transferred to the north-eastern region, where Soviet-backed communists besieged urban strongholds held by the nationalists, or Kuomintang (KMT). Meanwhile, her father Qi Houzhi served under Fu Zuoyi, the nationalist general who surrendered Beijing to the communists in January 1949 after weeks of siege by Mao’s forces. 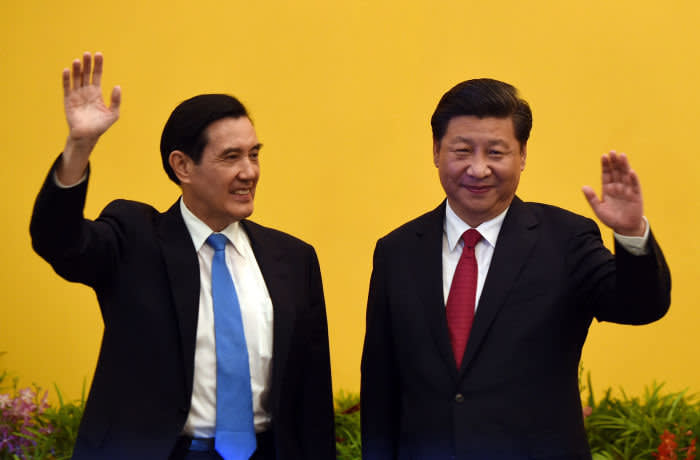 Taiwan President Ma Ying-jeou, left and Mr Xi Jinping in 2015. Relations between the two powers has since deteriorated © AFP

Xi Zhongxun was stationed with the communist troops threatening Beijing from the south. After the city surrendered, he met both his father-in-law and sister-in-law in Beijing. He brought a letter from the family to his wife, Xi Jinping’s mother, confirming they were safe. “That day, I was so happy,” Qi Xin wrote in a memoir.

The complicated story of the Qi family “is the tale of countless Chinese families”, author Dai Yugang wrote in a book about the family’s experiences during the civil war and the Japanese invasion of China.

Mr Xi’s grandfather survived the purges of the early communist era, possibly due to the protection of his children. He died in 1956. The family of Mr Xi’s wife, Peng Liyuan, was not so lucky. Her father was persecuted for years because an uncle fled with the KMT to Taiwan, according to media accounts in Hong Kong.

“The civil war was just as important or even more important to most Chinese families than the Japanese invasion, because far more families were directly involved. It was very common for families to be split between the two sides,” says one mainland scholar. He asked not to be identified, highlighting the sensitivity of the topic.

One legacy of the civil war’s “bitterness and division” was the loss to the PRC of many talented and educated people who fled mainland China to places like Hong Kong or Taiwan, says Diana Lary, professor of history at University of British Columbia and author of China’s Civil War. “It was crucially important in modern Chinese history.”

Its shadow hangs over Hong Kong. Protests by millions of people this spring against a proposed extradition law have evolved into months of general demonstrations by disenfranchised young activists. But in Beijing officials see the Hong Kong protests through a historic lens, rather than as a response to current conditions. They warn of “black hands” behind the unrest and accuse the US of orchestrating the mayhem to undermine the Communist party.

Looming over the crisis in Hong Kong is the question of Taiwan. After Mao declared victory in mainland China in October 1949, KMT leader Chiang Kai-shek installed himself on the island of Taiwan, a former Japanese colony. He was backed by the US.

The armed stalemate has outlasted the cold war, but the balance of power has shifted. Taiwan, once an Asian Tiger, is now dwarfed by mainland China, the world’s second-largest economy. That begs the question of what Mr Xi means by his “mission”.

“From Beijing’s perspective, Taiwan is the unfinished part of the civil war and thus must be concluded for Xi ‘to make China great again’,” says Steve Tsang, director of the China Institute at the School of Oriental and African Studies in London. “Xi believes in this historic mission.”

Mr Xi has floated “one country, two systems” — the political formula that is disintegrating in Hong Kong — as a path towards integrating Taiwan into an enlarged People’s Republic of China, evoking his family’s divided history during past overtures towards Taiwan.

Five years ago, local newspapers in the old guerrilla bases of neighbouring Shanxi and Shaanxi provinces [in northern China] published extracts from Mr Dai’s book. They used the incident between Mr Xi’s aunt and his grandfather as an example of co-operation and family unity amid the rancour of the civil war. The details of this highly personal history were not repeated in the national press, where the period remains a sensitive topic.

The quiet nod to Mr Xi’s family history came amid grander gestures to Taiwan. In 2015, Mr Xi invited representatives from the KMT to an anniversary parade marking the Japanese surrender at the end of the second world war. He was also the first to include a KMT veteran from mainland China. Veterans’ advocates in China saw both invitations as a step towards healing old rifts. 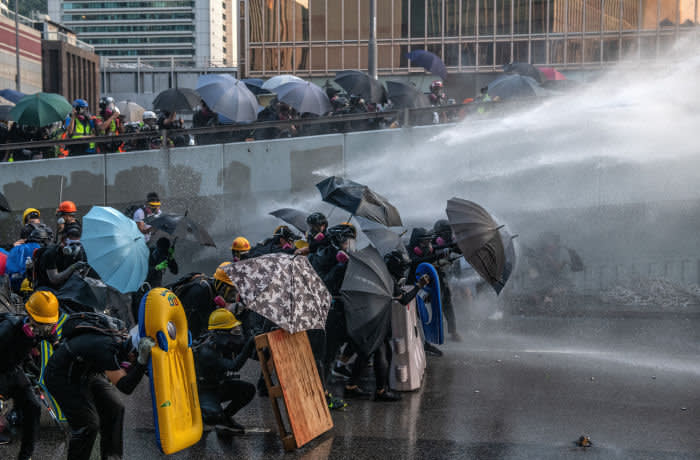 “[Over] time, these long founding processes like the communist revolution in China or the American war of independence can be reduced to ‘events,’” such as the victory celebrated by the October 1 parade, says Pamela Kyle Crossley, professor of Chinese history at Dartmouth College. “[But] to function as founding events in the enactment of national unity, they have to lose the political divisiveness that was an indispensable part of the original process.”

Mr Xi’s overtures were aimed at current politics as much as historic healing. His “benevolence” was an attempt to signal support for KMT, the more pro-mainland party in Taiwan, says Agnès Andrésy, author of a biography of the Chinese leader. “Whenever the KMT governs Taiwan, relations with China calm down,” she says.

The detente ended after Tsai Ing-wen, from the independence-minded Democratic Progressive party, won power in 2016. Her victory took Mr Xi by surprise. In January, she faces a contentious challenge from KMT candidate Han Guo-yu, who is backed by pro-mainland media groups. Ahead of the election, Beijing has lured more of Taipei’s few remaining diplomatic allies and banned independent travel to the island.

Fear of a backlash in Taiwan could be one of the reasons Mr Xi has refrained from a military intervention in Hong Kong, some experts on Asian politics believe. But how long can such an uneasy peace last? Sources say that preparations for the anniversary parade as well as the anxieties triggered by the Hong Kong protests have created a sense of tension within the military.

Mr Xi’s personal and family experiences have taught him caution and pragmatism, says Joseph Torigian, a China scholar at American University in Washington, but they are unlikely to have left any doubt that the Communist party has taken the right path for economic growth and for unifying China. That lends weight to Mr Xi’s scripted review of the troops and weapons on Tiananmen Square on October 1, even in the face of the challenges coming from Hong Kong and Taiwan.

“Xi believes in the CCP as a righteous force in Chinese history,” says Mr Torigian. “One that is on the right side of history.”