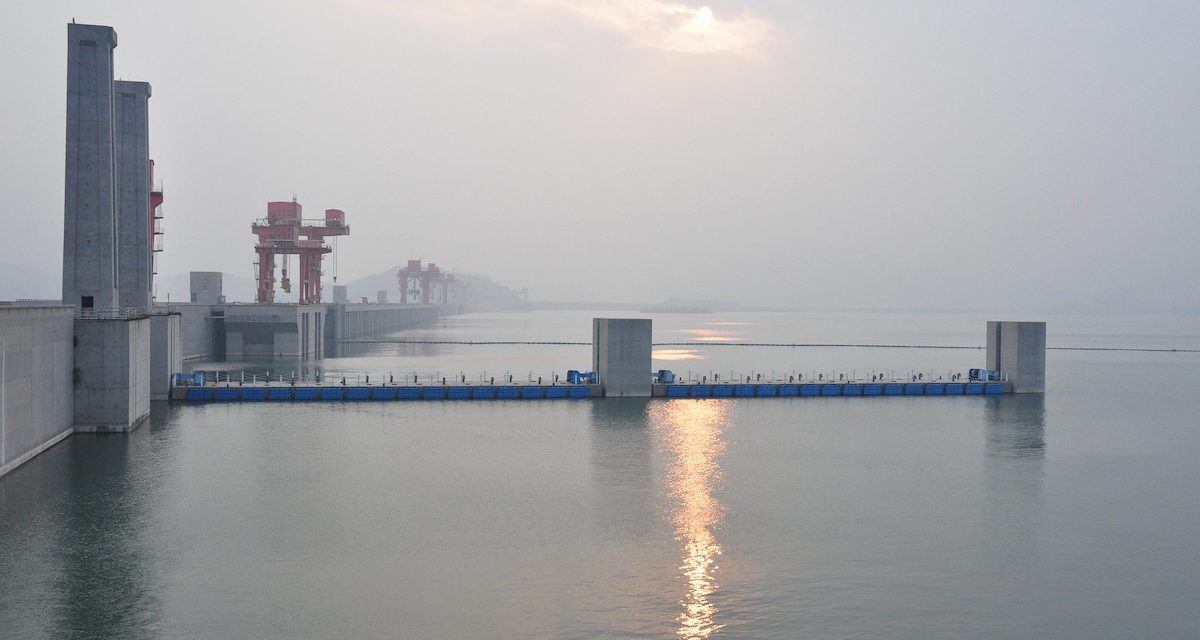 The Three Gorges Project, the gravity dam and hydroelectric power station on the Yangtze River that is currently the world’s largest power station, is back in the news in China. And state-run media are pushing to reassure the public that the dam is safe. So why is this becoming an issue now?

In recent days, posts on social media have suggested satellite imagery of the mega-structure now shows that it is warping, calling into question its structural integrity. Other posts have reported so far unsubstantiated claims that authorities have halted tours to the area. 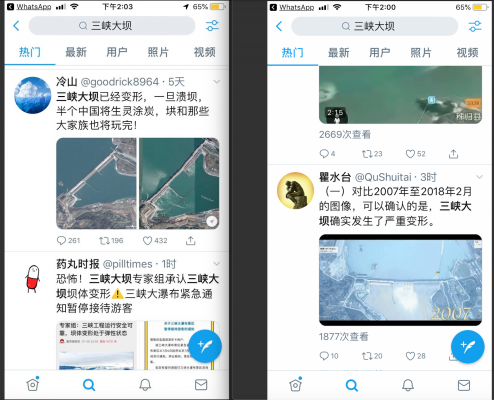 This second social media post actually refers to efforts by the authorities to counter discussion about possible problems with the project. It shares an image of coverage yesterday from The Beijing News.

The apparent point of the article in The Beijing News was to urge calm, citing a team of experts who certify that the project is safe, and that “the warping of the dam’s shape owes to its elasticity” (坝体变形处于弹性状态). The report was based entirely  on a public relations release from the state-run China Three Gorges Corporation (中国长江三峡集团有限公司), which explained that the project had undergone regular safety inspections since the formation of its safety inspection team in 1999. The release even included an image of the log books published annually to document the dam’s operation. 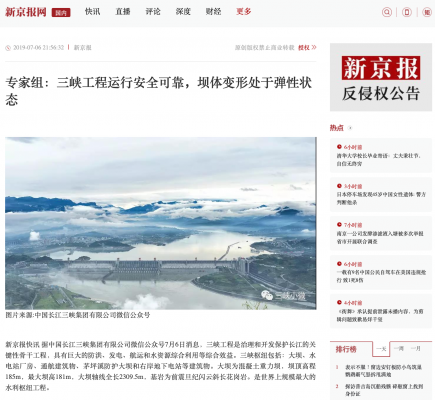 Clearly, not all have been comforted by the affirmation from experts that the dam warps because of its “elasticity.” And part of the problem may be mixed messaging as the government tries to contain speculation. According to other official statements circulating after the story began trending around July 1, the inaccuracy of satellite imagery from Google, which is blocked in China, is the source of the misunderstanding.

On July 2, an official speaking with the Shanghai-based news outlet The Paper said that the satellite imagery circulating online had been generated from Google, and was a product of Google algorithms rather than a reliable and accurate image of the Three Gorges project. According to a report on the website of The Observer(guancha.cn), the official said that “the topography of the Three Gorges region shown on Google Maps often shows inaccuracies, because ‘the coordinates have been processed.’” 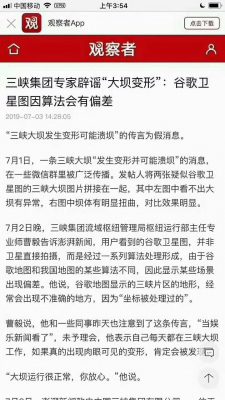 Naturally, given the fact that the Three Gorges has for some stood as a point of pride and a symbol of China’s technological and engineering prowess, accusations are also surfacing that the whole focus on the Three Gorges Project over the past five days has been a conspiracy cooked up by “anti-China forces.”

“Once Again Certain People Cause Trouble Over the Three Gorges Dam,” reads the headline of the following post. It goes on to say that, “[We] must forcefully strike the faces of anti-China forces (反华分子), building a sturdy dam against public opinion in society.” In other words, the discussion itself is the problem that needs fixing. 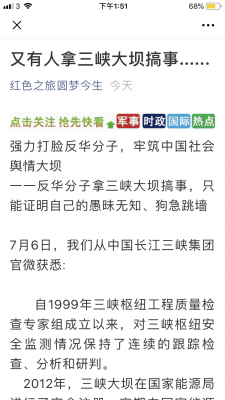 Throughout its history — and we are now at the centennial, we might note, of the first mention of the project by Dr. Sun Yat-sen in 1919 — the Three Gorges Dam has been a source of controversy. And at no point since the project’s construction got underway in the 1980s has discussion of the possible implications in terms of environmental or human cost been truly possible. For a look at the history of that discussion, we can recommend our 2015 piece by author Xiao Shu, and of course also Dai Qing’s groundbreaking work Yangtze! Yangtze!, published in 1989.

It is interesting to see this latest surge in interest inside China in a project that deserves a great deal more discussion. But this will almost certainly be a short-lived discussion — a momentary breach of the dam.