SCMP has produced a detailed timeline of events, with photos, of the July 1 round of protests in Hong Kong. It’s too long to post here in its entirety.–Kirk 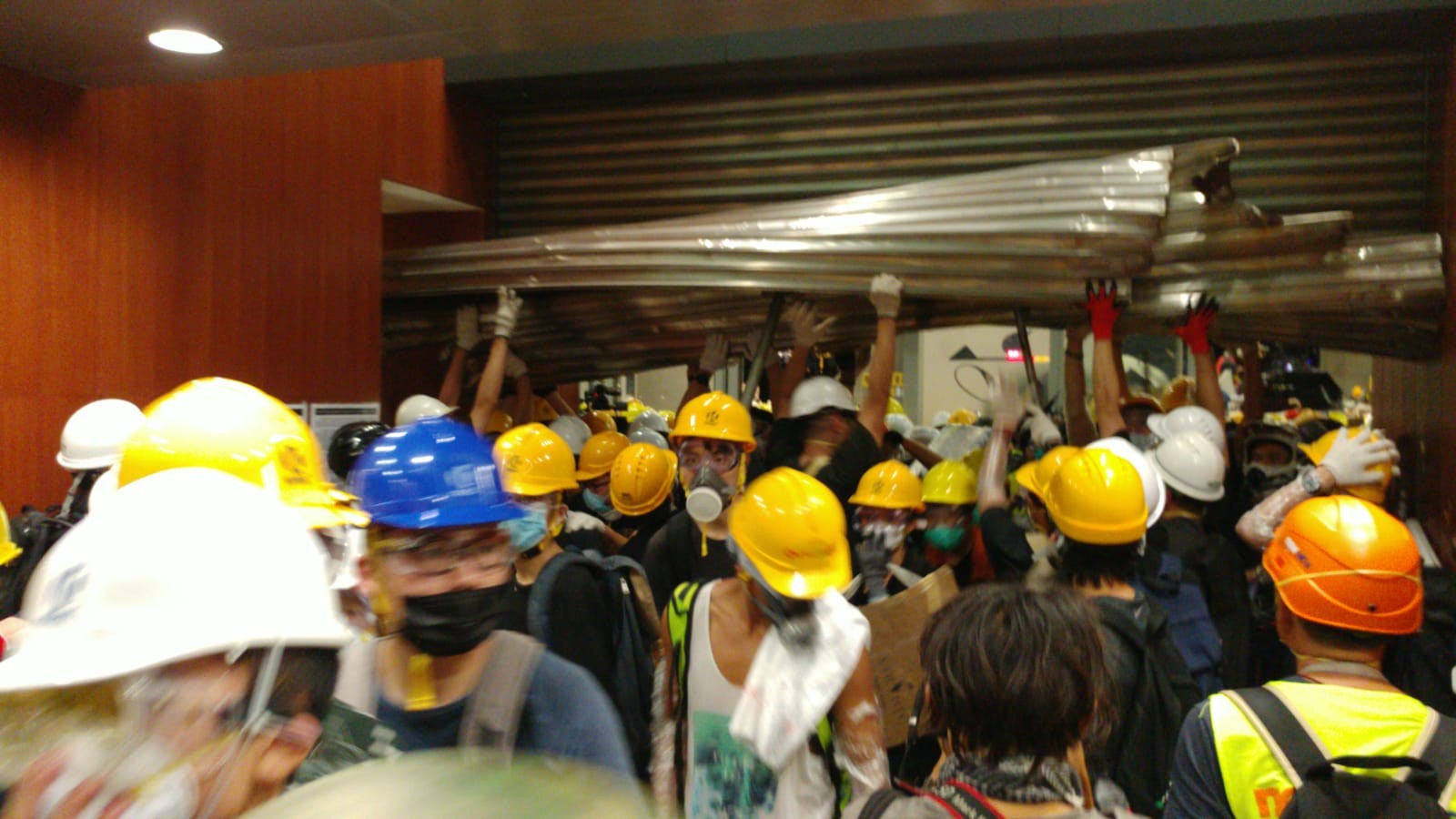 Protesters storm in the legislature after hours of mayhem outside. Photo: Felix Wong

Protesters have stormed into the Legislative Council, after hours of besieging the building, smashing glass doors and removing metal bars in a day of violence marking the 22nd anniversary of the city’s return to China.

Their actions were in stark contrast to peaceful rally of hundreds of thousands of Hongkongers dressed mostly in black who took part in the annual July 1 march, starting out from Victoria Park. The marchers ended their parade at a diverted venue at Chater Road in Central, as organisers agreed to avoid the scene of chaos near the government complex in Admiralty.