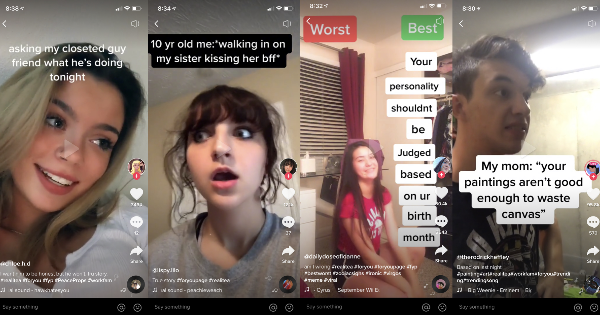 Photo credit: SupChina compilation of screenshots from TikTok feeds in the U.S.

In a major milestone for a Chinese technology company, the short-video app TikTok, known as Douyin (抖音 dǒuyīn) in its home country, was downloaded over 1 billion times as of earlier this year. That’s according to statistics from Sensor Tower, a U.S. company that tracks apps.

Bytedance now seeks to take a larger bite of the global video advertising market currently dominated by Instagram, Snapchat, and Youtube. The company has made a series of high-profile hires and publicity appearances, including at the Cannes Lions festival, where Fast Company says “TikTok’s rising cultural cachet is palpable—and seemingly irresistible to marketers.”