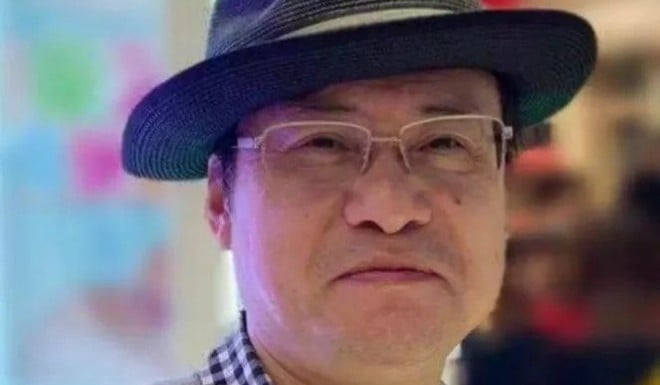 Qu Weiguo went to Harvard University in 2004 as a visiting scholar for the Fullbright program. Photo: Weibo

It’s graduation time around the world, including in China, where students don their caps and gowns and listen to speeches that endeavor to offer insight into the meaning of life.

Qu Weiguo, the head of the English department at the prestigious Fudan University in Shanghai, took this opportunity seriously.

This week, he gave the class of 2019 an audacious speech praising the importance of fighting for individual liberty, talking with the world outside China and encouraging students to think independently.

Under President Xi Jinping – who took power in 2012 – academics, writers and public figures have been required to toe the party line.

Qu’s speech is a rare example of an open discussion about the importance of civil liberties in a society where national and party interests often trump the individual.

“Maybe because I was about to speak at graduation, I suddenly got worked up. Freedom is not a handout, we need to earn it with our efforts,” he said, adding that students should fight for both themselves and for others.

“You can lock up my body but you can never imprison my will,” he added, paraphrasing Mahatma Gandhi.

He said he wanted students to think independently. In order to do that, Qu told students to eschew a binary viewpoint of Eastern and Western culture.

Instead of focusing on the differences between the two, he said civilization was a result of different cultures coming together.

“Anyone who reads just one kind of book, and affiliates themselves with one authority, is living in a thought prison laid by books,” Qu said.

“Today’s civilization is a product of communication and fusion,” he said. “Your world view is quite different from your parents’ and grandparents’. Can you say theirs is Eastern and yours is Western?”

Intellectual freedom in China has been curtailed in the past decade. But during the Cultural Revolution from 1966 to 1976, intellectuals who held opinions different from the Communist Party’s ideology were often persecuted, sometimes violently. 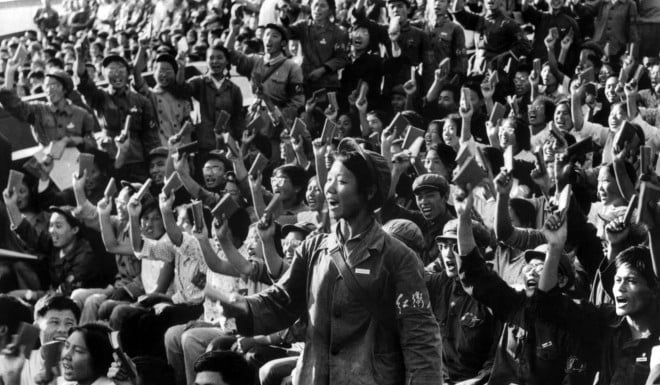 Hundreds of Red Guards, a propaganda squad made mostly of high school and university students, brandishing copies of the “Little Red Book”, a collection of Mao Zedong quotes, at a rally in 1966. Photo: AFP

In his speech, Qu paid tribute to Quentin Pan, a famed sociologist from the prestigious Tsinghua University in Beijing who was mistreated and died during the Cultural Revolution.

“When someone learns a sense of liberty under a libertarian education, they should be aware that liberty belongs to themselves. It does not belong to one’s family, social class, native country, ethnic group, religious belief, political party or profession,” Qu quoted Pan as saying. “We read and think so we can become better people.”

Near the end of the speech, he said that it would be his last.

When reached by Inkstone over email, Qu acknowledged his remarks but declined to comment further. Other Chinese intellectuals have reacted positively to the speech, which Qu shared on social media.

“I toast this dashing professor. One glass for freedom, another glass for courage. Cheers!” Chen Ming, a well-known professor and talk-show host, wrote on Weibo, China’s Twitter-like microblogging platform.

Qu did not criticize anyone directly or comment on current government policy. But speaking up in China can be costly.

Earlier this year, liberal intellectual Xu Zhangrun, who had taught at Tsinghua, was suspended from teaching and barred from leaving the country, after he openly criticized the Chinese president.

Qin is a multimedia producer at Inkstone. Most recently, she was a senior video producer for The New Yorker’s video team. Prior to that she was at CNBC, making short documentaries and writing about how technology shapes lives.