Source: Goldthread (5/29/19)
5 Chinese internet slang phrases you should know, illustrated
By Frankie Huang
Frankie Huang is a Shanghai-based illustrator who writes a daily Twitter column called #PutongWords, where she dissects the origins of commonly used Chinese phrases.Many of them are poetic and visual—such as 吸猫 (ximao), “inhaling cats”—but they carry much deeper meanings. (In this case, “inhaling cats” is internet slang for people who are addicted to taking care of their pets.) We asked Frankie to illustrate some common Chinese internet slang and explain the deeper meaning behind the literal phrases. 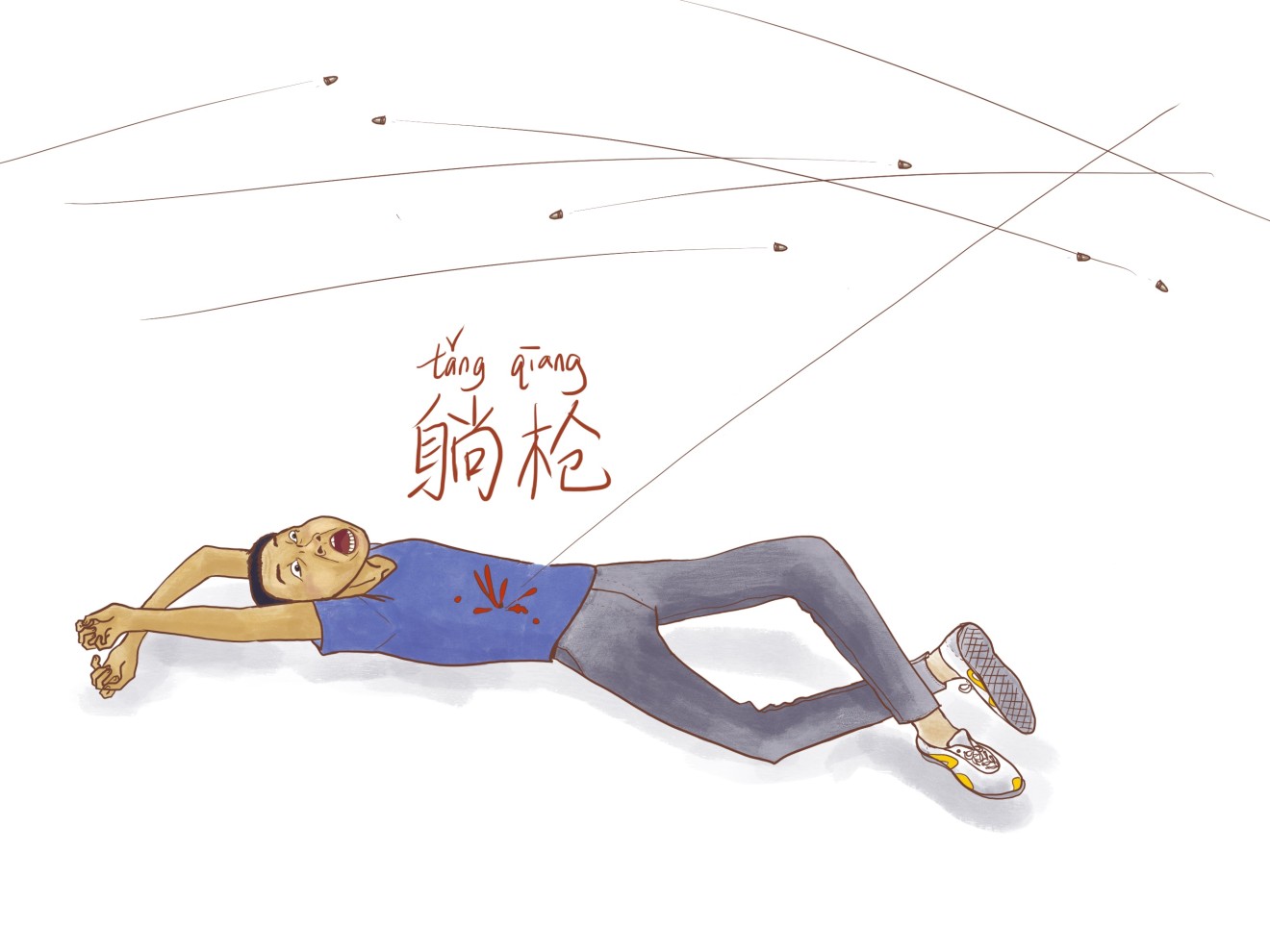 Get shot lying down

Sometimes you go out of your way to avoid trouble, but trouble finds you like a stray bullet during a firefight. 躺枪 (tangqiang) literally means “to get shot lying down,” and it perfectly describes a situation where you become the victim of a fight in which you had no stake in fighting. The phrase is frequently used in online forums and conversations where multiple parties are present and things get a little too messy or heated. 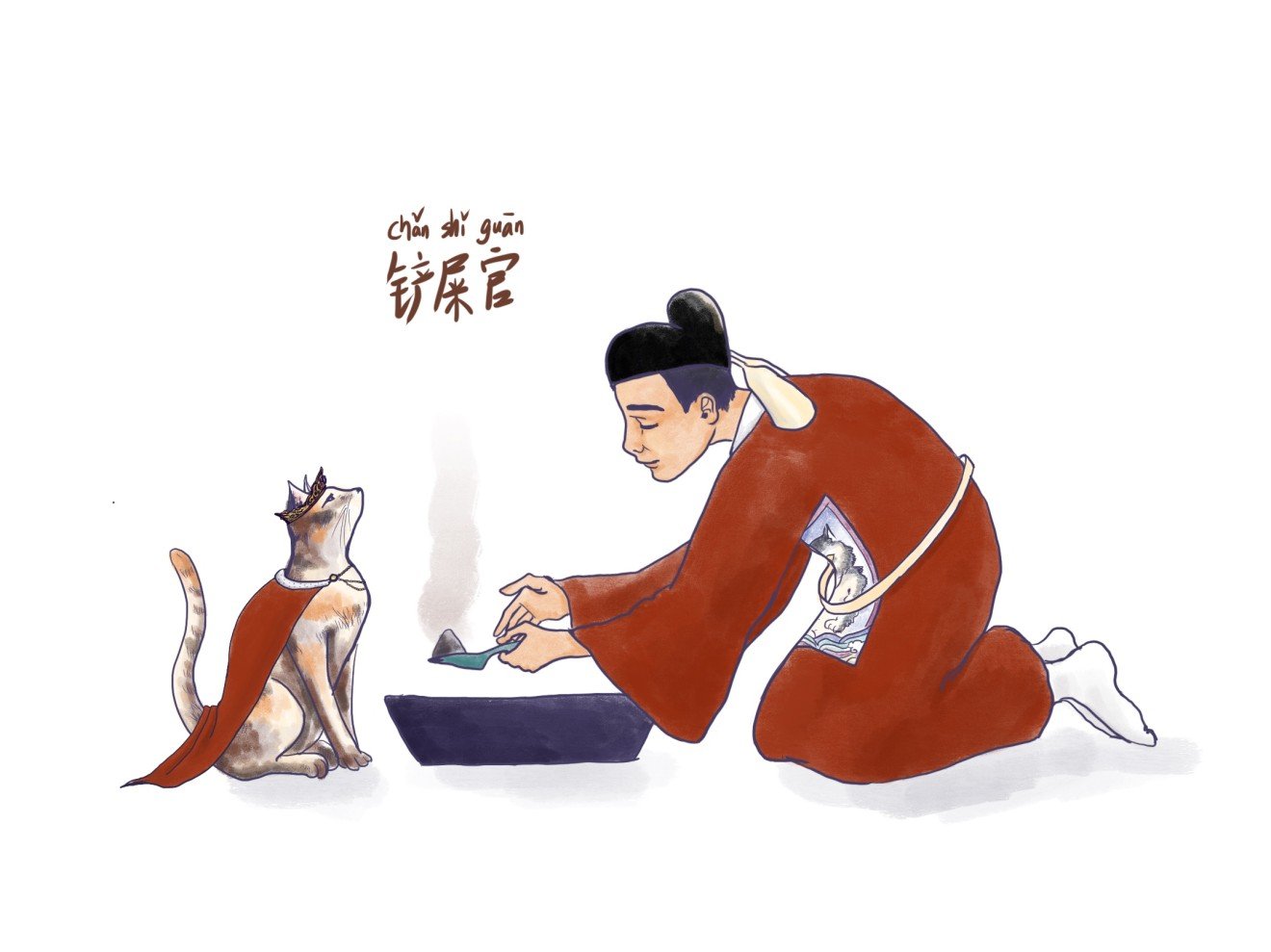 When it comes to pet ownership, who really owns whom? 铲屎官 (chanshiguan) literally means “the government official who scoops poop,” and it refers to the relationship between pets and humans. As pet ownership has become vogue in China, owners are using this self-deprecating title to demonstrate their almost compulsory devotion to their furry little emperors. The most devoted servants afford their pet every comfort, from wet food imported from Norway to regular visits to high-end salon visits. That’s on top of letting their pet sleep on their laptop keyboard whenever it pleases. What has become known as toxic masculinity elsewhere has taken the form of a pathological metaphor in China. 直男癌 (zhinanai), literally “straight-man cancer,” is an apt term for the destructive quality of misogynistic behavior that emerges from within—a terminal illness whose only cure is to be eliminated. The phrase emerged on internet forums around 2014 to describe a specific type of man—overtly sexist, hostile to women, and stubbornly conservative, the Chinese equivalent of a men’s rights activist. 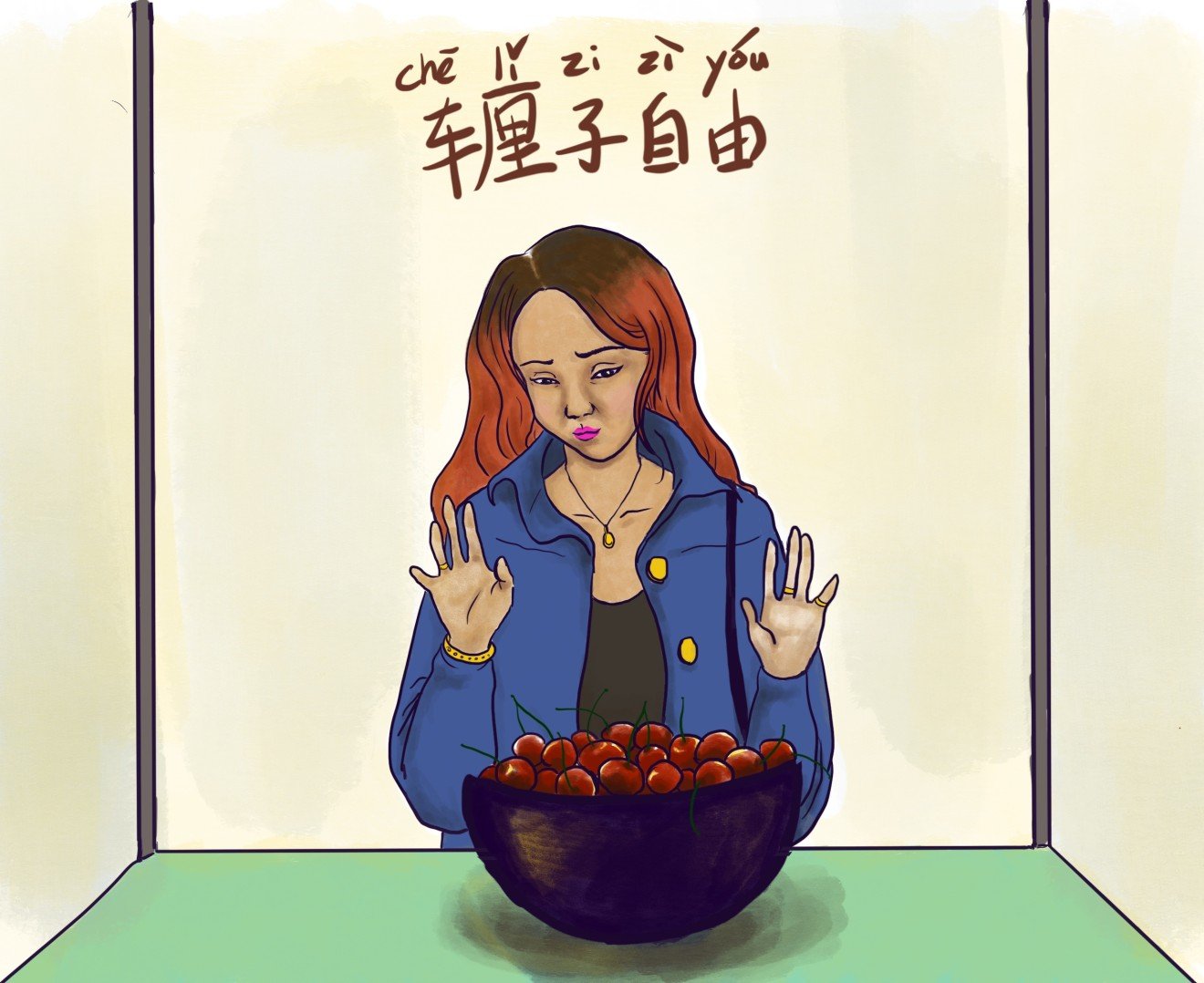 You might be doing well for yourself, making a decent salary and buying nice things to enjoy, but a new standard for financial independence has emerged in China: whether you can afford to indulge in as many imported cherries as you’d like.

If you can, then you have 车厘子自由 (cheliziziyou), “cherry freedom.” The phrase became popular this Chinese New Year, when the price of imported cherries skyrocketed because of demand (it’s a common New Year’s gift) and people took to the internet to complain about how they couldn’t afford the luxury gift.

Wrapped around this nonsensical trend is concern about the rising cost of living in China’s big cities.

Another meme lists different “levels” of freedom one can achieve with varying financial independence, including the ability to afford milk tea without thinking twice. 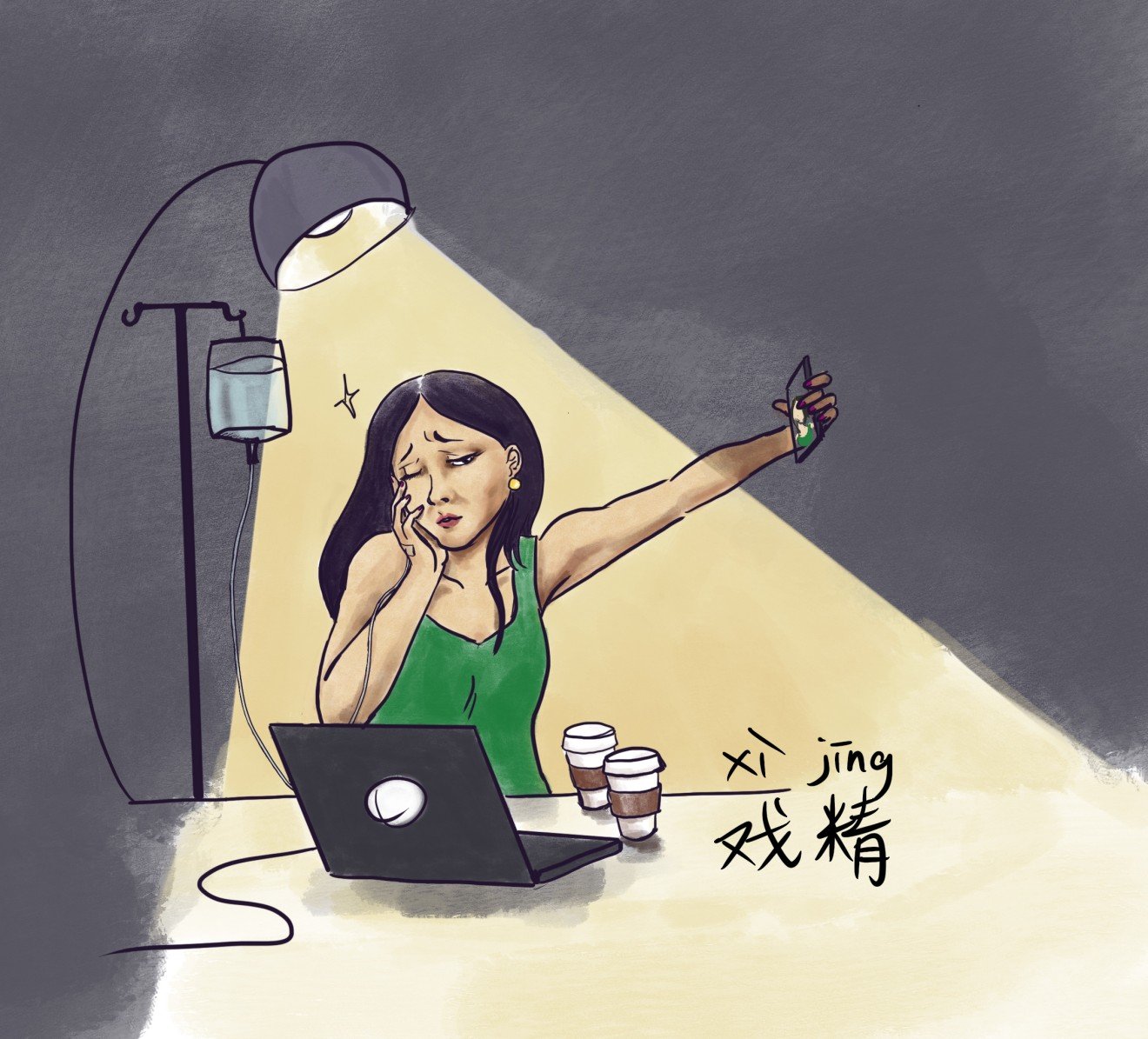 In Chinese folklore, a 精 (jing) is a powerful spirit that has amassed the energies of one specific thing to become its master. By that logic, a 戏精 (xijing), literally “drama spirit,” is a creature with an unparalleled command of theatrics and performance. The term was once used to compliment a talented actor, but it has since been appropriated to describe any person who acts as if their life is a TV show.

Think of that annoying office worker who always sucks up to the boss, or stays late to give off the impression that they’re hard-working (even if they might not actually be doing anything).

Frankie Huang was born in Beijing and raised in New Jersey. She is a freelance writer, illustrator, and strategist based in Shanghai. Her work explores feminism, diaspora, and social issues in China.