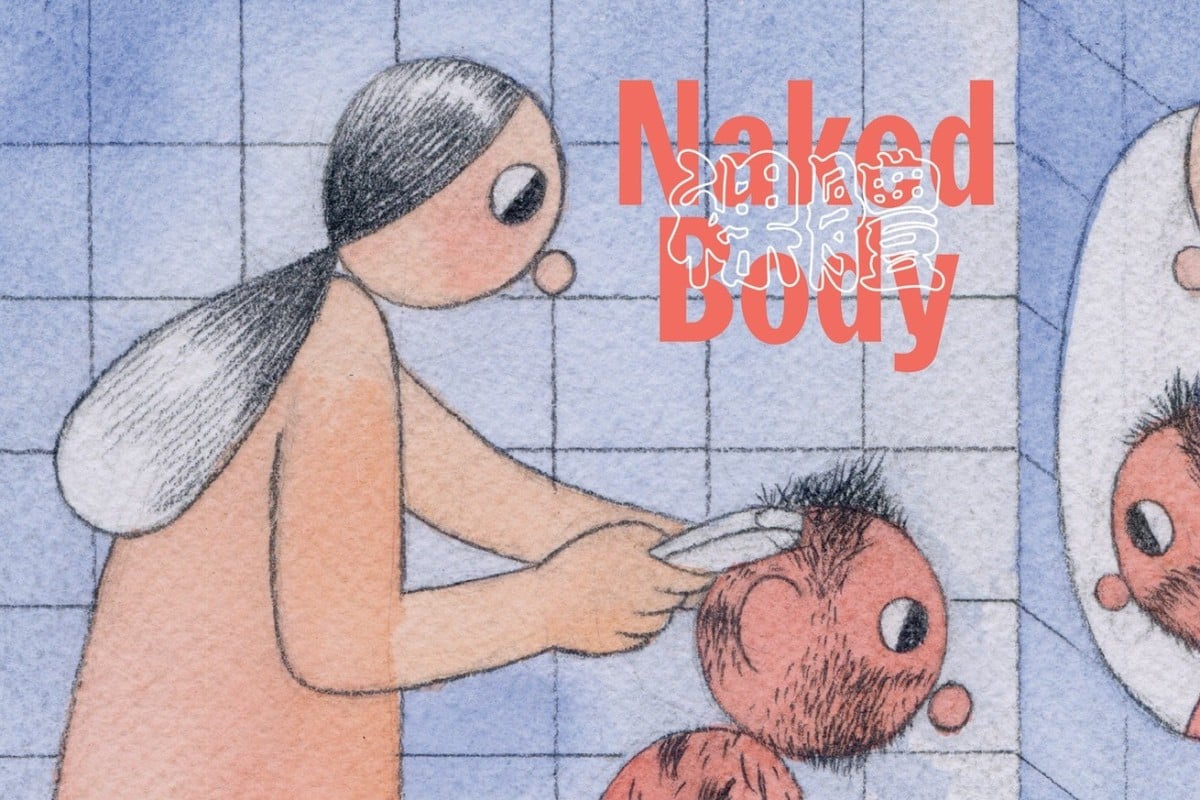 Naked Body is a Chinese comic collection of short stories all featuring nudity.

Back in the early 2010s, Beijing comic artist Yan Cong (a pseudonym that translates to “chimney”) was told by printers that they wouldn’t publish any of his books with nudity in them. Both irritated and inspired, he decided to respond to the censorship with an anthology in which all the main characters were nude.

Naked Body, published in Chinese in 2014, highlighted the humour, loopiness, horniness and astonishing breadth of the Chinese alternative comics scene. It is finally due to be published in English this year.

Japanese and European comics have had a strong influence on US creators, but Chinese comics are less well known than Japanese or American; partly because of the censorship that inspired Naked Body that means the state keeps a tight hold on what’s released.

“It’s quite difficult to do independent publishing in China,” says Orion Martin, at English publisher Paradise Systems. “State-owned enterprise publishers have access to state-issued book numbers, and if you don’t have a book number, then you cannot distribute through state-run or regular online bookstores.” 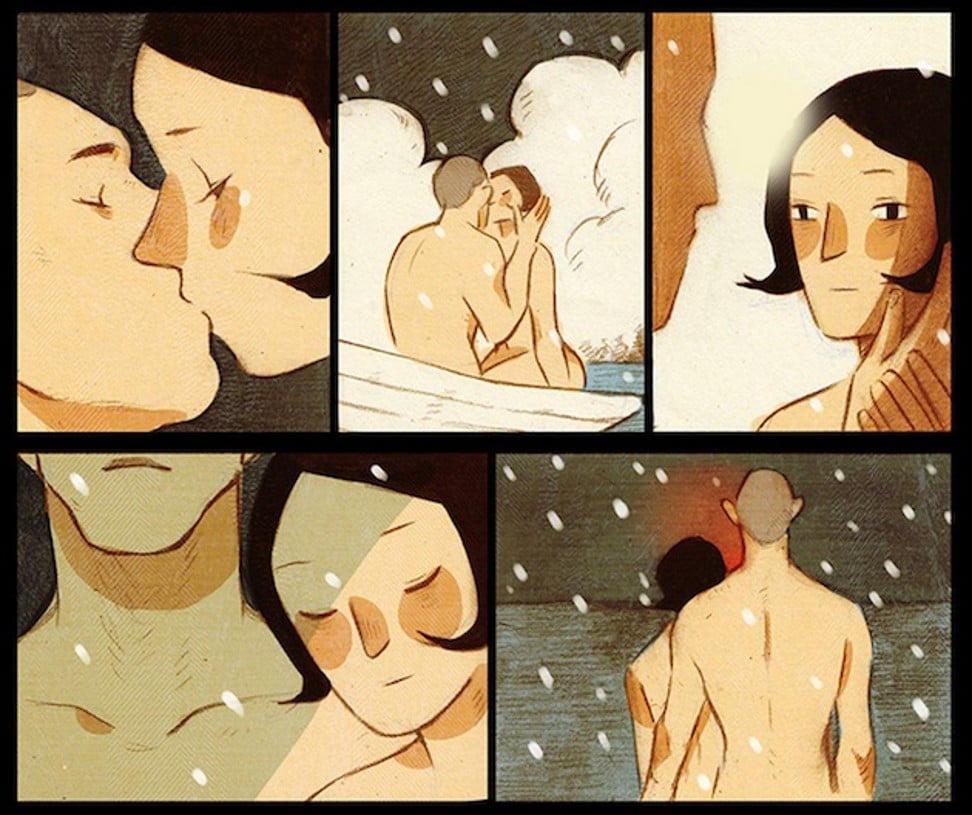 Naked Body was published in Chinese in 2014 and is due to be released in English this year.

Artists such as Cong, who want to distribute work that addresses sexual themes or nudity, generally have to set up their own online shops. But these are subject to censorship too. In the past, Cong has had his webpage removed by the Chinese authorities without explanation.

Martin says that there’s softer censorship online too: “Chinese social media is huge, there are millions of people taking part, and there are these huge memes. But in order for a meme to be really huge in China, it has to be something that’s at least, at some level, approved by the government.” The same government can also take effective measures to stifle it. Weird independent comics with nudity are not one of the things that the Chinese authorities are going to allow to proliferate. 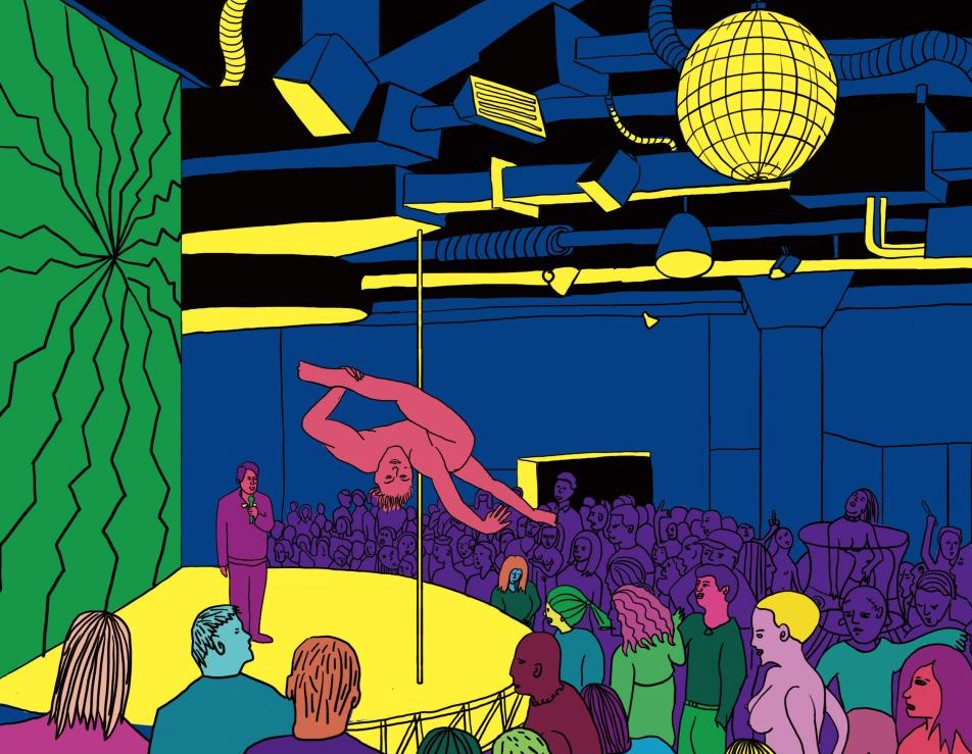 Naked Body is a reaction to China’s culture of censorship.

The Chinese independent comics scene is relatively scattered in comparison to that of Japan, Europe or the US.

For a more solemn anthology, the lack of a central look or approach might be a problem. But for Naked Body, which is all about freedom of expression and letting it all hang out, the variety of approaches is exciting, disorienting and perfectly imperfect.

There is About Love by SM, a playful short story about making love on a boat and being eaten by a sea monster. And Ryan’s Naked is a wordless slapstick sequence set in a communal shower, in which a man’s head is eaten by shaving cream – and then things get even weirder. 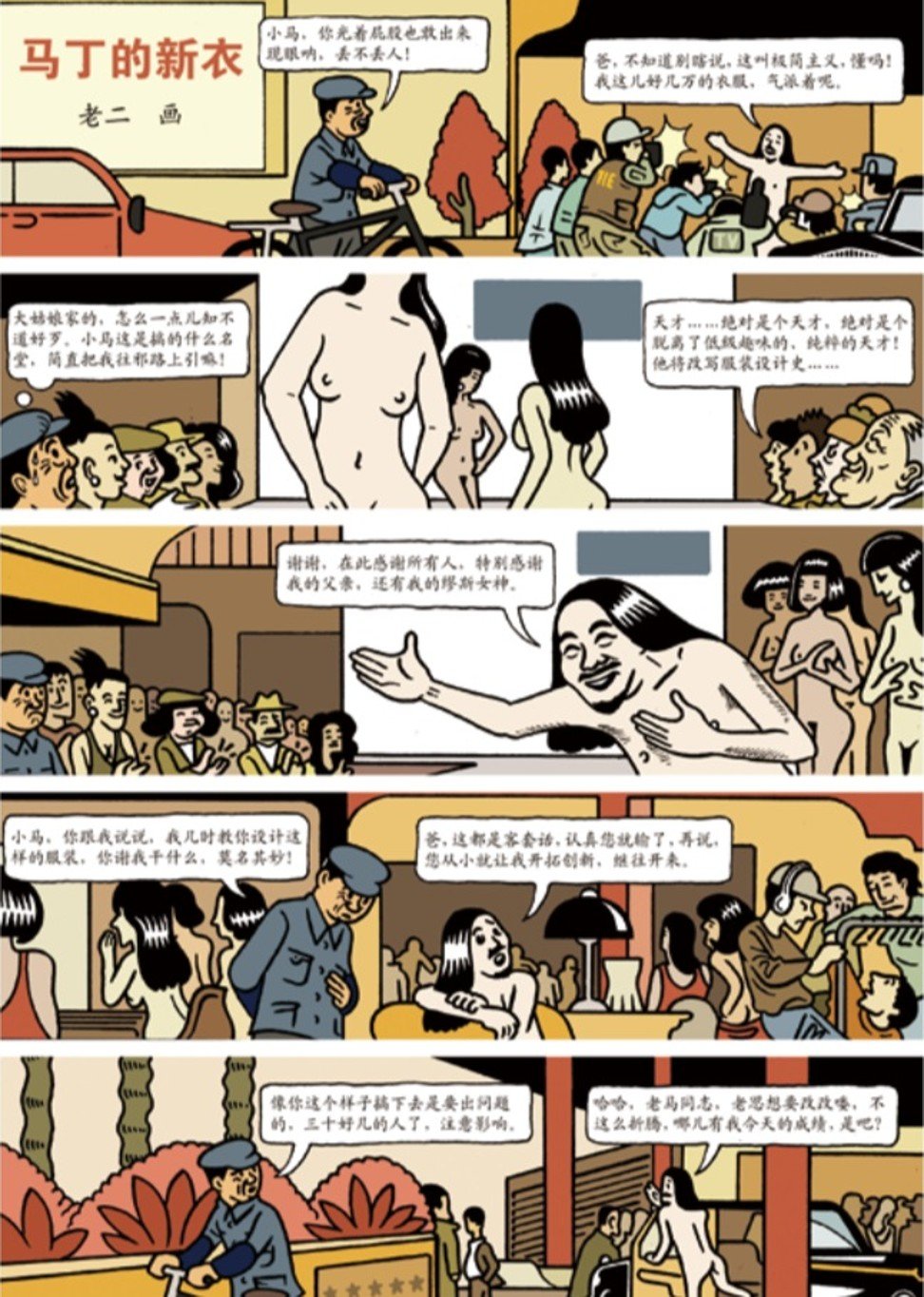 Some of the comics in Naked Body couldn’t be told without nudity. For example, WangXX’s Hair is a visually sparse story in which a woman anxiously contemplates her body hair in the shower. “How much hair is normal anyway? When it gets wet in the shower, it looks like more,” she thinks, before doing a survey of her body: elbows, feet, chest and belly.

Similarly, Leng Wenzhi’s Pina Colada is a dreamy watercolour depiction of two men talking about their shared foot fetish and Madonna fandom, while having sex.

Others just shoehorn nudity in. Another World by Sadan is about an old woman’s journey to the afterlife, where (conveniently) no one wears clothes. The woman hangs out with snake-tongued demons until she realises she can imagine life after death any way she wants. “So I can choose what you look like?” she asks with a mischievous smile, before turning the demon into a bikini model.

The old woman obviously thinks, contrary to the Chinese censors, that gratuitous skin is fun. A lot of people agree with her, if the success of Paradise Systems’ Kickstarter is any indication. The publisher hoped to raise US$8,000 to publish Naked Body but it received more than US$16,000 in contributions. The US translation will hopefully make the book more visible and available in China, too. 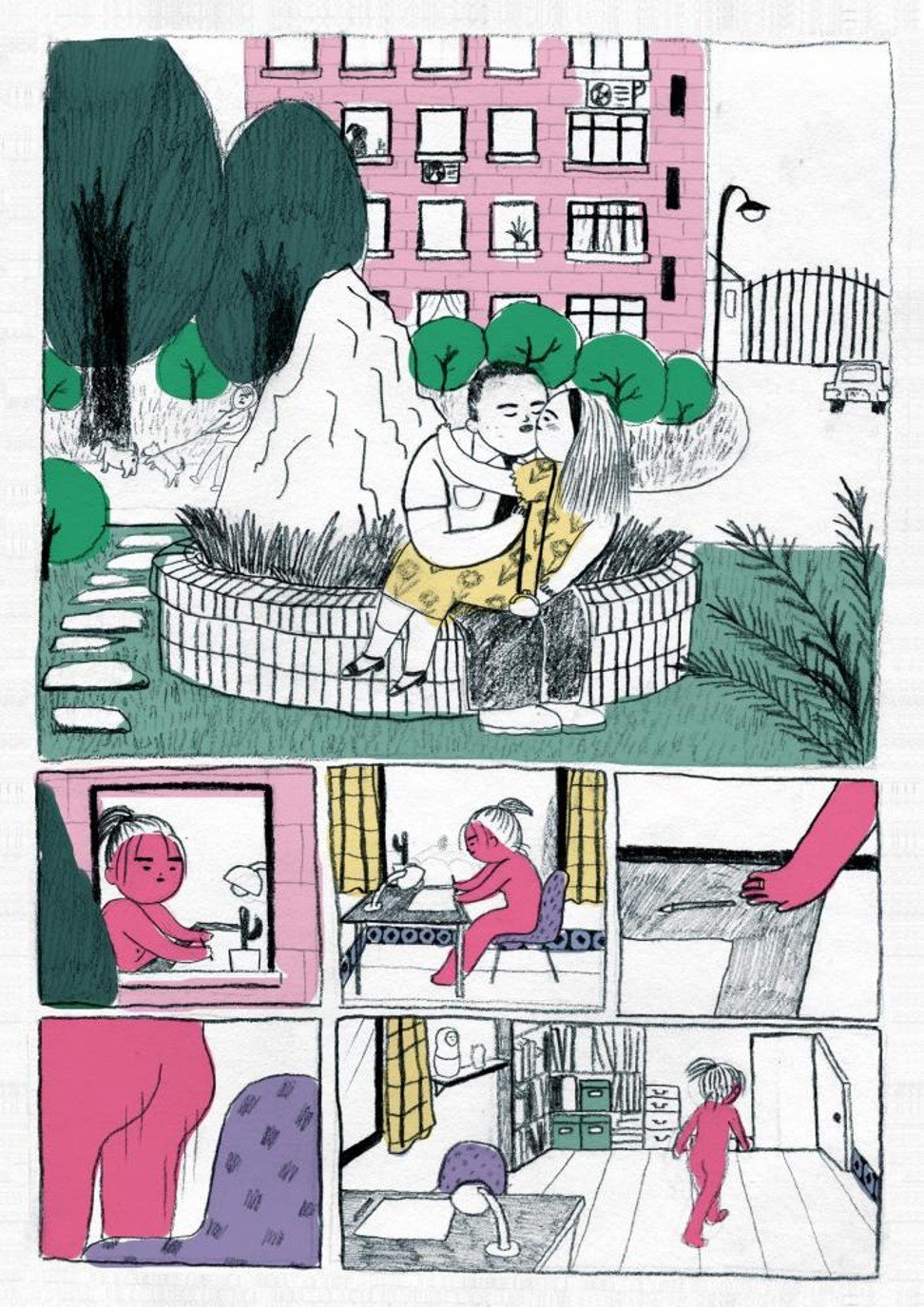 The anthology covers sex, silliness, irreverence and thinking about the world in a different way.

Being naked doesn’t mean being more free. Many of the characters in the anthology are irritated or upset that they have to parade around in the buff. (“F***” Inkee Wang’s protagonist says succinctly when she’s told she has to wear nothing.) But nudity in the anthology inevitably works as a metaphor for all the things that the forces of repression frown upon: sex, silliness, irreverence, thinking about the world in a different way. Naked Body is a reminder of how much imagination can uncover, and recover, wherever you live.