Source: Daily Mail (4/12/19)
China plans to send millions of students from cities to the countryside to ‘develop’ rural areas amid fears that Mao’s Cultural Revolution is making a comeback 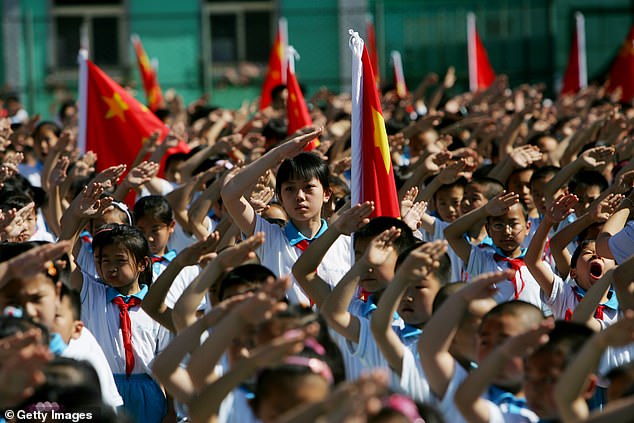 Students of the China Young Pioneers, an organisation run by the Communist Youth League, salute during a ceremony held for International Children’s Day at Qiyi Primary School on May 31, 2009 in Beijing. The CYL has promised to despatch more than 10 million students to ‘rural zones’ by 2022 to ‘increase their skills, spread civilisation and promote science’

China is planning to send millions of youth ‘volunteers’ back to the villages, raising fears of a return to the methods of Chairman Mao’s brutal Cultural Revolution of 50 years ago.

The Communist Youth League (CYL) has promised to despatch more than 10 million students to ‘rural zones’ by 2022 in order to ‘increase their skills, spread civilisation and promote science and technology,’ according to a Communist Party document.

The aim is to bring to the rural areas the talents of those who would otherwise be attracted to life in the big cities, according to a CYL document quoted in the official Global Times daily Thursday.

‘We need young people to use science and technology to help the countryside innovate its traditional development models,’ Zhang Linbin, deputy head of a township in central Hunan Province, told the state-run Global Times.

Students will be called upon to live in the countryside during their summer holidays, although the CYL did not say how young people would be persuaded to volunteer.

Former revolutionary bases, zones suffering from extreme poverty and ethnic minority areas will receive top priority, according to the CYL.

Relations are often fraught between the Han majority, who make up more than 90 percent of the population, and ethnic minorities like the Tibetans and Muslim Uighurs. 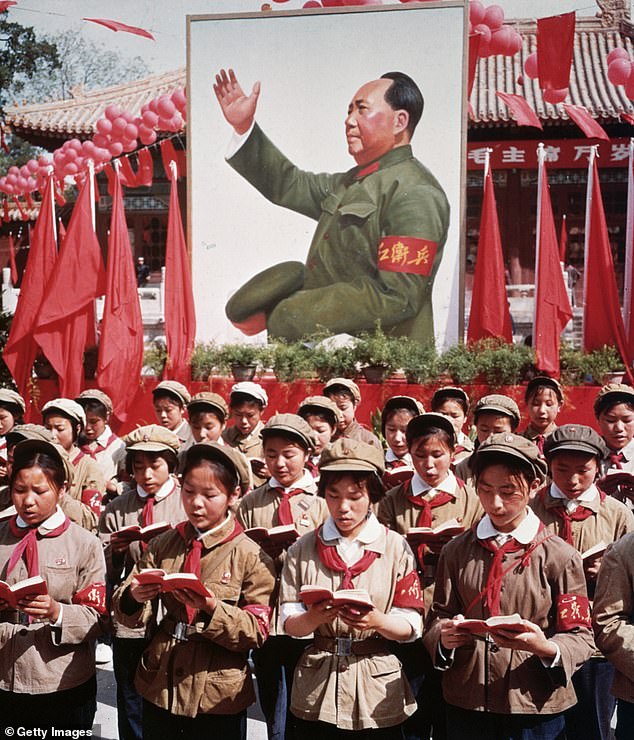 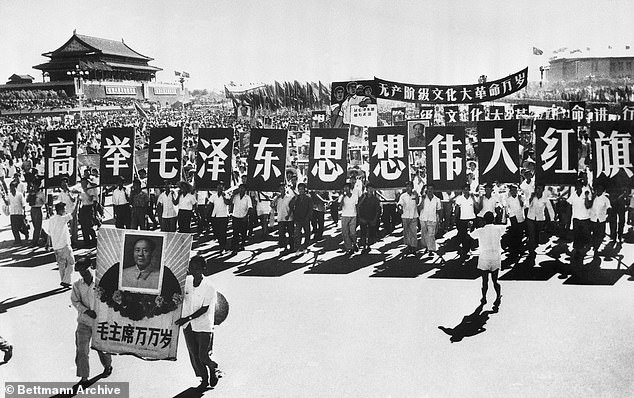 Students and teachers march through Beijing’s Tiananmen Square in support of Chairman Mao. They hold placards reading ‘Raise High Mao Zedong’s Thought and Great Red Flag’. The plan to send students back to villages has raised fears of a return to the methods of Mao

Many evoked the chaos of the 1966-76 Cultural Revolution, when Mao sent millions of ‘young intellectuals’ into often primitive conditions in the countryside, while universities were closed for a decade.

‘Has it started again?’ wondered one user named WangTingYu.

‘We did that 40 years ago,’ wrote Miruirong.

Current President Xi Jinping, known for his nostalgia for the Mao era, himself spent seven years in a village in the poor northern province of Shaanxi from the age of 16.