Source: SCMP (3/12/19)
How China’s Fifth Generation filmmakers defied censorship and criticism to break new ground
New ways of storytelling and rich political allegories were the innovations that this new breed of maverick directors introduced. Bold in abstraction and symbolism, their films relied on images rather than dialogue for expression
By Richard James Havis 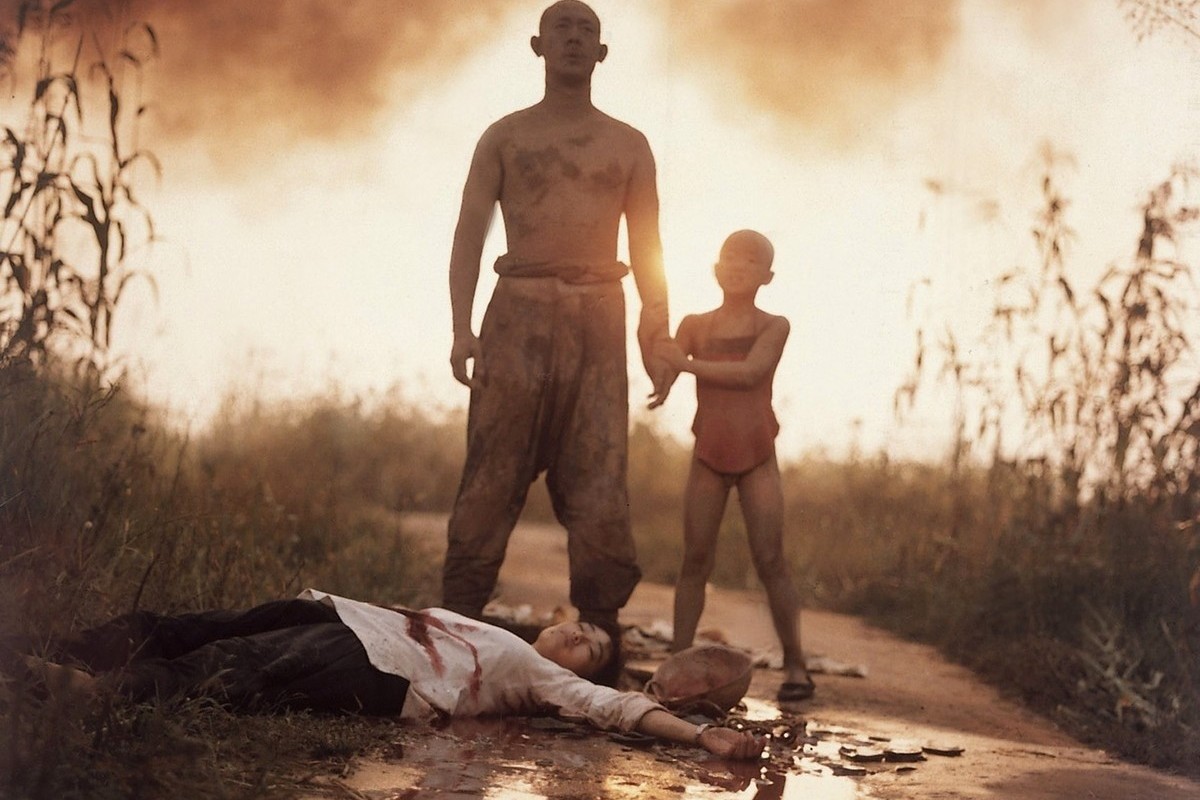 It has been 41 years since China’s Fifth Generation filmmakers started classes at the Beijing Film Academy, and 35 years since The Yellow Earth, directed by Chen Kaige and photographed by Zhang Yimou, changed the face of filmmaking in the country.

The Chinese film industry has modernised so quickly that the innovations this disparate group brought to filmmaking in the country, and the courage they showed in the face of censorship by the state authorities, has been all but forgotten.

Zhang Junzhao’s little-seen and once-banned One and Eight, which is generally considered the first of the Fifth Generation’s films, will also be screened, as will Zhang Yimou’s vibrant directorial debut Red Sorghum. 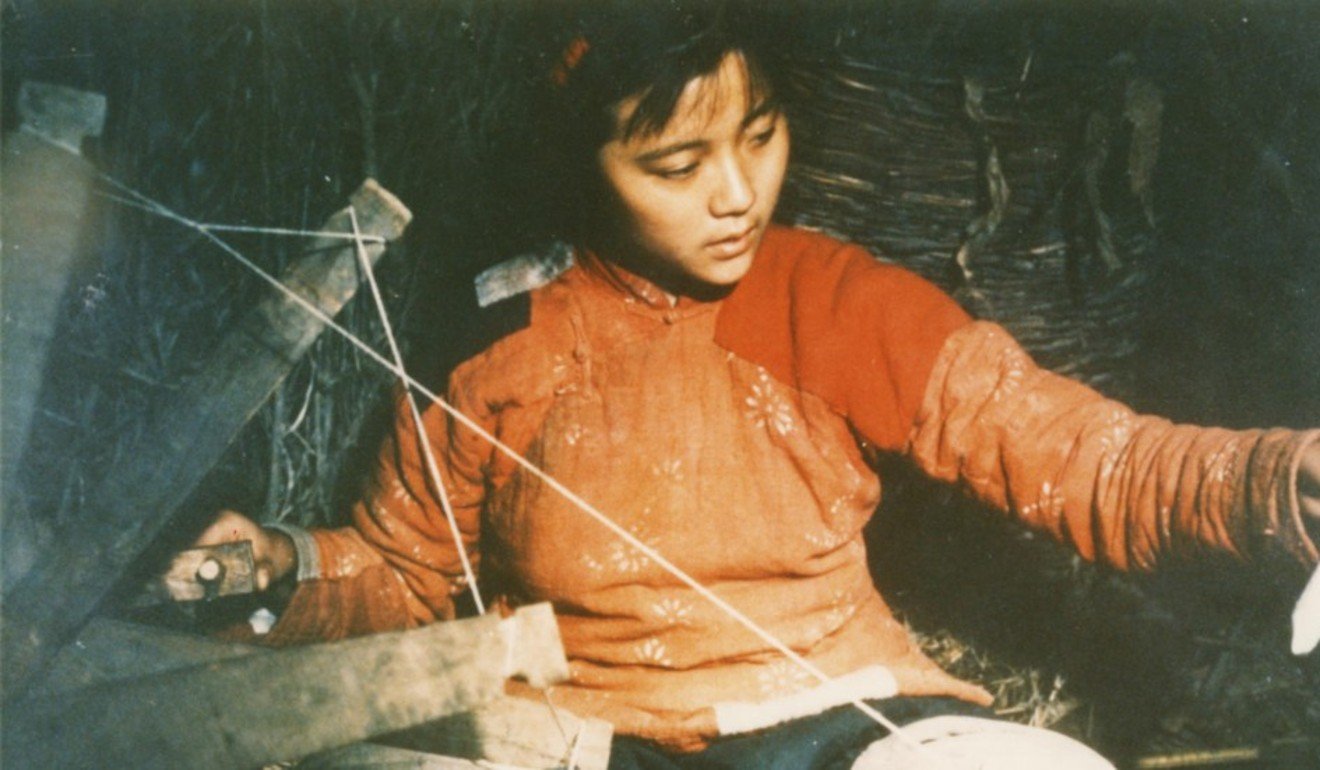 “We have been wanting to run this retrospective for quite some time,” says Geoffrey Wong, director of programming at the HKIFF. “The timing is finally right as the five major works in the programme have been restored.”

The Fifth Generation is the name loosely applied to the filmmakers who attended the Beijing Film Academy when it reopened its doors in 1978. Like all educational establishments in China, the Academy was shut down in 1965 at the start of the Cultural Revolution.

The academy was inundated with applications when it reopened, and the hopefuls who were accepted included future famous directors like Zhang Yimou, Chen Kaige and Tian Zhuangzhuang; well-known cinematographers like Gu Changwei; and many others who went on to become filmmakers of note.

The students, who hailed from varied backgrounds, were encouraged to experiment, and a new style of Chinese film emerged.

“The Fifth Generation filmmakers broke new ground with brand new ways of storytelling and rich political allegories,” Wong says. “They were bold in abstraction and symbolism, at times relying on images rather than dialogue for expression. Vast landscapes, ethnic traditions and village lives are depicted in a way to articulate human conditions. The contrast between humans and the overpowering environment around them is something remarkable that the Fifth Generation brought out.” 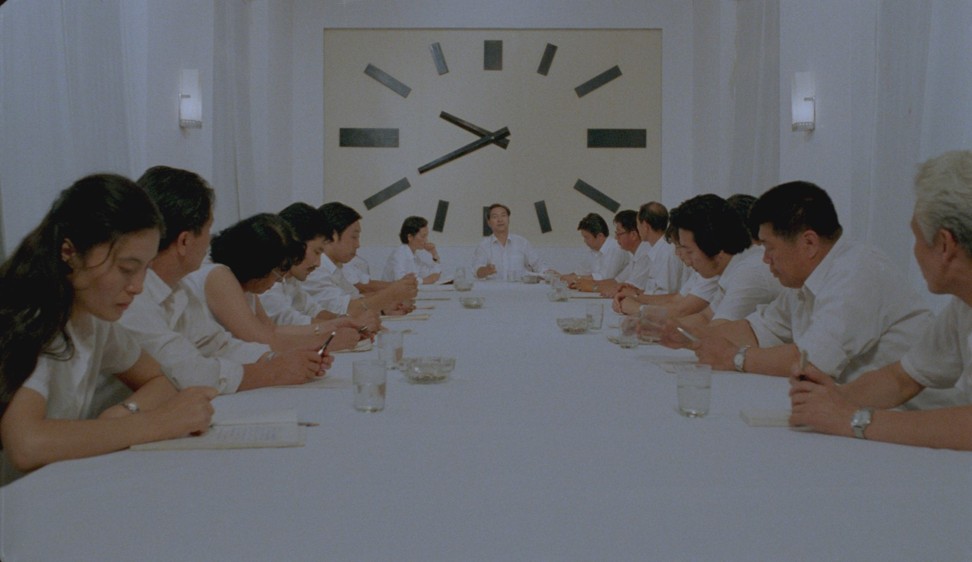 A scene from The Black Cannon Incident, Huang Jianxin’s 1985 film.

The filmmakers also modernised the style of Chinese filmmaking – they framed their shots differently, and they experimented with sound, lighting, editing and acting techniques.

China had a distinguished film history in the early 20th century, with production centring on Shanghai, the “Hollywood of the East”. But after the Communist victory in 1949, filmmakers had to adopt the Russian socialist-realist model. This meant that films had to be used as tools to tell viewers about Communist Party values, must look realistic, and should be simple enough to be understood by the peasantry.

The Fifth Generation films were different. “Their films contain sophisticated reflections on the country’s history, culture and its evolution. These qualities mark a distinct departure from the conventional, social-realist filmmaking that preceded them,” Wong says.

One and Eight, directed by Zhang Junzhao and photographed by Zhang Yimou, was the first full-length film completed by the Fifth Generation after graduation. The movie, which grew out of a student exercise, was filmed at the impoverished Guanxi Film Studios, which had agreed to take some of the recent graduates from the academy. The new filmmakers were given freedoms that they would not have found at a major studio like Beijing Film Studios – they were allowed to make a film straightaway rather than serving as apprentices, and they were again encouraged to experiment. 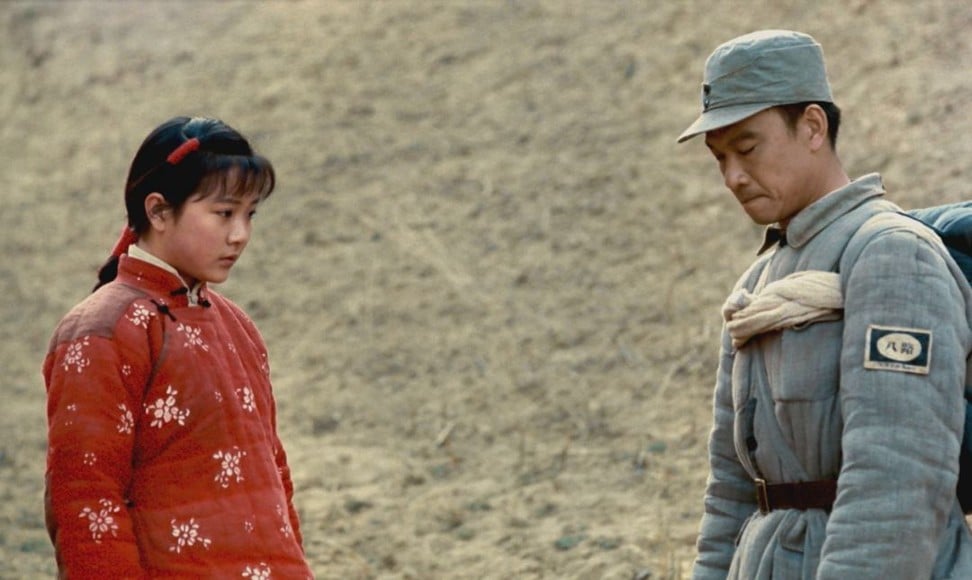 A still from Chen Kaige’s The Yellow Earth.

Although One and Eight is a heroic story about self-sacrifice while resisting the Japanese invaders, it did not adhere to Communist Party strictures – a heroic bandit, for instance, chooses to follow his own path at the end, whereas party rules mandated that such heroes should always join with the Communists. Although the film was admired by students and professors back at the academy, it was quickly banned.

It was left to The Yellow Earth, the next of the graduates’ films, directed by Chen Kaige and also produced at Guanxi, to announce the arrival of the Fifth Generation, and a new form of Chinese film.

The Yellow Earth was something new in Chinese cinema. It was metaphorical rather than prosaic, and it was open-ended in the sense that its meaning was left ambiguous. It does not directly criticise the Communist Party, but it does show that the party had not improved the lives of the peasants in the way it had claimed.

The film’s depiction of a peasant rain dance was criticised for making the country look primitive, and the fact that the communists in the film did not save the young protagonist from drowning was criticised for showing the party in a negative way.

“The Yellow Earth’s ambiguous take on the regime’s dogma was very unusual at the time, but such political undertones became one of the defining features of Fifth Generation cinema,” Wong says. 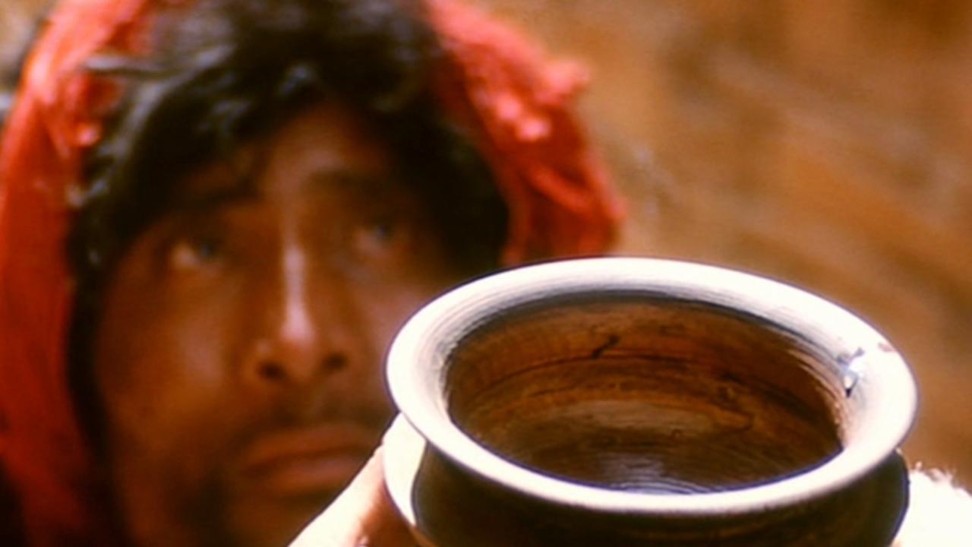 A scene from The Horse Thief (1986), directed by Tian Zhuangzhuang.

The film was attacked in China, but it was not banned. The Yellow Earth was screened at the HKIFF in 1984, where viewers were stunned that such a masterpiece could be made in China. A screening at the Hawaii Film Festival the following year brought the Fifth Generation to international attention.

Because of the high-profile success of films like Zhang Yimou’s Raise the Red Lantern, and Chen Kaige’s Farewell My Concubine, it is often thought that the Fifth Generation only made historical dramas. That is not the case. Right from the start, the filmmakers approached all genres. Chen’s second film The Big Parade took place in contemporary times; Tian’s The Horse Thief and On the Hunting Ground were set among China’s ethnic minorities; and Wu Ziniu’s banned Dove Tree was set during China’s 1979 border war with Vietnam.

There was even a comedian in the form of Huang Jianxin, who specialised in satirising modern China. Huang’s The Black Cannon Incident from 1985 lampoons bureaucrats by telling a story about the problems that occur when a chess piece goes missing in a mining company.

China’s Fifth Generation filmmakers may have lost their touch

“Each filmmaker has their own concerns but there is something that links them together: a critical approach towards the country’s socio-political circumstances,” Wong says. “They are also concerned with the impact of history and the prospect of progression; it is a matter of looking back and looking ahead at the same time.”

The Fifth Generation bore the scars of the Cultural Revolution, of which they had direct experience – Chen, Tian and Zhang, and most of their colleagues, had been sent to the countryside to “learn from the peasants”. Furthermore, Chen’s and Tian’s parents were heavily criticised by the Red Guards. Tian’s father, Tian Fang, who was once head of Bejing Film Studios, lost his health as a result, and Chen even shoved his own father, filmmaker Chen Huai’ai, during a Red Guard criticism session.

It was inevitable that the filmmakers would want to tackle the Cultural Revolution in their films, Chen with Farewell My Concubine, Zhang with To Live and Tian with The Blue Kite. One of the most touching films about the Cultural Revolution, Swan Song, was made by Zhang Zeming, a Fifth Generation director who did not attend the academy, but learned his craft at the Pearl River Studios in Guangzhou. 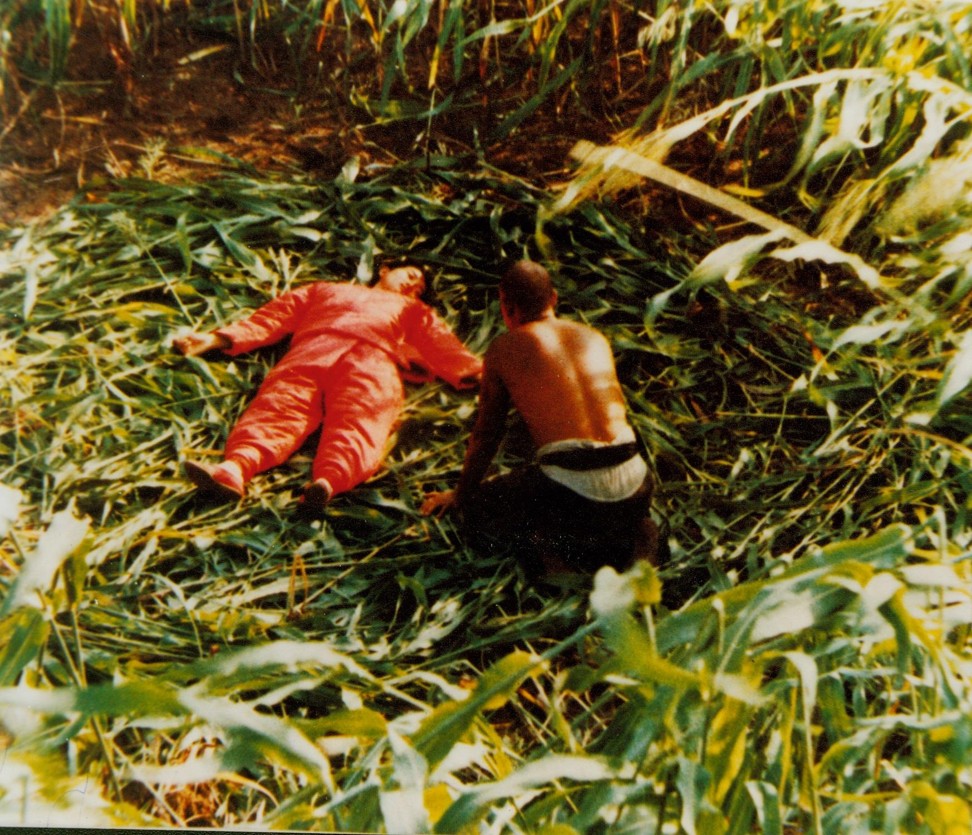 A scene from Red Sorghum (1988), directed by Zhang Yimou.

Zhang’s film tells the sad story of the Cultural Revolution’s effect on a composer whose son joins the Red Guards. But the film that ignited the most controversy was Tian Zhuangzhuang’s The Blue Kite. The forceful 1993 drama uses a child’s viewpoint of the Hundred Flowers Movement, the following Anti-Rightist Campaign in 1957, and the start of the Cultural Revolution, to illustrate the state-inflicted suffering of the Chinese people.

The Blue Kite dispenses with allegory and symbolism to portray events in a realistic manner. The authorities closed the film’s production in China after Tian reportedly switched back to a script that had not been approved, and the film was edited without him in Holland, using his notes.

Although it was permissible to talk about how the Cultural Revolution had affected individuals on a personal level – for instance, in the Scar or “wounded” literature of the 1980s – it was taboo to blame the Communist Party for its involvement in it, or dispute the Communist ideology which led to it. Tian was banned from filmmaking for five years as a result. 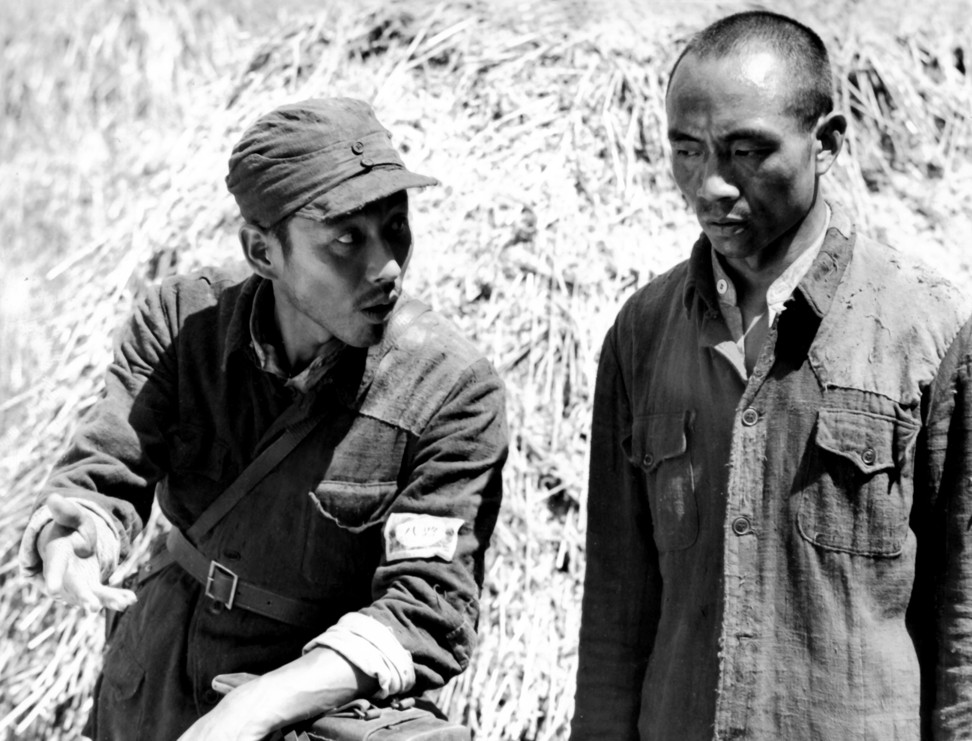 A still from Zhang Junzhao’s 1983 film One and Eight.

Zhang’s To Live was also banned, as was Chen’s Farewell My Concubine, although that finally did get released in China. Even today, depicting the Cultural Revolution on film is problematic, as evidenced by the authorities’ treatment of Zhang’s One Second this year, which may have been withdrawn from the Berlin Film Festival due to its Cultural Revolution setting.

The heyday of the Fifth Generation is now long gone – it ceased to exist as a coherent movement with shared ideals in the mid-1990s, and the filmmakers continued down their own individual paths. Although Zhang Yimou is still a major force in world cinema, the Fifth Generation’s vast contribution to Chinese film is rarely mentioned today.

Neither the Sixth Generation nor today’s commercial filmmakers cite them as an influence, and their technical innovations and their courage to challenge the authorities seem to have been forgotten. Hopefully the HKIFF retrospective is a step towards restoring the credit that they deserve. 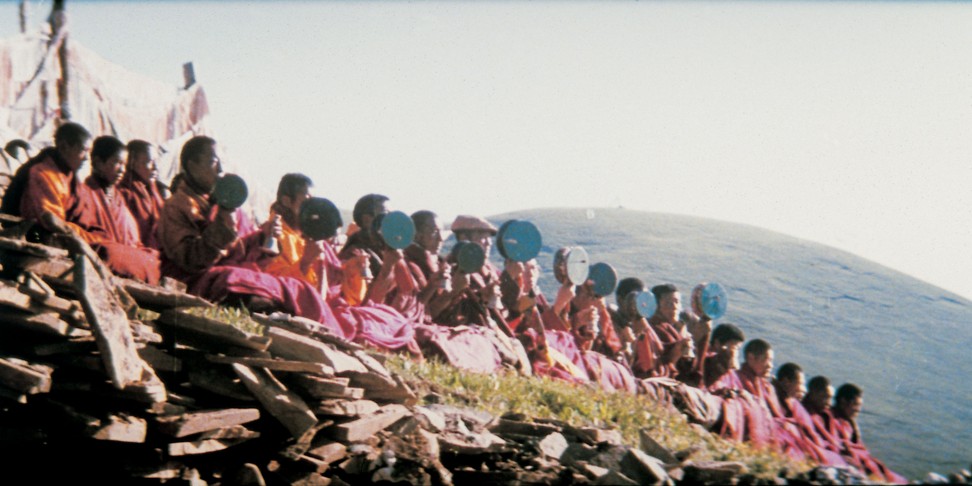 A scene from Tian Zhuangzhuang’s 1986 film The Horse Thief.