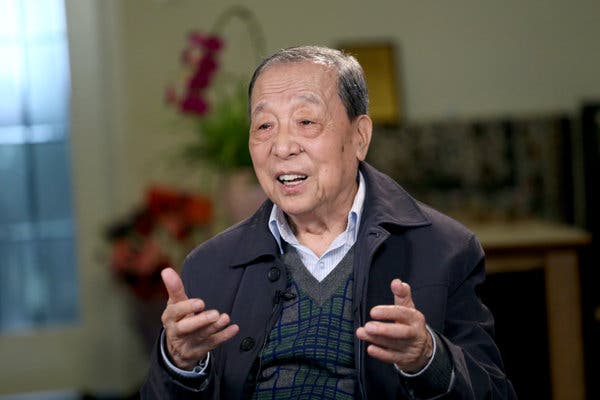 BEIJING — Li Xueqin, whose political savvy and intellectual brilliance helped shift the field of Chinese history toward emphasizing the wonders of the country’s past, a traditionalist approach in line with the Communist government’s efforts to identify itself with ancient China, died on Feb. 24 in Beijing. He was 85.

His death was confirmed by a government obituary. The official newspaper Guangming Daily paid tribute to him in an article headlined, “A Lifelong Pursuit of History; He Also Wrote Himself Into the History Books.”

That was hardly an exaggeration. For more than 20 years Mr. Li was deputy director and then director of the Institute of History, part of the Chinese Academy of Social Science — positions of unusual influence in a country that has alternately gloried in its history and rejected it as a burden.

He headed projects to prove that early Chinese dynasties really existed and were not just myth, as part of a Communist Party endeavor to ally itself with ancient China.

“It was political, but he genuinely felt he could get the answers to China’s past,” said Sarah Allan, a professor at Dartmouth College and a close collaborator of Mr. Li. “He was criticized for this, but he was a patriot.”

Unlike most scholars today, Mr. Li wrote about a huge variety of eras and topics, producing more than 40 books and 1,000 articles.

Li Xueqin (pronounced lee shway-chin) was born in Beijing on March 28, 1933. His father was a nutritionist at Peking Union Medical College. His mother stayed at home to care for her son, who was too sickly to attend school regularly. Although his youth was overshadowed by the war with Japan, he lived in a period of intellectual freedom and ferment and spent his days largely alone reading voraciously.

Mr. Li enrolled in Beijing’s prestigious Tsinghua University in 1951 to study philosophy and logic, but his passion was reading “oracle bones” — ox or turtle bones used in ancient China for divination. They are widely recognized as the earliest form of Chinese writing and keys to the founding era of Chinese civilization.

This obscure hobby would change his life. In his second year at Tsinghua, one of China’s most famous historians, Chen Mengjia, decided that Mr. Li was just the right person to help a colleague write a book on oracle bones. Mr. Chen got Mr. Li released from classes at the Chinese Academy of Sciences to work on the project.

A university reorganization later prompted Mr. Li to stop his formal studies. Instead, he threw himself into a series of projects to date and understand oracle bones and texts inscribed on bronzeware from the Shang dynasty, which lasted from about 1,500 B.C. to 1,100 B.C.

Mr. Li’s blossoming career was interrupted in 1966, when Mao Zedong set in motion the Cultural Revolution, a chaotic 10-year period of attacks on learning. Mr. Li’s patron, Mr. Chen, was singled out for criticism because he was one of a generation of cosmopolitan thinkers who came of age before the Communist takeover and had dared to criticize the party in the 1950s. Mr. Li was ordered to participate in the attacks. In 1966, Mr. Chen committed suicide.

Mr. Li’s criticism was unusual in that it came as a personal attack on Mr. Chen’s character in an addendum to a scholarly essay. That made it more than the run-of-the-mill attacks printed on handbills or in newspapers.

“That was his one very serious failing in life,” Professor Allan said. “He always said there was nothing he could do.” 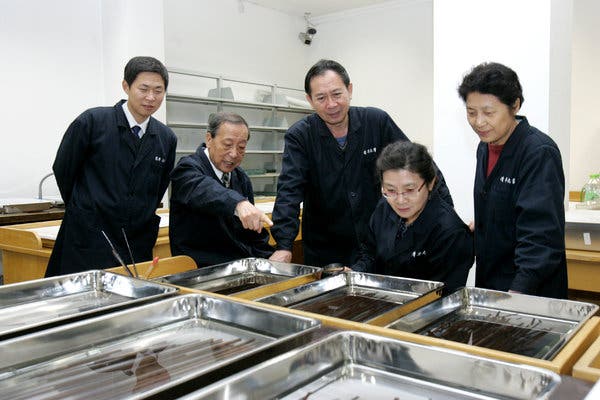 Mr. Li, second from left, in 2016 with his team of researchers at Tsinghua University. They were studying an enormous cache of unearthed bamboo strips inscribed with early versions of China’s classic literary works. Credit: Guo Haijun/Tsinghua University

Inside China, where the party discourages discussion of the Cultural Revolution, Mr. Li was better known as the country’s leading historian. He participated in some of the most important Chinese archaeological digs of the 20th century, like one at Mawangdui, which yielded texts that helped reshape scholarly understanding of ancient China.

In the early 20th century, Western-influenced Chinese iconoclasts had challenged the traditional historical view of China as a single civilization that had thrived for millenniums. These scholars posited that much of the country’s ancient historical record was built on myths, and that China’s most important texts, like Lao-Tse’s “Tao Te Ching” and Confucius’s “Analects,” were based on fragments of writing that had later been gathered together.

Many also argued that it did not make sense to speak of a unified Chinese cultural world until the third century B.C., and that the kingdoms that existed within the borders of today’s China were separate civilizations.

This school — the “yigu,” or “doubting antiquity” school — held sway in China until the Communist takeover in 1949. It was then replaced by a Marxist interpretation of history, which saw society as evolutionary, from feudal to capitalist to socialist to communist. By the late 20th century, however, scholars around Mr. Li were championing yet another new school, “xingu,” or “believing in antiquity.”

This school argued that China had indeed been home to a single, unbroken civilization with roots as ancient, say, as Egypt’s, and that the classics were not fragmentary oral texts but full-fledged works. In other words, they maintained that the traditional view of China’s past was largely correct.

While Mr. Li rejected the term “xingu,” he did see his role as defending ancient China’s glories from its attackers.

“During all those years of swimming in the culvert of miscellaneous research, I gradually came to one conclusion: that our excellent traditional culture for various reasons was underestimated and stunted,” he once said, according to an obituary written by his chief aide.

In the mid-1990s, the government set up a 200-person team under Mr. Li to prove the existence of three largely prehistoric dynasties: the Xia, the Shang and the Zhou. Abroad, scholars influenced by the “doubting antiquity” school saw this as a chauvinistic effort at national glorification. But Mr. Li argued that it might be possible to date these dynasties. In the end, the results were inconclusive.

He is survived by his wife, two sons and a grandson.

The inscriptions showed that such works were perhaps as old as the traditionalists had argued, and they portrayed an era that was much more freewheeling and even anarchic than the staid antiquity promoted by the Communist Party.

Mr. Li was given a center and a team of bright young scholars to conserve, transcribe and publish the texts. At his death, the team had published nearly half the trove.

The texts come with commentaries that are careful not to reach broad conclusions, but Mr. Li did not stand in the way of scholars with dissenting views.

During a meeting with his team several years ago, he sat back while his colleagues debated the texts’ meaning.

“In the past, we had these classics and assumed they hadn’t changed,” he told a reporter in the room. “But now we can see that the past is always changing.”