Source: The Guardian (1/2/18)
Chinese arthouse film breaks box office records after viewers mistake it for romcom
A Long Day’s Journey Into Night took $38m on its opening day, but some viewers complained that marketing suggested it was a seasonal romcom, rather than a challenging drama
By Catherine Shoard 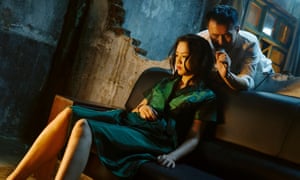 Artful … a scene from A Long Day’s Journey Into Night by Bi Gan. Photograph: ©LIU HONGYU

When Bi Gan’s latest drama premiered at Cannes in May 2018, critics were quick to praise its challenging, languorous narrative about a man returning to his home town in search of a former flame, as well as the ambitious single-take, hour-long dream sequence, and a shorter section in 3D.

Early box office projections anticipated a modest increase on the takings for Gan’s previous film, Kaili Blues, about two depressed rural doctors. Yet A Long Day’s Journey Into Night took $38m in China on its opening night on 31 December, beating the likes of Venom.

This was thanks to an artful marketing campaign that timed screenings to end on the stroke of midnight, and encouraged audience members to lock lips in the final scene, mirroring the protagonists. As Variety reports, a campaign suggested the film (which has no connection to the classic Eugene O’Neill play) was the perfect first-date film, with promotional messaging playing on the film’s Chinese title to ask potential viewers: “Do you know what kind of sweet talk you’ll use to invite someone to the last film of 2018, The Last Night On Earth?”

Some $15m of tickets were pre-sold, with many spots fully booked and cinemas hosting more screenings to cater for demand. State broadcasters joined social networking sites in stoking anticipation, asking: “How will you spend your last night of 2018? Watching ‘Last Night On Earth’ or eating a big meal?”

But a backlash is spreading after many audience members said they felt short-changed by the film, and cheated into believing it was a much more mainstream movie. Some felt angered by what they suspected was cultural snobbery at play. Wrote one commentator on Weibo: “Those who say that the film had artistic meanings that we’re just unable to understand, please go eat shit.”

Many reported mass walkouts during the film, as well as multiple audience members nodding off as Gan’s dense drama unfolded. The film currently has a 2.8 out of 10 rating on Chinese movie website Maoyan, with typical comments including: “The worst movie in history! Tricksters, thieves! I’m indignant – it’s a total bomb, the worst trash of all trash!” 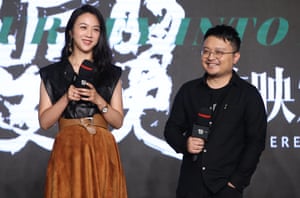 Word of mouth proved so negative that takings fell to $1.5m on the film’s second day of release. Gan, 29, defended the campaign for his second feature, explaining he hoped many audience members would feel their cinematic horizons had been expanded.

“My colleagues promoting it didn’t steal or rob — they just used their own abilities and knowledge to do their task,” he said. “I don’t think they’ve done anything wrong.

“I myself am from a fourth, fifth-tier city. Are you saying that people there should only watch those kinds of [blockbuster] films? I’ve never believed that, although I don’t necessarily think that they’ll like my movie.”

Three years ago, cinemagoers in the US expressed similar unhappiness after going to see The Witch, a highbrow horror film starring Kate Dickie.

But the blame in that case was deemed to lie with the distributor’s wide rollout policy, which meant the film became a multiplex fixture, rather than with misleading marketing materials.