The scientist who carried out the gene-editing experiment in Shenzhen has disappeared.–A. E. Clark <aec@raggedbanner.com>

Local Chinese media says the controversial scientist has been placed under “house arrest” by a Shenzhen university which has since denied the claim. 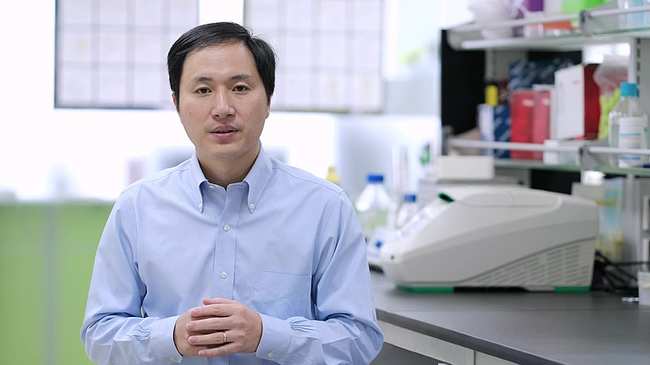 The rumors of He’s disappearance were reported by Chinese tabloids Apple Daily and Hong Kong’s Ming Pao newspaper over the weekend. They claimed He was placed under “house arrest” by his former employer, the Southern University of Science and Technology (SUSTC) in Shenzhen where the associate professor has been on unpaid leave since February 2018.

But on Monday, a spokesperson for SUSTC denied these claims to the Hong Kong-based newspaper South China Morning Post.

The allegations of He’s disappearance are tenuous and made even more complicated considering other high profile Chinese citizens, such as actress Fan Bingbing, who have vanished from the public eye after attracting attention, potentially as a result of punitive action enforced by China’s government.

The scientist’s profile skyrocketed when he claimed to have manipulated the DNA of twin girls born in November—a feat achieved with the gene-editing tool CRISPR which, He said, makes them resistant to HIV, smallpox, and cholera.

The veracity of He’s claims, which have not been peer reviewed, are under investigation. Little is known about the people who participated in the trial—seven couples comprised of HIV-positive fathers and HIV-negative mothers. Some geneticists worry the couples may not have understood the extent of the study.