Lu Xun makes another appearance in the US mass media.–Kirk 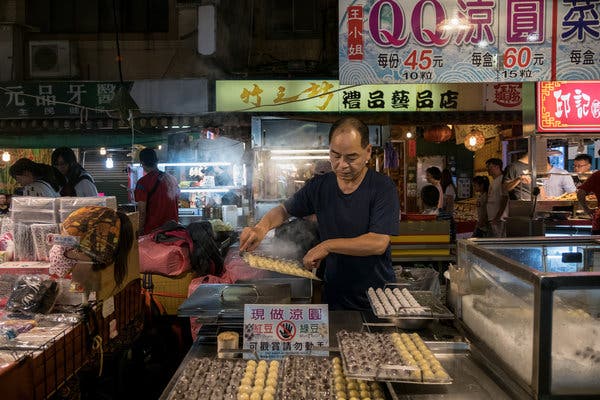 Taiwanese tapioca for sale at the Lehua Night Market in Taipei. It has the prized “Q” texture of Taiwanese food. CreditCreditBilly H.C. Kwok for The New York Times

NEW TAIPEI CITY, Taiwan — As dusk falls at Lehua Night Market, the fluorescent lights flicker on and the hungry customers start trickling in, anxious for a taste of the local delicacies that give this island its reputation as one of Asia’s finest culinary capitals.

Take a bite of any of these dishes and you’ll discover a unique texture. But how exactly do you describe that perfectly calibrated “mouth feel” so sought after by local cooks and eaters alike?

Slippery? Chewy? Globby? Not exactly the most flattering adjectives in the culinary world.

Luckily, the Taiwanese have a word for this texture. Well, actually, it’s not a word, it’s a letter — one that even non-Chinese speakers can pronounce.

Q texture is to Taiwanese what umami is to Japanese and al dente is to Italians — that is, cherished and essential. Around Taiwan, the letter Q can often be glimpsed amid a jumble of Chinese characters on shop signs and food packages and in convenience stores and advertisements.

The texture is found in both savory and sweet foods, and is most often used to describe foods that contain some kind of starch like noodles, tapioca pearls and fish balls. If something is really chewy or extra Q, then it could be called QQ. Often, Q and QQ are used interchangeably.

“You can tell if bubble milk tea is good based on how Q the tapioca pearls are,” Mr. Liu said. “If the texture is perfect, it can be very satisfying.”

André Chiang, a Michelin-star chef and owner of RAW in Taipei, said he had recently been experimenting with the texture at his restaurant, which uses only locally sourced Taiwanese ingredients. 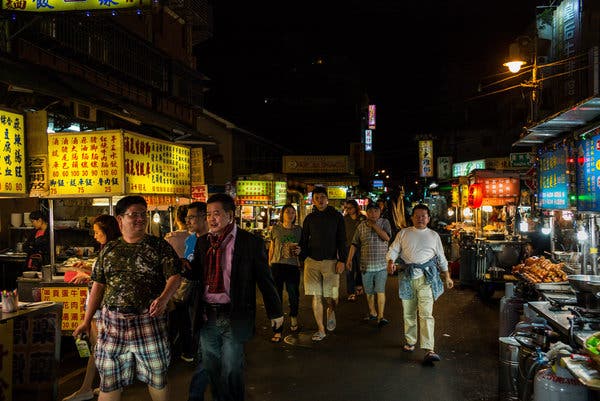 At the night market in Taipei. Q texture is to Taiwanese what umami is to Japanese and al dente is to Italians — that is, cherished and essential.CreditBilly H.C. Kwok for The New York Times

One dish he was trying out for the restaurant’s new menu featured langoustine, burned onion juice and white tapioca pearls that are cooked to bubbly Q perfection.

“It’s like al dente but not quite,” Mr. Chiang said. “It’s to the tooth but there’s also that added element of bounciness.”

Q is so well established in Taiwan that many in Hong Kong and over the strait in mainland China use the term as well.

Elsewhere in Asia, it is a familiar texture, though the term itself may not be used. Tteok-bokki, a Korean stir-fried rice cake, and mochi, a Japanese rice cake, for example, could also be considered Q. In Western cuisine, the texture is less commonly found, though one could describe foods like gummy bears and certain kinds of pasta as Q.

The origins of the term Q are unclear. Some say it comes from the Taiwanese Hokkien word k’iu. Say Q to an elderly Taiwanese, and chances are he or she will know the term. But no one can quite explain how and when the 17th letter of the English alphabet became shorthand for describing the texture of tapioca balls and gummy candies.

With the rapid proliferation of bubble milk tea shops and other Asian snack shops across the United States over the years, there has emerged a broader appreciation for this once “exotic” texture, even if the vocabulary to describe that texture has not exactly caught up.

“Most of my American friends like bubble milk tea,” said Tina Fong, a co-founder of Taipei Eats, which offers food tours around the city. “But when there’s Q texture in a savory dish, it can still be a bit strange to them. It really depends on the person.”

When it comes to the Chinese language, the letter Q is surprisingly versatile, and not used only to describe food. For example, many in China and Taiwan are familiar with 阿Q, or Ah Q, the protagonist of one of China’s most famous novellas by the writer Lu Xun.

After the publication of “The True Story of Ah Q” in the early 1920s, Ah Q became a symbol of the backwardness of Chinese culture. While the story’s narrator confesses to not knowing the origin of Ah Q’s name, some scholars say Lu Xun may have chosen Q as an implicit reference to its homonym queue, or the braided ponytail that Chinese men were forced to wear to show their subjugation to the ruling Qing dynasty.

Some have also interpreted Lu Xun’s Q as a pictogram of a head with a pigtail.

There are many other uses for the term Q in Chinese as well. It could be used, for example, as shorthand for the English word cute, or to refer to the once-popular QQ messaging service from Tencent or the QQ minicar model from the Chinese carmaker Chery.

“Whether Q may be considered a Chinese character or not, it certainly has become a part of the Chinese writing system,” Victor Mair, a professor of Chinese language at the University of Pennsylvania, once wrote in a blog post.

Among Taiwanese, the appreciation for Q texture starts at a young age. On a recent sticky evening at Lehua Night Market, crowds ambled through the carnival-like pedestrian street, which was lined on both sides with vendors hawking things like hats, cellphone cases and, of course, delicious snacks.

A gaggle of mini revelers zeroed in on a stand with a neon sign that read “QQ popsicles.” Asked why Q texture was so appealing to Taiwanese, Lu Wei-chen, the owner of the stand, smiled as she handed a bright red jelly bar to a delighted toddler. 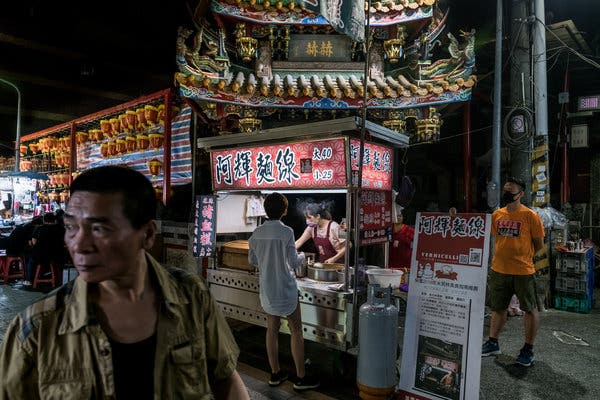 Vermicelli and pig blood cake for sale at the night market. CreditBilly H.C. Kwok for The New York Times