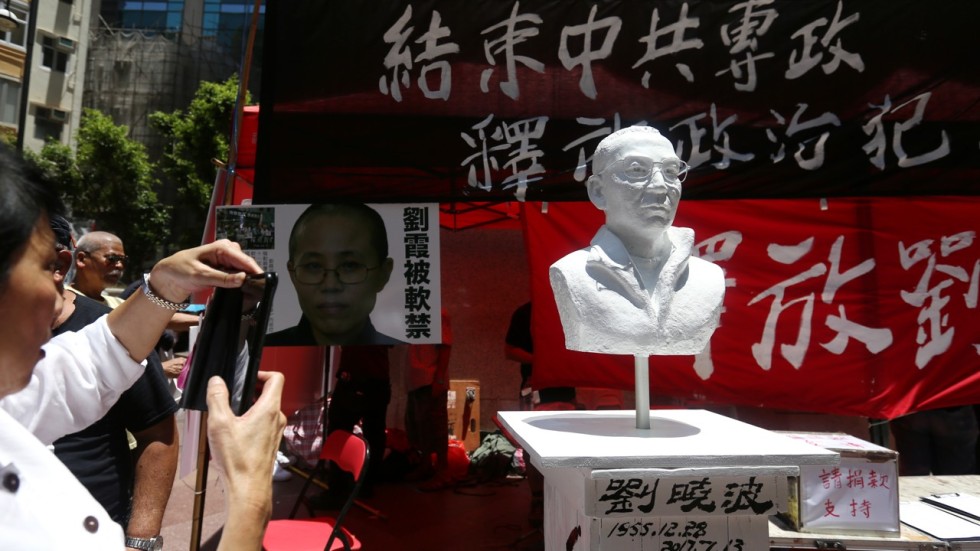 The bust of Liu Xiaobo is unveiled in Causeway Bay as pan-democrats collect signatures to call for the release of his wife. Photo: Xiaomei Chen

In a move to reawaken Hongkongers’ waning support for the upcoming 29th anniversary of the Tiananmen Crackdown, a group of activists erected a bust of the late Liu Xiaobo, a Chinese pro-democracy icon, at a shopping district popular among mainlanders on Thursday.

On June 4 every year since 1990, a candlelight vigil is held in the city’s Victoria Park to mark the anniversary of the bloody anti-government crackdown in 1989 in Beijing, which followed large-scale street protests and weeks-long sit-ins and hunger strikes in Tiananmen Square in a bid for greater freedom.

But in recent years, support for the vigil has been falling, with Hong Kong student leaders again vowing to snub participation amid a rise of localist and anti-mainland sentiments.

“Bull” Tsang Kin-shing, part of the team who spent two months making the art piece, explained the bust and its accompanying exhibition and street booth in the area right outside Times Square in Causeway Bay was meant to pay tribute to Nobel Peace Prize-winner Liu ahead of his first death anniversary on July 13 and call for the release of his wife, Liu Xia, who has been under house arrest since 2010.

“I hope the art piece can also encourage people to participate in the vigil [on Monday],” Tsang, a pioneer in introducing creative props to the protest movement in Hong Kong, said.

Tsang said they would move the bust to the vigil on Monday and bring it back to Times Square after that, where it would remain until the anniversary of Liu Xiaobo’s death.

Liu first spent time behind bars in the wake of the Tiananmen crackdown, during which he negotiated with the student leaders and the military commander to allow students to leave the square in peace on the morning of June 4 as People’s Liberation Army soldiers and tanks moved in.

He was also put behind bars for 11 years in 2009 for “inciting subversion of state power” after he helped write a petition known as “Charter 08” calling for sweeping political reforms in China. He died in 2017.

Tsang also said they were collecting signatures for their demands, which he did not rule out bringing to Beijing authorities. 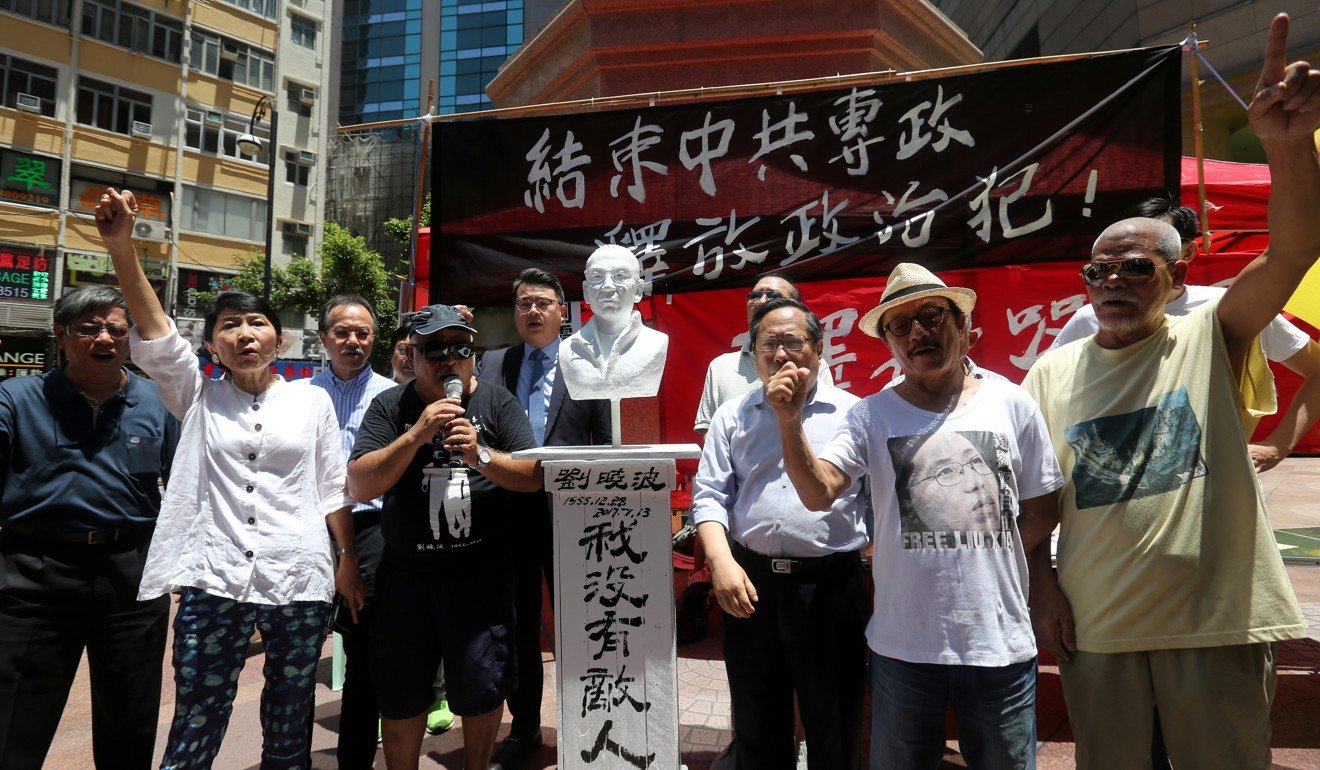 One of the petition signatories was a mainlander who has lived in Hong Kong for three years. The woman, who preferred not to be named, said she agreed that Liu Xia should not be held under house arrest.

Separately, police said on Thursday that roads such as Sugar Street and Great George Street may be closed from about 4pm onwards depending on the prevailing crowd and traffic situation on Monday.

The public can check the Transport Department’s website for affected transport routes.

Alongside the vigil, organised by the Alliance in Support of Patriotic Democratic Movements in China, police understood that there would be two more groups of 20 to 30 people, who could be of different political opinions, holding gatherings in Tin Hau.