Source: SCMP (3/12/18)
Why has Cantonese fallen out of favour with Guangzhou youngsters?
In provincial capital, formerly known as Canton, grandparents and parents find themselves having to communicate with children in Mandarin
By He Huifeng 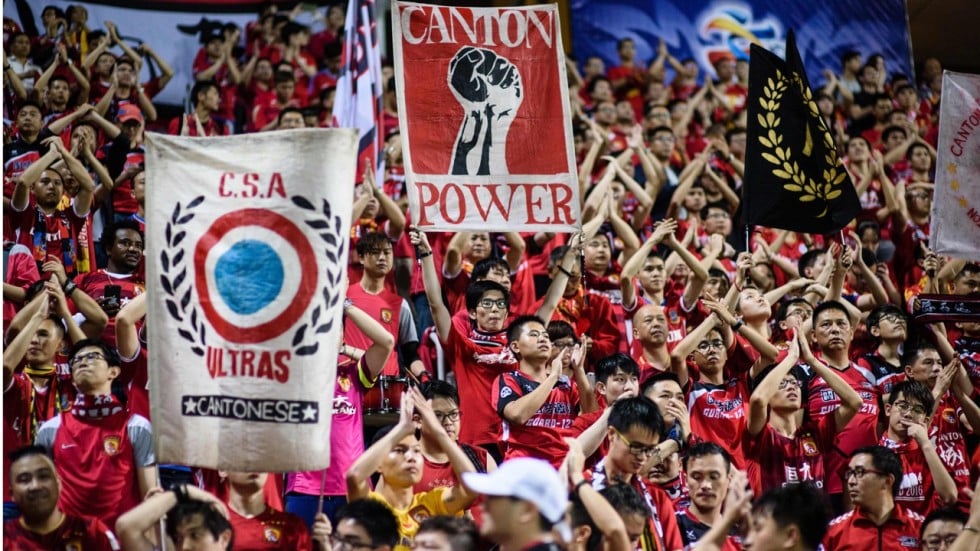 Cantonese is being spoken by fewer children and teenagers in Guangzhou, with locals and defenders of Cantonese heritage concerned that middle-aged and older Cantonese speakers are having to communicate with their children and grandchildren in Mandarin at home.

The reasons for the rapidly declining popularity of Cantonese – spoken by more than 60 million people round the world – among the Pearl River Delta’s young people were complex and linked to political and economic changes in the area, they said.

At taxi queues, bus stations, restaurants and street corners in delta cities such as Guangzhou, the Guangdong provincial capital formerly known as Canton, Shenzhen and Dongguan, grandparents can often be heard speaking to their grandchildren in strongly accented Mandarin, while young parents also switch from Cantonese to Mandarin when talking with primary pupils and teenagers.

[Mandarin may be the ‘common language’, but here’s why Cantonese reigns supreme]

“It’s a pity but it’s necessary because most kids nowadays don’t like speaking Cantonese even though they were born and are growing up here,” said 40-year-old Luo Bihua, the mother of an eight-year-old boy in third grade at school.

“The schools and the government have been discouraging Cantonese in the community for a long while. My son and almost all his classmates are unwilling to learn both traditional and simplified characters because they think they are useless for daily life.”

Children are discouraged from using the local dialect at school, and local heritage is being given less prominence in community activities. 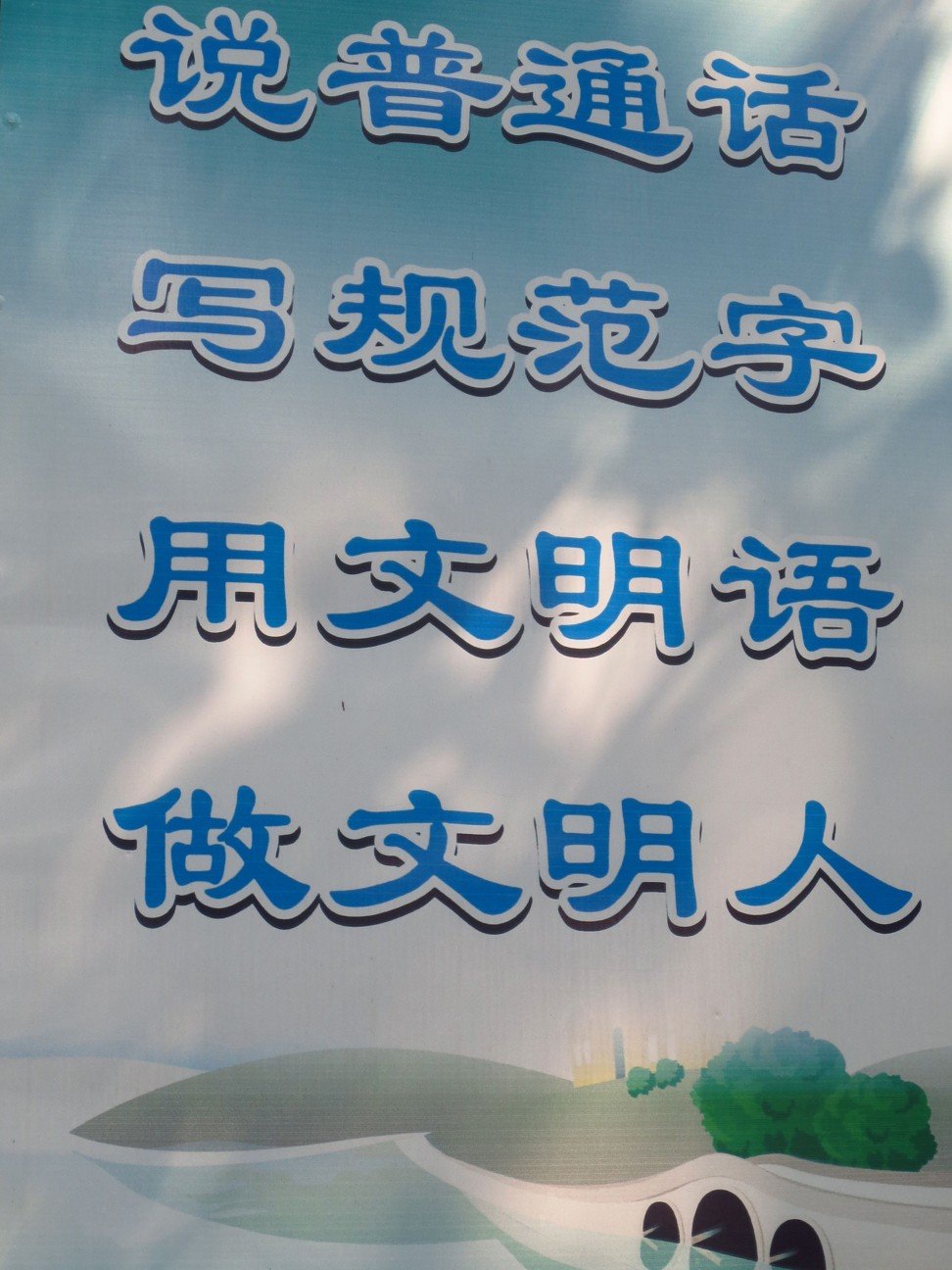 A sign in Guangzhou encourages people to speak Mandarin and write in simplified Chinese characters, adding “Use civilised language – Be a civilised person”. Photo: SCMP pictures

Guangzhou’s Cantonese speakers and the local media cheered last year when a textbook designed to teach to teach spoken and written Cantonese was launched at the city’s Wuyang primary school. It included the basics, such as Cantonese romanisation and grammar, and the history and origins of the dialect, and the aim was to promote its use in other schools across the city.

But the textbook’s author, Rao Yuansheng, said the local authorities soon put a stop to the project. He declined to comment further.

The mother of one boy at the school said she had heard about the project “but never had the chance to read the textbook”.

“Actually, as a Cantonese, I would love to let my children study Cantonese at school,” she said.

The Ministry of Education and the State Language Commission said last year they wanted 80 per cent of China’s population to be speaking Mandarin by 2020. Around 70 per cent are estimated to do so at present, with several hundred million people speaking other dialects.

“As that national policy is to make Mandarin mainstream in society, it’s difficult to see local officials making any moves to defend Cantonese,” said Han Zhipeng, a commentator and former member of the Guangzhou city Chinese People’s Political Consultative Conference.

[Use Cantonese as a tool to extend Hong Kong’s influence, academic urges]

The manufacturing boom that followed China’s opening up to the world at the end of the 1970s, mostly fuelled by investment from Hongkongers and overseas Chinese – most of them Cantonese speakers – has passed its peak, and Guangzhou businessman Liang Zhongqun said that had made Cantonese less influential on the mainland.

From the early 1990s to the late 2000s, however, millions of migrant workers had flocked to Guangdong from hinterland provinces.

“In many migrants’ eyes, Cantonese culture was advanced and developed,” Liang said.

New arrivals had been keen to learn Cantonese and discover the local culture, viewing such knowledge as a way to get ahead in business. People paid hundreds of yuan to learn the dialect, and Hong Kong’s transformation into an ultra-modern, international community – with a flourishing entertainment industry – added to its allure.

Until the late 2000s, Cantonese was the fashionable language among Shenzhen teenagers, whether at school, shopping centres or karaoke clubs. And there were protests in Guangzhou in 2010 when the city government proposed that its two main television stations switch from broadcasting in Cantonese to Mandarin.

“At that time, speaking Cantonese made us feel more international and that we had more in common with international cities like Hong Kong or New York than with people from the hinterland who could usually only speak Mandarin,” said Jade Xu, a 36-year-old teacher in Shenzhen.

But none of her students used Cantonese nowadays, viewing Shenzhen as just as international as Hong Kong but more innovative and aggressive in its economic and technological development.

There was also a growing gap between teenagers in Guangdong and Hong Kong on political and economic issues, which had made Cantonese less popular in Shenzhen, she said.

A census report last year showed 88.9 per cent of Hong Kong’s seven million residents usually spoke Cantonese at home, down from 90.9 per cent in 2006. More people were speaking English or Mandarin.