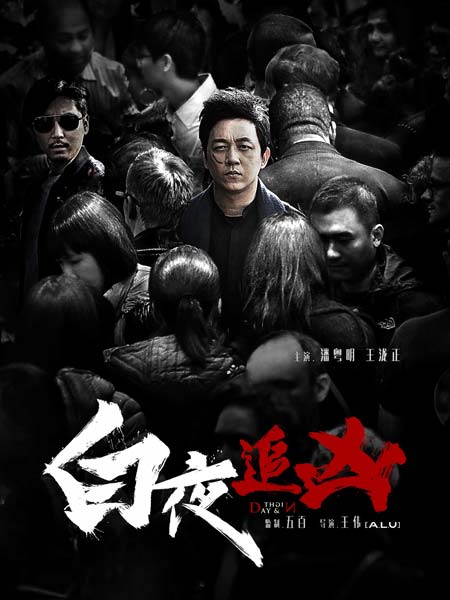 Day and Night, an online crime drama, broadcast the finale on Oct 11. [Photo provided to chinadaily.com.cn]

As Chinese viewers spend more time on video websites, network dramas are booming both in quantity and in quality.

Well-made internet series sprung up like mushrooms after the screening of summer blockbusters. Day and Night, Burning Ice, Line Walker II are three of the most popular ones recently released on video sites Youku, iQiyi, and QQ Live respectively.

Day and Night, widely reckoned as the best crime drama of the year, got a total of 24.6 billion hits online by this Thursday.

“I watched the whole thing during the National Day holiday,” Jia Xiaotao, a media analyst said. “I had to stay up late every night, but it was totally worth it.”

It also set an impressive rating record of 9.1 (out of 10) on Douban, a major Chinese film and TV rating platform, graded by over one hundred thousand users.

Unlike most online hit dramas which are adapted from bestselling novels, Day and Night has no franchise to rely on. But it has made its own name.

Audiences are fascinated by the complicated yet watertight storylines weaved by playwright Zhi Wen, a former litigator with years of law practice.

“My habit is to confirm every single detail in the script,” Zhi Wen said in an interview. “If I can test to verify, I don’t just look at the appearances. If I can actually see it, I don’t stop at hearsay.”

“We want to present a sophisticated story to internet viewers. Crimes are solved based on hard proofs, not psychological speculations,” Wang Ping, associate producer of Day and Night, said.

The show has been well-received by audience of both genders. “According to our viewership survey, a substantial part of our fan base is female,” Wang added.

“Besides good and evil, the show discusses the struggle of humanity,” Wang said. “Not stereotyping any character is the key to emotionally link the audience with the story.”

Yuan Yumei, producer of the show, previously worked in traditional film business and has been in the internet industry for six years.

“We created Day and Night to echo the features of American TV series. The fast-paced narrative and carefully designed visual language attracted many fans that are into US TV dramas.”

Yuan shows optimism and confidence in the future of online TV shows. “The status of online drama is rising in the entire industry. I have witnessed its development and transformation from a grassroots level.”

“Day and Night is not perfect. But it stands for innovation and bold experiment. We hope to contribute to the future of domestic network dramas and set the bar a little bit higher,” Wang Ping said.