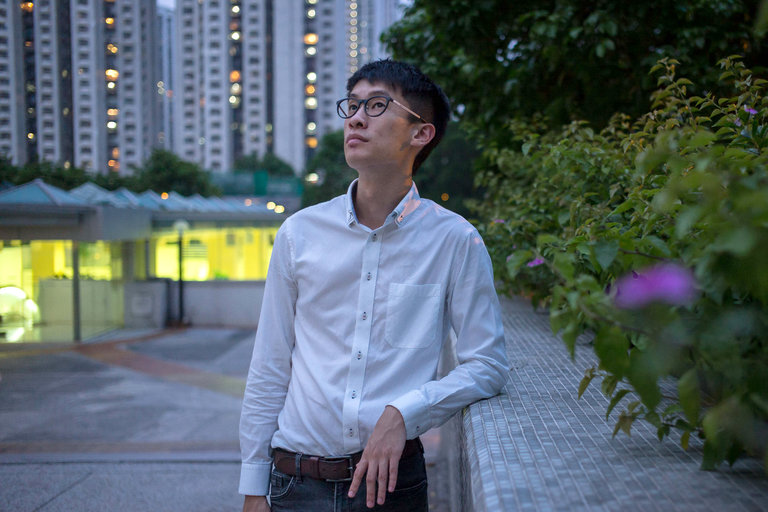 Sixtus Leung, known as Baggio, is running for Legislative Council as a member of the Youngspiration party. He is part of a new, youthful force in Hong Kong that is on the cusp of acquiring a measure of actual power. CreditBilly H.C. Kwok for The New York Times

HONG KONG — Sixtus Leung sees no hope for Hong Kong if it sticks with its current political system, which has governed it since the former British colony reverted to Chinese rule in 1997.

So he is working to overturn that system — by becoming part of it.

Someday, he would like to see Hong Kong become a city-state independent of China’s authoritarian government, which has been increasingly assertive here, despite its promise to allow the territory decades of autonomy. With megaphone in hand on a recent day, Mr. Leung — who goes by a nickname, Baggio — tried to persuade voters at a bus stop to back those ambitions by electing him to Hong Kong’s legislature.

Mr. Leung, 30, is part of a new, youthful force in Hong Kong politics that is on the cusp of acquiring a small measure of actual power. Polls indicate that his Youngspiration party has a real chance of acquiring one or two seats in elections on Sunday for the 70-seat Legislative Council, whose influence is limited but which can block initiatives by the city’s Beijing-friendly government.

Other political parties dominated by young people, and supporting some degree of greater self-determination for Hong Kong, will also be on the ballot in districts across this territory of 7.3 million.

Four years ago, when the territory’s last legislative elections were held, independence was on no one’s agenda. Lawmakers who wanted more democracy worked within the parameters of the territory’s mini-constitution, the Basic Law, which guarantees civil liberties not available in mainland China, like freedom of speech and assembly.

But that was before the so-called Umbrella Movement of 2014. After China’s rubber-stamp Parliament set rules on planned elections for Hong Kong’s top job that all but guaranteed the ballot would be limited to Beijing loyalists, students led huge protests that shut down parts of the city for weeks. 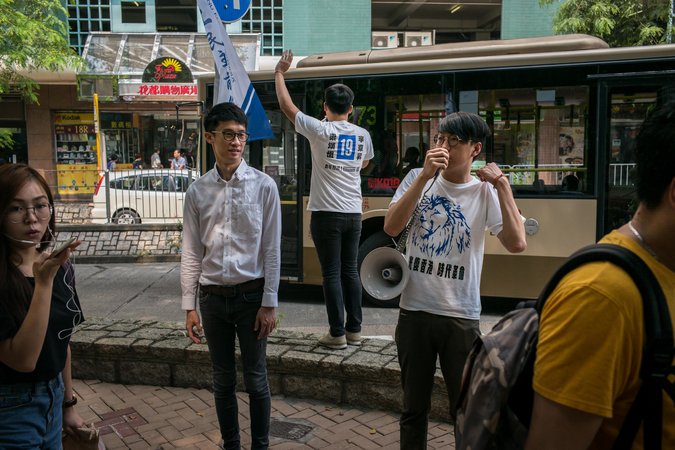 After he was barred from running in the election on Sunday, Edward Leung, right, threw his support behind Baggio Leung, left, who is not related. CreditBilly H.C. Kwok for The New York Times

After the protests failed to achieve any of the demonstrators’ demands, many people who had taken part in them, including Mr. Leung, concluded that Hong Kong had to rewrite the rules that governed its ties to mainland China, which under President Xi Jinping has undertaken a widespread crackdown on civil society.

The disappearance last year of five Hong Kong booksellers, who had published rumor-filled volumes critical of China’s rulers, further convinced many here that the “one country, two systems” arrangement — which guaranteed the territory a separate political system for its first 50 years under Chinese rule, until 2047 — was in grave danger.

“More and more Hong Kong people saw that if we followed the Basic Law and ‘one country, two systems’ we would see there is no chance for a democratic election,” said Benny Tai, a law professor at the University of Hong Kong who was one of the leading figures in the protests.

Beijing and the Hong Kong government have made it clear that independence is out of the question. But many residents appear to take little heed. A poll taken in July by the Chinese University of Hong Kong found that 17 percent of residents supported independence. Among young people ages 15 to 24, that percentage rose to 39 percent, with about a third expressing ambivalence and only 26 percent opposed.

Last month, in a move that many denounced as an affront to the rule of law, five candidates were barred from appearing on the ballot on Sunday because they were seen as supporting Hong Kong’s separation from China. Candidates were required to sign documents pledging loyalty to the Basic Law. One of the barred candidates, Edward Leung, threw his support behind Baggio Leung, who was running in the same district. (The two are not related.) It is unclear why Baggio Leung and other candidates who have advocated self-determination were allowed to run; Mr. Leung said he was “strategically” avoiding any direct calls for independence until after the election.

The apparent surge in support for so-called localists like Mr. Leung comes even as the broader pro-democratic bloc in the Legislative Council is in danger of losing seats. Thirty of the council’s 70 seats are not decided by a vote of the general public, but by professional and social groups, including accountants, labor unions, travel agents, doctors and architects. Those “functional constituencies” are dominated by loyalists to the Chinese government.

The other 40 seats are based on geography, but there are multiple lawmakers in each district. The upshot is that like-minded candidates often wind up running against one another. Many so-called pan-democrats will appear on the same ballots on Sunday, which threatens to dilute their share of the vote and cost them key seats. That means they could lose their ability to block important legislation, said Suzanne Pepper, a longtime China scholar who analyzes Hong Kong politics. 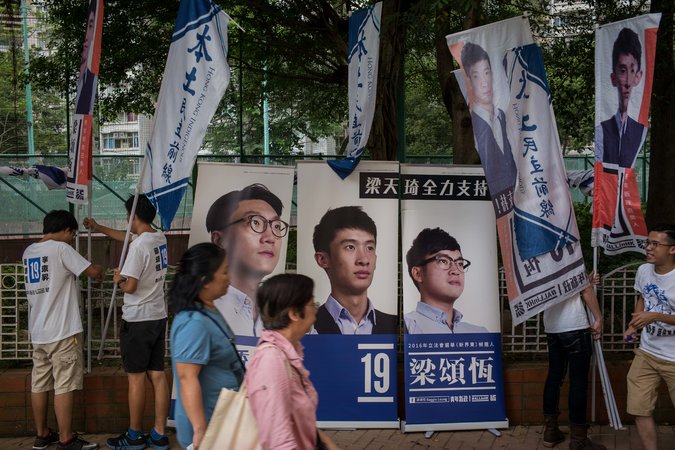 Meanwhile, local pro-Beijing parties — supporters of a government that is avowedly opposed to free elections — have in recent years become adept at the art of retail politics. They benefit from strong party discipline, support from Beijing and considerable financial backing from the local business community. But they also work hard to appeal to voters.

One of their rising stars, Holden Chow, took part in a State Department program in 2012 that allowed him to observe President Obama’s re-election campaign up close.

“In my election platform I make it very clear that I am against the independence movement, so I would uphold ‘one country, two systems,’” Mr. Chow said. “That would be the best for Hong Kong.”

This year, Mr. Chow, 37, may win a council seat for the first time. He is campaigning on a platform intended to appeal to older and more conservative residents, including opposition to same-sex marriage and unwavering support for the current government system. His picture is plastered on the sides of minibuses across Hong Kong.

“They have learned very well,” Ms. Pepper said of the pro-Beijing parties mastering electoral politics. “They have taken to it like ducks to water.”

For Mr. Leung, support for Beijing and its backers translates into a slow slide toward a future in which there are no elections. Fanling, where he campaigned on Wednesday, is just two subway stops from the Chinese border.

Across that border, in nearby Guangzhou, several activists who expressed support for the protests in 2014 were given long prison sentences this year. In Mr. Leung’s view, such developments are a sobering view of a possible future for Hong Kong, one where political dissent is no longer tolerated.

“We thought China would become more like Hong Kong in the years that followed the handover, not the other way around,” Mr. Leung said.