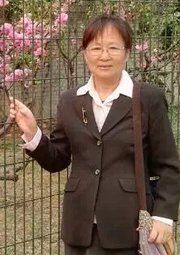 BEIJING — Months of bureaucratic surrealism culminated last week with Ye Jinghuan, 63, a retired manager at a major Chinese company, sprawled on the floor in a Beijing court building and served with a 15-day detention order, together with four of her friends.

The episode at a branch of the Xicheng District Court has deepened a sense among Ms. Ye’s friends and some lawyers that China’s police and justice systems are seriously broken, despite the promises of President Xi Jinping and other officials to “rule the country by law.”

It began with a small and easily avoidable injustice.

“She went to the police early last year to ask for a document proving that her elder sister was her sister,” said Zheng Wei, 61, a friend who accompanied Ms. Ye last week.

The “document proving a relative’s connection” is a common feature in legal or administrative cases. It is issued by the police in the place where a person’s hukou, or residence permit, is based.

Ms. Ye needed it to reach an agreement over the demolition of the family home, said Ms. Zheng, also a retiree, and another friend, Su Nan, a member of a human rights organization who said she was not present when the dispute with court officials grew physical last week, but arrived later in the day to help.

The police refused to issue the document, Ms. Zheng said. “They said that just because two people had the same parents didn’t necessarily mean they were siblings,” she said.

Frustrated, in early March this year, Ms. Ye and a group of friends went to the Xicheng District Court in Beijing to file a court case over the police’s handling of her request. By mid-March the court had not responded, although it was required to say within seven days if a case could go forward. On March 14, Ms. Ye and her friends returned to the court to ask why.

Unable to get an answer from several officials, Ms. Ye photographed a person at the Complaints Guidance Desk to whom she was eventually directed, whose job was to help people file cases, Ms. Zheng said.

“We’re ordinary people,” said Ms. Zheng, explaining why Ms. Ye did that. “If we go to a courthouse, we’re afraid that they” — the officials — “would say we didn’t go, so we had to have evidence. All we could do is take a picture.”

Incensed, the officials demanded that Ms. Ye delete the photos, and when she refused, seized their phones and detained Ms. Ye and a friend, Wang Xiuzhen, 72, in an underground garage for 20 minutes, Ms. Zheng said.

On April 27, Ms. Ye and her friends returned to the court to file a complaint that officials still had not dealt with her case against the police over their handling of her request for a document affirming that her sister was her sister.

Again, as evidence, a member of the group photographed a court official receiving Ms. Ye’s documents. And again, officials demanded that the photos be deleted. During a scuffle as officials tried to take away the person who was taking photos, Ms. Ye fell, Ms. Zheng said. Then, she and Ms. Su said, officials issued detention orders for the five for disturbing order in the court building. Three were released later that day on the grounds of age or ill health.

Currently only Ms. Ye and one friend, Zhu Xiuling, 50, are in custody in the Dongcheng District Detention Center, said a lawyer, Ma Lianshun, who tried to visit them twice but was turned away.

No one picked up repeated calls made to two numbers at the south branch of the Xicheng District Court on Tuesday.

A person answering the telephone at the Dongcheng District Detention Center referred media requests to the local public security bureau. The bureau’s main office referred callers to a press section where the phone rang unanswered.

Officials told Mr. Ma that he could not meet the women because the stamp on his lawyer’s ID was blurred. He said this was the first time in his career that he had heard that.

“Ruling the country by law is a sham,” Mr. Ma said. “We can’t defend ourselves against nonsense regulations that officials invent. People should be able to get things done when they go to a courthouse.”