Source: The Guardian (7/30/15)
‘I would have jumped off a roof for Mao’: how Li Cunxin danced to freedom
Forced into ballet as a child in Mao’s China, Li Cunxin defected to the US and had to work as a stockbroker to support his family back home. But he never quit dancing. As he brings the Queensland Ballet to Britain, he talks about his traumas and triumphs – and shock at seeing people take their privileged lives for granted
By Judith Mackrell 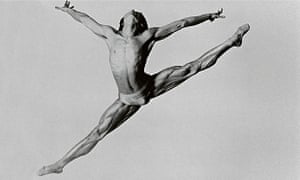 Li Cunxin dances The Rite of Spring at Houston Ballet in 1986.

Li Cunxin was just 11 when Chinese officials came to his home in rural Shandong and told him he’d been selected to study at the Beijing Academy of Dance. It was 1972, the height of Mao’s cultural revolution, and an entire nation was being shoehorned into creating a new communist China. Cunxin had never danced before – his physique simply looked promising – but once in Beijing, he was plunged into a punishing physical regime, designed to make or break him as a future member of Mao’s ballet. Every day in the studio, Li’s untutored legs were yanked into stretches that tore his hamstrings. His feet – numb and cold in their alien ballet slippers – were forced into inexplicably odd positions. Homesick, sore, and 1,000 miles away from his family, Li cried himself to sleep at night. 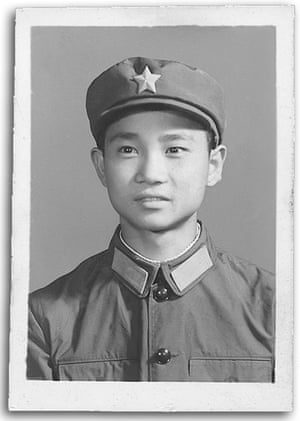 Li Cunxin as a boy in Mao’s China. Photograph: PR

Yet the exercises that were such bewildering torment eventually brought him an international career – and his current job as artistic director of Queensland Ballet in Australia. His life has been a series of remarkable transformations and, when we meet in London ahead of his company’s short season, Li tells his story with affecting, clear-eyed detail.

“During my childhood,” he says, “we suffered a lot from Mao’s terrible, misguided policies. I can still see the desperation in my mother’s eyes because she had so little to cook for us. Often, there was nothing but dried yams. But we really believed we belonged to the most privileged nation on earth. We thought that if we followed Mao, we were all heading to paradise. I would have jumped off the roof for him, no question.”

Li insists that, even when he’d been desperately unhappy in Beijing, his faith in Mao never wavered. “It felt such an incredible privilege just to be in the city and near to him – it was like coming close to God.” He also dreamed that if he could somehow become a good enough dancer, he might not only serve Mao but help to lift his family out of poverty.

Eventually, by forcing himself to work on his hated ballet studies, Li did begin to enjoy them. “I started to think there was something in it. The emotion and the physical freedom I got from dancing touched something deep in me.” 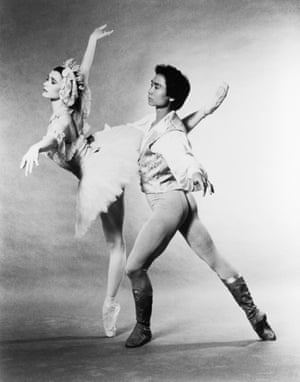 By the time he was 18, Li had become one of Beijing’s leading dance students. With a new thawing in Chinese-American relations, his diligence was rewarded with a year’s study in Houston. At first, the experience was too overwhelming: growing up, he’d been taught to believe that the west was a cesspit of poverty and corruption. Yet the Texas city contradicted everything he thought he knew. “It was all amazing – the swimming pools, the food, the fact that people could freely criticise their leaders. It was as if 18 years of my life were being erased. I didn’t know who I was or what I should think.”

Even more terrifying, perhaps, was the dawning realisation that he didn’t want to leave. “I thought, ‘If I could live and work in America, my God, what could I do?’” And when he fell in love, with a young American dance student called Elizabeth Mackey, he began to consider defection. It was a terrifying risk and he nearly didn’t get away with it. Even though he and Mackey had hastily got married to secure his legal status in America, he was briefly incarcerated in the Chinese consulate in Houston, and threatened not only with deportation and punishment, but also with retribution on his family.

It was a traumatic ordeal and, although Li was released, his relationship with Mackey didn’t survive. He now realises they were too young to deal with the turbulence of his emotions. “I had so many voices in my head. I wanted to be in America, but I suffered so much because I thought I might never be allowed back to see my beloved family again.”

Li’s career flourished, however. He was accepted into Houston Ballet and, with his brilliant, Chinese-drilled technique, rapidly rose to soloist and principal. He guested with companies all over the world, in a repertory more dizzyingly varied than anything he could have performed in China. In London, he met and married the ballerina Mary McKendry and, in 1995, he transferred to the Australian troupe. 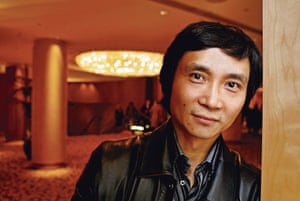 It was here, in his mid-30s, that Li began to consider what he might do with his post-dancing career. Paramount was the need to make some serious money for his impoverished family in China. He’d remained haunted by the despair he’d witnessed in one of his six brothers (“I could see in his eyes that his soul was dying”). So, even while he was still performing, he applied to train as a stockbroker. “I’d always been interested in numbers so I thought I could do it quite well, but it was hard to juggle. I had to get up at five in the morning to do a ballet barre, then be at the stock exchange by eight, and back in rehearsal by midday.”

Once Li was stockbroking full time, he was able to set his brothers up in solid businesses – transport, food production and a restaurant – and to visit China to see their success. “It was the realisation of my childhood dream,” he says, and it was also the point at which he chose to conclude his autobiography, Mao’s Last Dancer, which was published in 2003. But Li realised how much he still missed dance, and when he was approached by Queensland Ballet to become their artistic director he readily accepted. 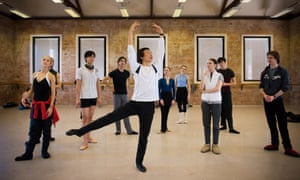 The company that he took over in 2012 had a modest reputation and a lacklustre repertory, and Li is unselfconsciously proud of all he has achieved. “We’re now the second largest ballet company in Australia, we’ve doubled our budget and we sell out most of our performances.” Under Li, Queensland Ballet performs a revitalised mix of new and classic works, one of which is the delicately etched Romantic ballet La Sylphide, which the company bring to Britain this August. It’s the Peter Schaufuss production, which Li regards as “probably the best of them all”, and one of its selling points will be two of Schaufuss’s children in its cast: Luke, who is guesting with Queensland for the season; and Tara, a permanent member.

Li is happy to employ dancers from anywhere in the world. What matters to him is not where they were trained, only that they are “vibrant and communicative” on stage. “I can’t stand seeing performances that feel stale, however great the technique,” he says. Discipline and passion are what he most admires, admitting that, for all the misery he endured in his childhood, he feels a kind of gratitude that it instilled those qualities in him.

He admits that when he came to Houston, he was shocked by the degree to which Americans seemed to take their lives for granted. “Even now I can’t stand it when people don’t understand what privileges they have. Perhaps they need to experience misfortune first. There were times when my life felt intolerable, but I’m glad to have known such extremes. They’ve made my life more interesting. They’ve made me the person I am.”