WHO _ Yellow fever_ the resurgence of a forgotten disease

The possibility that a mosquito bite during pregnancy could cause severe brain damage in newborn babies has alarmed the public and astonished scientists. The Zika outbreak in the Americas shows how a disease that slumbered for six decades in Africa and Asia, never causing an outbreak, can become a global health emergency. The Ebola and Zika outbreaks have revealed gaping holes in our lines of defence: weak health infrastructures and capacities in west Africa and the demise of programmes for mosquito control in the Americas. Both outbreaks show how old diseases can behave in surprising ways when they invade new territory. DOWNLOAD FULL ARTICLE ABOVE.

FREMONT ­ Gov. John Kasich claims Ohio public pensions are “rock solid,” but the math revealed in the Comprehensive Annual Financial Reports (CAFR) and the annual U.S. Census survey of all public pensions shows a system sinking in the quicksand of terrible investment returns and ultra high expenses. In 2015 Ohio’s five public pensions paid outside fund managers a staggering $734.8 million. These management fees are extraordinarily high because Ohio relies on secretive alternative investments more than any state in America. Census data shows Ohio reduced holdings in hedge funds and private equity funds by more than $10 billion dollars last year but still own more of these high­cost investments than any other state. The results are embarrassing. In 2015 the Ohio Public Employees Retirement System, the state’s largest pension fund, spent $428.2 million in external management fees for investment results that fell 99.8 percent from 2014, a year when PERS also failed to match what a low­cost index fund would have returned. The Ohio Retirement Study Council, a state government agency created to advise the state legislature, confirms that no Ohio public pension fund has earned the investment returns assumed by their contribution rates over the last 10 years. This is why three of the five funds have increased employee contribution rates from 25 percent to 40 percent and all of the funds have changed the benefit calculations to cut retirement payments. The least an Ohio public employee pays to these pensions is 24 percent of pay, but still the combined employee/employer contribution is far short of funding the pensions. Recently released census data shows Ohio’s unfunded pension obligation grew from $35 billion in 2014 to $134.5 billion in 2015. This means the $2 billion surplus you hear so much about — the state’s so­called “rainy day fund” — doesn’t exist. Ohio’s claimed portion of the unfunded liability is more than $26 billion. The state hides the true size of the pension crisis by assigning the rest of the deficit to city, county and school employers on a pro­rated basis, while carefully explaining that once the contribution to the state fund has been made the employer has no control over the funds and no liability for the shortfall. Ohio state government is 100 percent responsible for the payment rates and investment results, but the problem exposed by a $134.5 billion deficit is shared statewide. Even worse, this deficit assumes a future return none of the funds has achieved, in a world with more than $13 trillion in negative interest bonds, meaning a market­based measure of the unfunded obligation could easily double or triple a shortfall that currently stands at 22 percent of Ohio’s Gross State Product. Unlike many states, Ohio does not constitutionally protect pension funds as a first obligation of the budget; it is only a protected contract right. The state doesn’t tell citizens about this, but it’s always pointed out to bond rating agencies that would otherwise require higher interest rates on Ohio’s debt to reflect this claim on future taxes. If some future Ohio governor declares the state unable to pay these pensions, the courts will have a contract dispute to deal with, not a constitutionally decided issue. Clearly, this should make Ohio’s leaders more careful with the sole source of retirement funding for nearly 1.3 million citizens. But the combination of state and federal records that reveal the truth beneath the marketing claims shows Ohio paying 40 times more than they would need to pay for an S&P 500 index fund that has delivered three times the return of hedge funds since 2008. Ohio is taking more money than ever, through the pensions, out of the local community, impacting the bottom­line of every business that serves this multitude, and is falling into a financial abyss that makes return on the money questionable. The bond raters may not be worried but citizens of Ohio sure should be.

Scarlet Fever Upsurge in England and MolecularGenetic Analysis in North-West London, 2014 [Announcer] This program is presented by the Centers for Disease Control and Prevention. An unprecedented rise in scarlet fever occurred in England in spring 2014, with more than 13,000 notifications. The authors analyzed clinical notification data for North-West London during 2009 through 2014 and determined emm genotypes of Streptococcus pyogenes causing upper respiratory tract, or URT, infections. During March through May 2014, scarlet fever notifications in North-West London increased 3 to 8-fold compared with the same period in previous years. Although Health Protection regulations in England require clinicians to report suspected cases of scarlet fever, molecular surveillance of noninvasive Streptococcus pyogenes is not feasible because testing for it is not routinely advised for patients with a sore throat in the United Kingdom. Nonetheless, a limited number of URT swab specimens are submitted by clinicians for culture. Since 2009, all Streptococcus pyogenes URT isolates identified in the West London diagnostic laboratory have been stored. This laboratory serves a pop…DOWNLOAD FULL REPORT. 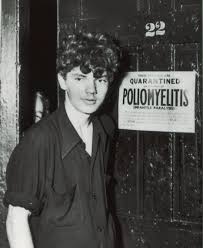 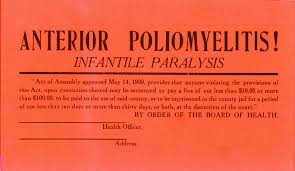 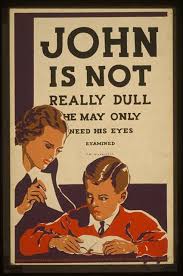