Originally posted in the Buckeye Yard and Garden onLine, June 22,2018 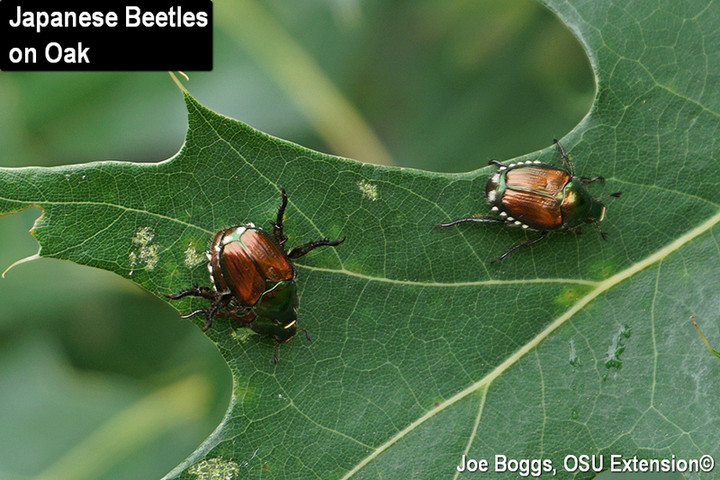 I’m seeing large numbers of Japanese Beetles (Popillia japonica) in southwest Ohio.  Compared to previous seasons, the beetles appear to be more evenly distributed; they are not hard to find.  I’m hearing similar reports from the central part of the state. 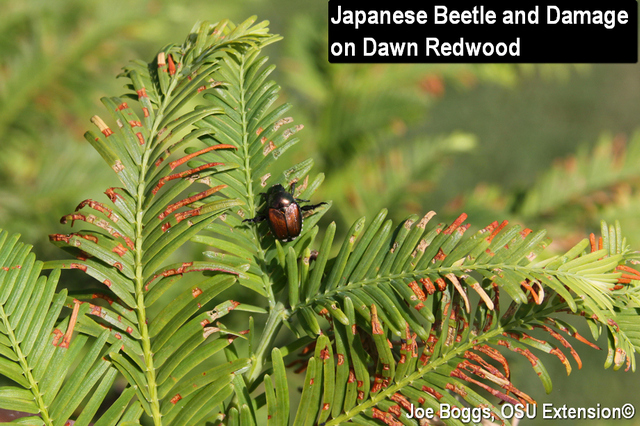 I reported that beetles began to appear on the scene early last week which seemed a bit early [see BYGL Alert! “Masked Chafers and Japanese Beetles are on the Wing,” June 14].  It also seems early for high populations to be causing heavy feeding damage on leaves and flowers. 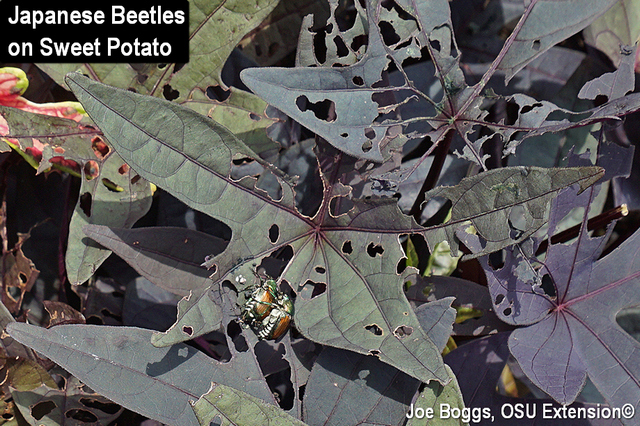 Japanese beetles were flying well below our radar prior to 2016 with rare reports of damaging populations.  That began to change in 2016 when we saw some heavy localized populations in many areas of Ohio [see BYGL Alert! “Japanese Beetles Making a Comeback,” July 7, 2016].

Although Japanese beetles were widespread throughout the state in 2016 and 2017, their populations were highly localized.  A short drive could take you from a location with high numbers to another location with virtually no beetles.  Beetle populations seem less “patchy” this season with a widespread distribution and few “hot spots;” at least in southwest Ohio. 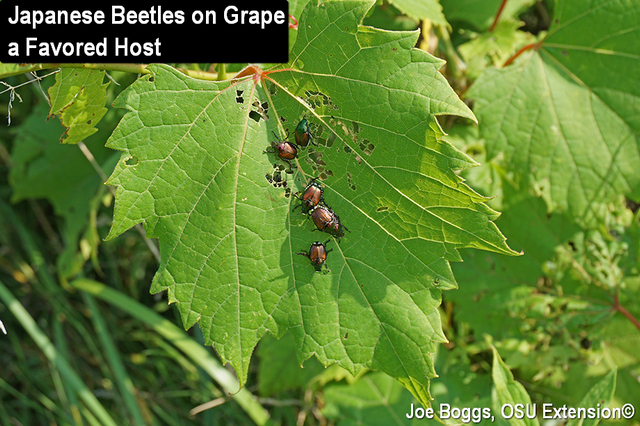 Damage is occurring on a wide range of host plants from sycamores to oaks to black locusts.  Although it’s easy to identify Japanese beetle skeletonizing damage while beetles are present on favored hosts like grape, damage may be more difficult to diagnose later in the season particularly on less well-known hosts. 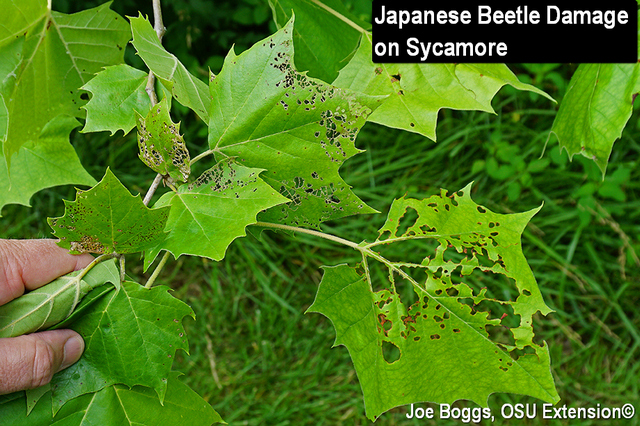 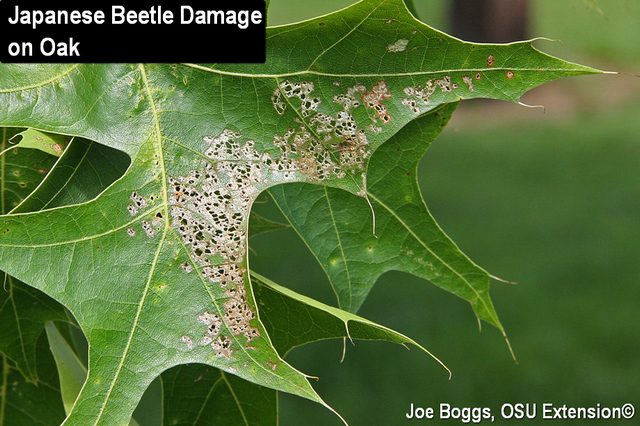 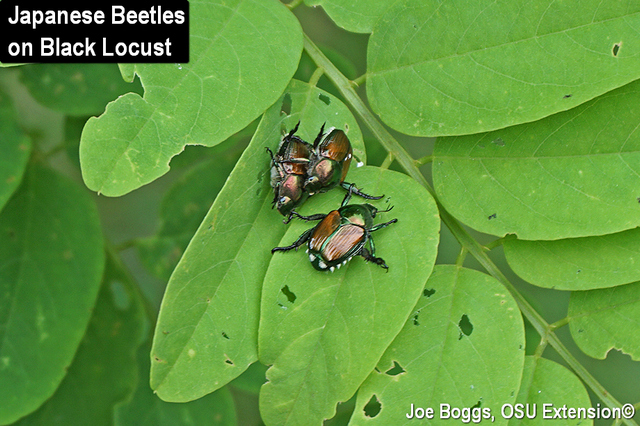 A Look into the Crystal Ball

Are we seeing the beginning of general Japanese beetle outbreak?  The short answer is we don’t know.  The long answer is that despite being a non-native, Japanese beetles have started to behave like natives in some areas of North America with populations rising and falling naturally.  As with native pests, there’s always the possibility for periodical outbreaks.  However, outbreaks can be unpredictable.

Ever since Japanese beetles were first discovered in North America in 1916 in a nursery near Philadelphia in Riverton, New Jersey, they have been gradually moving westward.  Trailing behind the beetles are a whole host of natural enemies.  Where the beetles have been living for a number of years, such as in Ohio, the natural enemies are able to act on this non-native pest just like natural enemies act on native pests.  So, populations can rise and fall dramatically from year-to-year. I believe that’s what we’re seeing:  a “natural” population rise that I predict will eventually fall.  How can I be sure?  Because, we’ve seen it before.