Next podcast! “The Regime Change Consensus” by Ohio State University Mershon Fellow, Joseph Stieb, explains how the post-Cold War U.S. ideas and narratives about containment led to its invasion of #Iraq “a decision that ended in disaster both for Americans and Iraqis.” We are going to discuss this topic, along with other projects he is working on at Ohio State. Join us live on Wednesday, September 15 at 10am EDT on Facebook, or catch the podcast later by following “Keys to Understanding the Middle East” on any of the major podcast platforms. 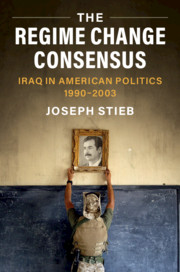