The Help is a novel by Kathryn Stockett that was published in 2009 and later turned into a film in 2011. Set in Jackson, Mississippi in the early stages of the Civil Rights Movement (1962-1964), The Help follows the story of three women (two black women, and one white woman) who come together to anonymously publish a book called The Help. The book that they write is comprised of stories about experiences of black women working as maids for white families in Jackson.

Due to the nature of the story and the time period that it is set in, it is easy to find examples of injustices, power struggles and questions of identity throughout the novel. Because it is set at the beginning of the Civil Rights Movements, race is a large theme throughout the novel. The author explores many false stereotypes about black people, including that they are dirty, lazy, unintelligent, and carry diseases. The depiction of race in the novel can be directly related to the concept of othering. The white people in Jackson are the “self” whereas the black people are the “other”. White people are contributing to the otherness of black people by believing stereotypes and treating black people as if they are worthless. For example, Minny, who is a black maid for a white woman, was unable to find a job because her former boss, Hilly, was telling everyone in town that she was a thief. In reality, Minny had not stolen anything, and Hilly was just mad at Minny for something else. Hilly completely ruined Minny’s chances of getting a job over a lie, and she did it just because Minny was black.

The Help also tackles the idea of identity in a couple of ways. The first way is through the story of Mae Belle. Mae Belle is white, and she is physically and verbally abused by her mother. Aibileen (who is black) is Mae Belle’s caretaker, and she makes sure to care for Mae Belle in a loving way and tells her often that she is loved and important. There was an incident at school in which Mae Belle drew a picture of herself and made her skin color dark like Aibileen’s. The book also follows the story of Lulabelle who looks white but comes from a black family. Both of these instances involve some sort of identity crisis. Mae Belle has only been shown love by a black person, so that seems to be how she identifies herself. She doesn’t understand why the white people around her have a problem about it. Lulabelle is stuck between two worlds. She isn’t “black enough” to be black, but she also isn’t “white enough” to be white. These situations have caused an identity crisis for both of these characters, which could negatively affect the way that they view themselves (and how others view them) for the rest of their lives.

An interesting topic that I came across when writing my diary of systemic injustices was the topic of Ableism. Ableism is probably a very foreign word to most people, but that doesn’t negate its importance. Ableism is the discrimination against individuals with disabilities (physical, intellectual, and psychiatric) based on the belief that those with typical abilities are superior. The situation that I will be referring to throughout this piece involves Isabella, a college student who is legally blind, and her service dog, O’hara. Isabella attends Curry College in Massachusetts. She recently filed a lawsuit against the college for several different situations surrounding discrimination against her due to her disability. Some of those instances include not accommodating her with proper notes or assignments during classes (because of her visual impairment she needs notes/assignments printed in large text), not allowing her service dog to accompany her to certain classes or labs despite outfitting her with proper protection, not enforcing handicap parking violations, and not fixing damaged, unsafe sidewalks.

Now most people would probably think that those are all minor things that don’t really matter, and that is ableism to the T. For someone with a disability all of those things really matter. They can make your life extremely difficult – as if it isn’t already difficult enough, and I’m about to tell you why. First of all, individuals with visual impairments need thing in larger print because they cannot see. It puts Isabella at an extreme disadvantage if she cannot see her notes or assignments. It would take her longer to complete because she has to focus all of her time and energy on trying to figure out what the text says. Sure, she could make the text larger on her own, but it would probably take her more time to do that than it would the professor. She didn’t ask to be blind, but the professor signed up for their job, and in doing so they should take on the full responsibility of being a professor, which includes accommodating those that need it. Second of all, the college would not allow Isabella’s service dog, O’hara, to accompany her to labs. This is huge because O’hara is literally Isabella’s eyes. She keeps Isabella safe, which is extremely important in a lab setting. Sure, there are potential dangers associated with having a dog in the lab, however it’s just as dangerous to have Isabella in lab without her dog. Also, Isabella was taking the proper precautions to keep O’hara safe, including outfitting her in boots, a coat, and goggles. Third of all, Isabella noticed on several occasions that the college did not enforce handicapped parking violations. While this doesn’t apply to Isabella because she cannot drive, it is still a major way that we see ableism in action. Handicapped parking is there for a reason. Those without disabilities that choose to park in those spots are potentially putting many people at a disadvantage, and they are only thinking about themselves. The fact that the college was not ticketing those that broke the rule is only enabling them to do it again, and that is unacceptable. The last thing that Isabella brought up in her lawsuit was the damaged sidewalks on her college’s campus. This not only poses a risk for Isabella, who is visually impaired, but it also poses a risk to people in wheelchairs, or other mobility issues. If a sidewalk is heavily damaged with cracks and potholes, it becomes unsafe for people with disabilities to cross. As an alternative, many times they are forced to walk on the street which comes with many risks.

With all of this being said, it begs the question – are the situations being brought up in Isabella’s lawsuit considered ableism? I definitely think so. There would be extra work involved to fix many of the issues, however I feel like it’s justified. By not taking the time to make these small adjustments, you are implying that your life and time matters more that the person with a disability. It insinuates that they are an inconvenience, and no one deserves to feel that way.

I think that ableism manifests itself due to a laziness and a lack of understanding. Very few people actually have experience interacting with individuals with disabilities, therefore they don’t understand the extent of the struggles that they go through on a day to day basis. Living as a disabled person in a world that is made for an able-bodied person is hard. They overcome so many obstacles every day the least we, as able-bodied people, could do is accommodate them. An attitude of ableism also comes from laziness. “It’s too hard to make accommodations”, “I don’t have time to do it”, “they’re the one with a disability, so they should make the changes themselves”. It’s also the reason that people without handicapped tags park in handicapped spots when they are “just running in really quick”. People with disabilities are far from lazy. They have to work their butts off to overcome their physical limitations while navigating a world that wasn’t designed for them. If we put in half of the effort that they do, to accommodate them properly, then we wouldn’t have any issues.

So, how can you create a more inclusive environment for individuals with disabilities? Park farther away at a grocery store, and don’t use the handicapped restroom stall unless you are handicapped. When you hire a new employee with a disability ask them what you can do to accommodate them. Implement disability trainings as part of your employee curriculum. As a teacher, listen to your student with a disability’s requests. Be welcoming of service dogs and don’t distract them while they are working. As a government employee, fix the sidewalks in your town and make street crossings more disability friendly. Talk to your friends and family about ableism. Do your part, speak out, and make the World more inclusive for everyone.

I’m sure we’ve all seen commercials on TV 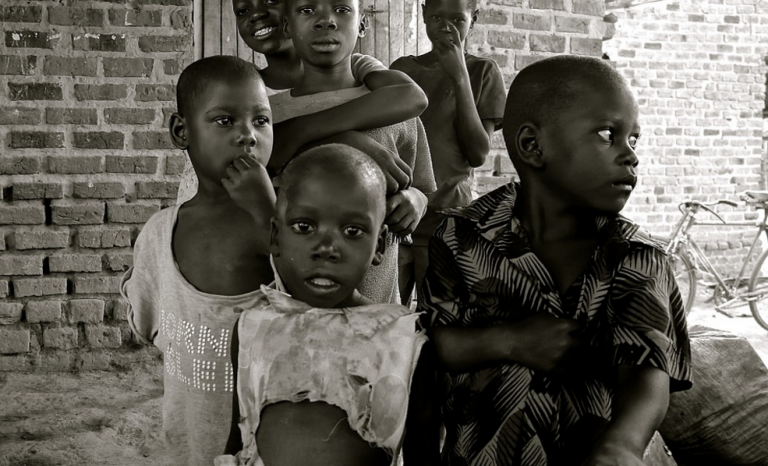 In the city of Boston, Massachusetts a college student who is visually impaired faced several kinds of injustices due to her disability, and her service dog (More info on the case can be found here ). Isabella Scott has been denied access for her service dog (access is required under ADA law), hasn’t been accommodated in her classes and has been barred from fully engaging in class projects and discussions all because she is visually impaired. Scott’s case is just one of the many instances of discrimination that individuals with visual impairments face on a daily basis. According to the American Foundation for the Blind, 44% of individuals that are blind or visually impaired are unemployed, and it’s not because they aren’t capable. Companies are just not willing to put in the effort to make materials accessible to people with vision loss. Another area of concern for individuals with vision impairments is transportation. These people rely heavily on public transportation or apps such as Uber or Lyft to get around, and many of them also utilize guide dogs. A quick Facebook search will reveal hundreds of posts about Uber or Lyft drivers refusing rides to people with guide dogs. Both Uber and Lyft have a policy requiring that drivers give rides to those with guide dogs, yet they are still being refused. In the video below, blind Youtuber Molly Burke gives some more insight to being refused access to a ride sharing service.

The American with Disabilities Act (ADA) was passed in 1990, and it gave a voice to those with disabilities. It prohibits discrimination on the basis of disabilities, which is why the incidents above are such a big deal. It is literally illegal to not accommodate those with disabilities, yet we are still seeing it on a daily basis. The majority of individuals with a visual impairment didn’t choose to go blind. It simply just happened.

Able-bodied people can safely cross the street without thinking twice. They can walk into a restaurant and read the menu. They can drive themselves to work or school. They can read their homework assignments with no issues. We don’t have to put much effort into our daily lives, so the least we could do is take all of that energy that we save and use it to make the world a little bit easier for those that do.