Gasoline demand recovered to almost 89 percent of pre-coronavirus lockdown levels in early July.  Despite this positive development, the recovery in demand flattened out over the last few weeks.  Gasoline stocks began to recede but still sit substantially above levels seen at this time of the year.  Attempts to reopen the economy hit a snag as the virus spread rapidly around the country after initial hopes saw a rapid opening in many areas.  At 8.648 million barrels per day, demand recovered substantially from the low point of 5.311 million barrels per day seen in early April.  The path back to normal gasoline demand levels appears stalled.  Ethanol production followed this recovery and will feel the implications of flattening gasoline use. END_OF_DOCUMENT_TOKEN_TO_BE_REPLACED

In recent days we have been experiencing 90 degree F days with limited precipitation, and so we are starting to see some leaf rolling in corn. Some of this may be related to reductions in soil moisture, but may be related to restricted root systems as well. Depending on the stage of corn at the time of these conditions, different effects on yield may be expected. Corn ear development occurs throughout the growing season, and extreme temperature or moisture stress at different growth stages will decrease different aspects of grain yield. Below is a quick summary of the yield component most affected by environmental stress at different growth stages: END_OF_DOCUMENT_TOKEN_TO_BE_REPLACED

In 2019, 163 corn hybrids representing 20 commercial brands were evaluated in the Ohio Corn Performance Test (OCPT). Four tests were established in the Southwestern/West Central/Central (SW/WC/C) region and three tests were established in the Northwestern (NW) and North Central/Northeastern (NC/NE) regions (for ten test sites statewide).  Hybrid entries in the regional tests were planted in either an early or a full season maturity trial. These test sites provided a range of growing conditions and production environments. END_OF_DOCUMENT_TOKEN_TO_BE_REPLACED

According to the USDA/NASS (https://www.nass.usda.gov/) as of Sunday, Oct. 27th, 37 percent of Ohio’s corn was harvested for grain, compared to 62 percent for last year and 56 percent for the five-year average. Late corn plantings and sporadic rain in some areas are not helping with field drying. Some growers are delaying harvest until grain moisture drops further. However, these delays increase the likelihood that stalk rots present in many fields will lead to stalk lodging problems. Leaving corn to dry in the field exposes a crop to unfavorable weather conditions, as well as wildlife damage. END_OF_DOCUMENT_TOKEN_TO_BE_REPLACED 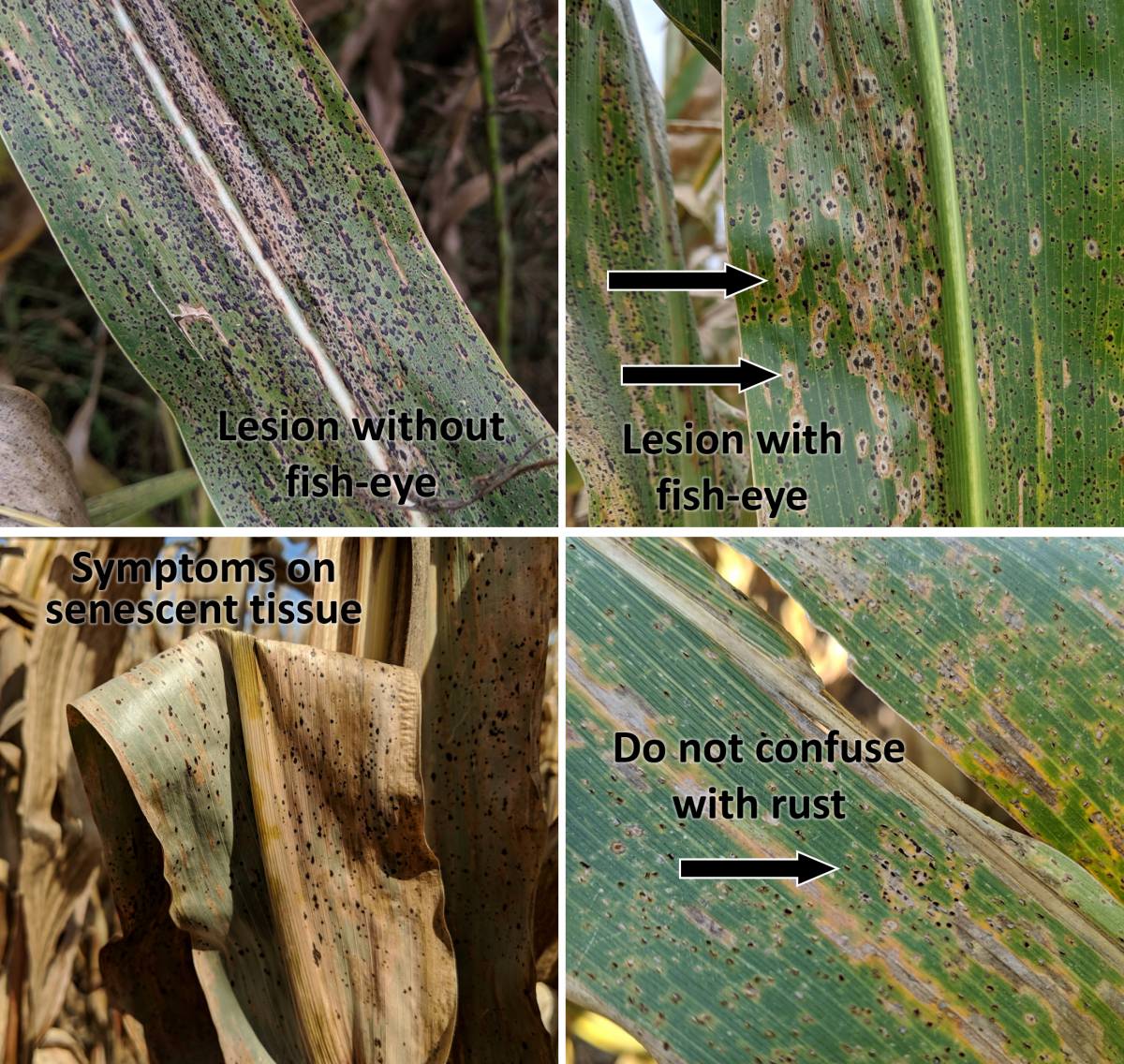 END_OF_DOCUMENT_TOKEN_TO_BE_REPLACED

Thanks to the weather we had this year, corn is variable across fields and in some areas we will be harvesting corn at higher moistures than normal. Stalk quality may also be variable by field and amount of stress the plant was under, see the article Stalk Quality Concerns in this weeks CORN Newsletter. This variability and high moisture may require us to look harder at combine settings to keep the valuable grain going into the bin. Each ¾ pound ear per 1/100 of an acre equals 1 bushel of loss per acre. This is one ear per 6, 30 inch rows in 29 feet of length. END_OF_DOCUMENT_TOKEN_TO_BE_REPLACED

2019 may be an especially challenging year for corn stalk quality in Ohio. Stress conditions 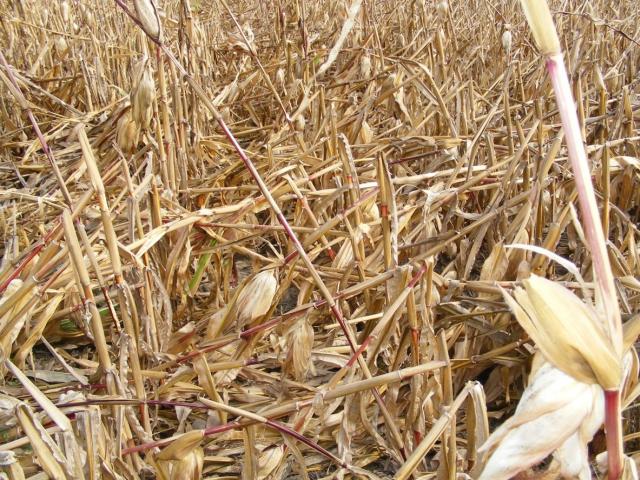 END_OF_DOCUMENT_TOKEN_TO_BE_REPLACED

Many corn growers may encounter slower than normal drydown this fall due to late crop development associated with June planting dates. Much of Ohio’s late-planted corn may not achieve black layer until mid-October or later when drying conditions are less favorable for drydown. Once corn achieves physiological maturity (when kernels have obtained maximum dry weight and black layer has formed), it will normally dry approximately 3/4% to 1% per day during favorable drying weather (sunny and breezy) during the early warmer part of the harvest season from mid‑September through late September. By early to mid‑October, dry-down rates will usually drop to ½% to 3/4% per day. END_OF_DOCUMENT_TOKEN_TO_BE_REPLACED

There have been recent reports of high corn earworm populations in certain grain corn fields.  Corn earworm is a pest with many hosts including corn, tomatoes and certain legumes.  In Ohio it is typically considered a pest of sweet corn rather than field corn, but this past week substantial populations have been found in certain field corn sites.  Corn earworm moths are most attracted to fields in the early green silk stage as a place to lay their eggs.  These eggs hatch into the caterpillars that cause ear-feeding damage, open the ear to molds, and attract birds.  With a wide range of planting dates this year, different fields may be at greater risk at different times. END_OF_DOCUMENT_TOKEN_TO_BE_REPLACED