As small grains are harvested across the state, here are some management considerations for double-crop soybean production:

Relative Maturity. Relative maturity (RM) has little effect on yield when soybeans are planted during the first three weeks of May. However, the effect of RM can be larger for late planting. When planting soybean late, the latest maturing variety that will reach physiological maturity before the first killing frost is recommended (Table 1). This is to allow the soybean plants to grow vegetatively as long as possible to produce nodes where pods can form before vegetative growth is slowed due to flowering and pod formation. 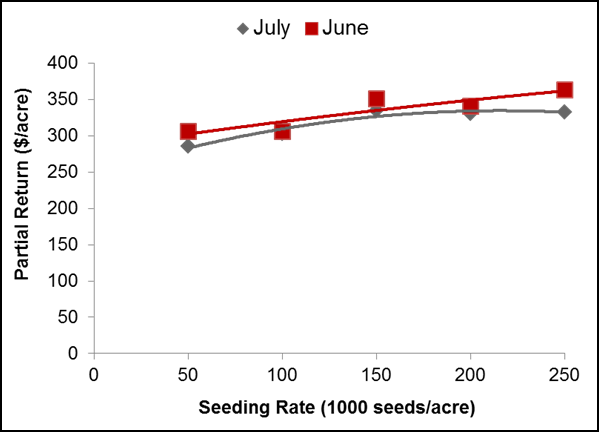 Row Spacing. Double crop soybeans should be produced in narrow rows- 7.5 to 15-inch row spacing. The later in the growing season soybeans are planted, the greater the yield increase due to narrow rows. Soybeans grown in narrow rows produce more grain because they capture more sunlight energy, which drives photosynthesis.