Results from week four of The Ohio State University Western bean cutworm (WBC) monitoring network has resulted in an increase of moths captured in the majority of Ohio counties; which means now is the time to get out and scout for egg masses.  Last week’s trap count included WBC adults captured from July 15 – July 21. A total of 26 counties monitored 79 traps across Ohio. Overall, trap counts increased, resulting in a total of 2001 WBC adults (287 total last week) and a statewide average of 25.3 moths/trap (up from 3.8 average last week) (Figure 1). A WBC statewide average of 25.3 is similar to what we observed in the WBC peak week in 2018 (25.1) (Figure 2). 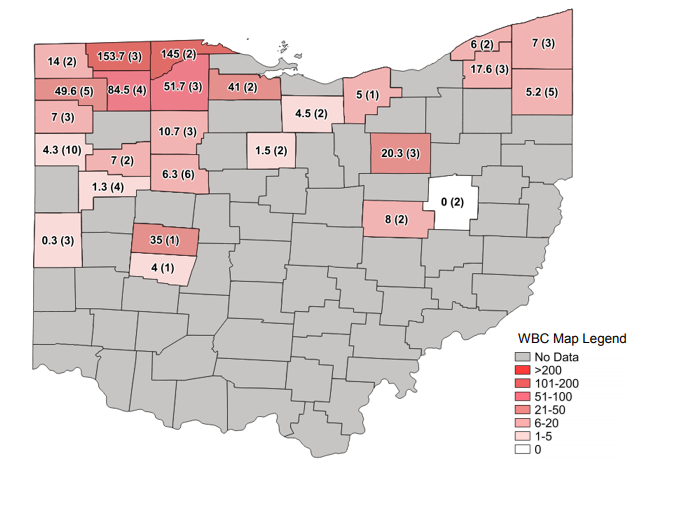 Figure 1. Average Western bean cutworm adult per trap followed by total number of traps in the county in parentheses for week ending July 21, 2019 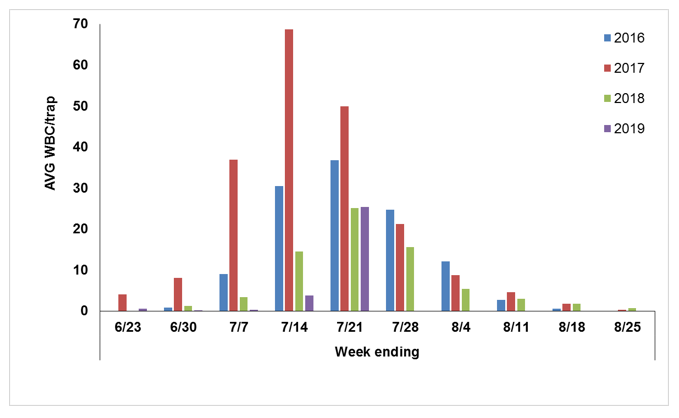 Scouting and management.  You can view our scouting video here.

What you are looking for.

WBC egg masses are often found on the upper leaf surfaces in clusters. Eggs laid by WBC are round and first appear white, then tan and then a dark purple. Once eggs turn purple, they will hatch within 24 to 48 hours (Figure 3). WBC egg masses can be easily confused with stink bug egg masses; however, stink bug eggs are larger in size and are more barrel shaped with a ring of hairs around the top. 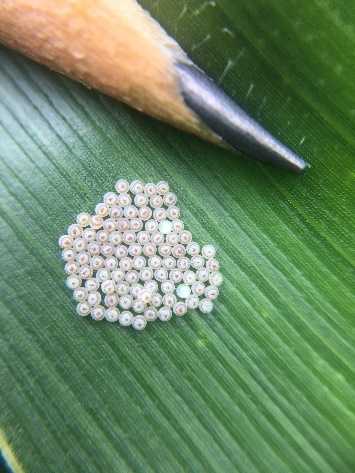 If infestations exceed threshold, many insecticides are available to adequately control WBC, especially those containing a pyrethroid. However, as with any ear-burrowing caterpillar pest, timing is critical. Insecticide applications must occur after egg hatch, or after tassel emergence, but before caterpillars enter the ear. If eggs have hatched, applications should be made after 95% of the field has tassel. If eggs have not hatched, monitor for the color change. Hatch will occur within 24–48 hours once eggs turn purple. To search for larval injury after it has occurred, search the corn for ears having feeding holes on the outside of the husks.