You may be wondering, why does “methyl bromide” invoke such scary thoughts, not just for humans, but also for animals and insects?

Methyl bromide is a pesticide with its “broad-spectrum” effects–it acts on:

Why would hurting such things be beneficial to us humans? Well, methyl bromide serves to improve the quality and quantity of agriculture. It is true that it could hurt us if we use methyl bromide improperly, and doing so has resulted in about 300,000 deaths per year from its poisoning. Improper uses could mean using it illegally and/or not utilizing safety precautions, such as wearing full face shield or safety glasses. An incident reported in 2015 involved a family of four Americans who got exposed to methyl bromide while on a trip to the U.S. Virgin Islands. The mother underwent treatment, but the father and the two teenage sons remained hospitalized at the time of the reporting. (10) Not only that, but also methyl bromide is known to cause ozone-depleting effects, an environmental danger. (2, 10)

Figure 2: Strawberry farmers view methyl bromide as being the most effective in controlling pests and improving their crops but at the cost of damaging the earth’s ozone layer. (4)

Here is a summary of how methyl bromide is used:

Let’s investigate further into the mechanisms of action, toxicity, and target organs:

Methyl bromide is a gas that may be inhaled as its most common route of exposure. It is also absorbed quickly via the oral and dermal routes. Once absorbed, methyl bromide or its metabolites are distributed immediately to the tissue, which includes the liver, brain, adrenals, lungs, kidneys, fat, and testis. What is currently known about the metabolism of methyl bromide is that methyl bromide undergoes partial conversion into inorganic bromide in that bromide concentrations increase in target organs and blood from exposure. Bromide gets metabolized to methyl glutathione via the enzyme glutathione S-transferase (GST), and then it gets converted into formaldehyde’s and methanethiol’s metabolites that are neurotoxic (2)

Methyl bromide’s acute toxicity is related to its concentration and exposure duration. (3) Below are the signs and symptoms of methyl bromide toxicity:

The following figures shows the mechanisms of toxicity.

Death from methyl bromide inhalation may result from it being over 10,000 parts per million (ppm) for at least a few minutes. (2)

If a patient has inhaled methyl bromide, below are the actions and treatments that should be taken:

The patient should be removed from where exposure occurred. Their outer clothing would need to be taken off carefully–methyl bromide could adhere to it. The skin that is affected should be cleansed with soap and water. Following those rescue methods, decontamination should be done in that it is performed by personnel with personal protective equipment on. The eyes should be irrigated with plenty of 0.9% sodium chloride solution or water. If patient has cardiac or respiratory arrest, personnel should immediately initiate cardiopulmonary resuscitation. Management involves general and supportive care, but it could include intensive care unit management of kidney failure, ARDS, coma, seizures, and hepatic failure. The supplemental oxygen should be given while the ARDS, bronchospasm, and seizures should be treated. Seizures may require pentobarbital, thiopental in high dose, and propofol when typical methods fail to control them (anticonvulsants: benzodiazepines and phenytoin). Monitoring should last from 24 to 48 hours at minimum to watch for symptoms that may be delayed, including ARDS. Less severe methyl bromide poisoning may use British anti-Lewisite (dimercaprol), but it is not effective in more severe cases. (2)

Methyl bromide should be banned!

This is where it gets confusing…

Let us travel back in time…

Methyl bromide’s use dates back to 50 years ago (3)–actually, it had already been in use since the early 1900s when it was used as an anesthetic. It turned out to not be a good idea when it was realized that it was causing deaths. It was then used as a pesticide, also known as a fumigant, and its several other uses include:

As a fire retardant, it was used in fire extinguishers, from which some of the deaths have occurred (2)

Biomarkers are useful tools in that they indicate the relationship of biological effects to conditions. In this case, the circulating mitochondrial DNA (mtDNA) in the serum is linked to methyl bromide exposure. Such elevated levels are caused by early preclinical lesions, and could indicate the initiation or progression of diseases including those that are degenerative. The mitochondrial destabilization, which is what is detected via the presence of circulating mtDNA, is produced by methyl bromide target organ(s). (7) 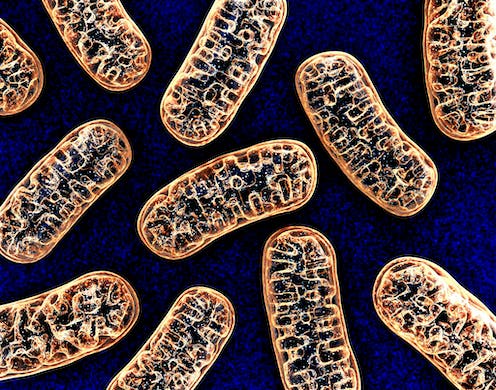 Not only have we learned about the dangers of methyl bromide to their intended target species but also what effects it has on humans, how does it perform such reactions, what to look for in signs and symptoms of methyl bromide poisoning, what should be done for treatment, and how could biomarkers be utilized in the detection of exposure to methyl bromide in the human body.

One thought on “Beware of the methyl bromide, a pest’s worst nightmare”