by Carolin Mueller, PhD student in the Department of Germanic Languages and Literatures, The Ohio State University Concert at the Bergfunkfestival in Berlin.

The recent influx of refugees to Germany lead to renewed discussions of how the “integration” of ethnically diverse actors is understood, practiced, and organized in German host communities, where national identities are highly contested. In 2014 PEGIDA (Patriotic Europeans Against the Islamization of the West), a nationalist, anti-Islam, far-right protest movement, emerged in Dresden, and caused a range of debates about the social inclusion of migrants. In response to nationalist claims, NO-PEGIDA counter-protest engaged in the cross-lingual and cross-cultural production of art to explore coping mechanisms for the impacts of global mobility. This summer I spent time in Dresden, exploring one of the most significant examples of this development, the musician collective “Banda Internationale” to understand the impacts of their efforts on community-building through the arts. Concert at the Scheune in Dresden

My research was guided by questions such as: What spaces were made available to migrants through community engagement through music? What impact did incoming band members have on intergroup interactions? What forms of artistic expression were explored, developed, or merged? And, what passageways does music offer to come to terms with culturally-different forms of expression?

These questions helped me reflect on the recorded concerts. At the TFF in Rudolstadt in July, the opening performance allowed me to observe how the instrumentalists occupied spaces for individual and ensemble performances:

The qanun interrupts the cheering by quickly clicking on the high notes. While it carefully sounds out the distances of the concert space, the kalimba joins trotting out of the silence in deep tunes.

The kalimba hits different tones.
How far does it travel?
Deep electronic outcries,
People pouring in,
And sonic signals reflected from the body of the audience.
The drumsticks interrupt.
An attempt to disturb the kalimba’s melancholic journey?

There is not much time to further think about this question. The saxophone begins to breathe deeply: in and out, long and deep. The cymbals are slightly brushed. the breath is deepened even more.

The qanun jumps back in, tickling the saxophone.
back and forth
sounding the chirping of crickets, while the saxophone breathes on.

As the saxophone feels out the concert space, the other instruments seem to be jumping over the heads of the people in the audience who are standing or bouncing their bodies to the sound.

The rattle sets in
The bass drum gets louder. Concert at the Elbwiesen in Dresden

As the frequency of the sound augments, the drum sets in. The niches taken up by the individual instruments get smaller and smaller. I feel overwhelmed by the clicking and the clacking, the breathing, and the ambience of the space filling with a range of different instrumental voices. I hear the qanun and rattle chasing each other around my ears, flying of the stage, through the branches of the trees and back. Their run is interrupted by the dark and slow bouncing of the saxophone, which tries to calm the lively crowd. But the drum does not want to have that and protests the saxophone stomping loudly. In response to the competing voices at play, the tuba takes charge of the chaos and announces the starting point for the remaining orchestral body that has been quietly observing from the back. Concert at the TFF Rudolstadt

Thanks to a graduate student grant from the Global Mobility Project, and the felicitous connection that I was able to establish to the Banda, I observed and recorded their performances at twenty concerts, conducted seven interviews with different band members, and attended several band practices to gain a better understanding of their work and community. Focusing my data collection on their performances, my analysis of the visual and audio material explores the interactions between performers, instruments, and their environment, the stage. Our conversations were often centered on how the instruments were able to communicate, which involved re-developing ways of communication among performers through different languages and play. Making music together stands as the primary goal for the band project, and allows for gateways to address questions of the inclusion of different voices at different stages of interaction.

I was invited to share this project’s preliminary findings at the Midwest Modern Languages Association Conference in Cincinnati. The conference, themed “Artists and Activism”, brought together faculty, graduate and undergraduate students, as well as artists to discuss the connections between arts-based expressions and social change. In a co-sponsored effort by the Department of Germanic Languages and Literatures, the School of Music and the Undergraduate Studies Committee in AAAS, I was able to arrange an artist exchange with Banda member Ezé Wendtoin who will be visiting Ohio State University March 18 – April 4 2018. By bringing Mr. Wendtoin to the Ohio communities, we hope to explore further impact of this project’s activist objectives in sharing their ways of community-building through the arts. 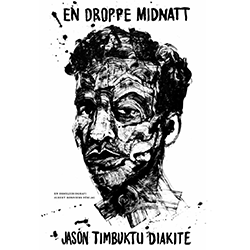 On Tuesday, November 14, 1:00-2:30 we will be hosting a discussion on Research Methodology.  The workshop will feature presentations from our faculty affiliates and team members.

The following events, made possible by a Global Mobility faculty research grant awarded to Associate Professor of Musicology Ryan Skinner, will be taking place over the next two weeks:

Trailer for Keita: The Heritage of the Griot
Film
2. Monday, September 25, 2017 – 4:00pm to 5:30pm, 18th Ave. Library, Room 205: Conversation with filmmaker Dani Kouyaté and Professor Ryan Skinner On the role and significance of music and sound in the cinematic oeuvre of Dani Kouyaté.  Co-sponsored by The Ohio State University Libraries:
https://music.osu.edu/events/musicology-lecture-kouyate-skinner-film-discussion
Discussion
3. Tuesday, September 26, 2017 – 7:00pm to 9:00pm, Wexner Center for the Arts: A screening of Kouyaté’s most recent (and award winning) film, While We Live, followed by a Q&A with the filmmaker.  Co-sponsored by the School of Music, African American and African Studies, French and Italian, Germanic Languages and Literatures, the Global Mobility Project, the Office of International Affairs, Ethnomusicology Program. https://music.osu.edu/events/musicology-lecture-kouyate-while-we-live

While We Live (Medan Vi Lever) – International trailer from DFM_FEATURES on Vimeo.

The Library of Congress has a great article telling the story of America through songs of immigration and migration.

“As Europeans colonized North America, beginning with the Spanish and French in the 1500s and the British and Dutch in the early 1600s, colonists brought their cultural entertainments along with them. Songs brought to colonial America continued to be sung in their early forms, so that later scholars of songs and ballads, such as the British ethnomusicologist Cecil Sharp and American ballad scholar Francis James Child, looked to North America to find early versions of songs, and songs no longer sung in their country of origin.[1] Ethnomusicologist Juan Rael documented folk dramas and passion plays — sung performances — that preserved early versions of Spanish religious songs in what had been the relatively isolated colony of New Mexico (modern New Mexico and western Colorado). With the development of sound recording, scholars attempted to record the earliest versions of songs that they could find, such as the ballads Child had identified. An example of a rare pre-industrial work song in this presentation is a Scottish song that women used when fulling cloth, called a “waulking” song. See “Fhillie duhinn s’tu ga m’dhi,” sung by Mary MacPhee in 1939.”

In a 2014 article, Steven Brown and colleagues demonstrate that music and genes may have coevolved by analyzing correlations between traditional folk songs and mitochondrial DNA among indigenous populations in Taiwan.  “These correlations were of comparable magnitude to those between language and genes for the same populations, although music and language were not significantly correlated with one another. […]  Music may therefore have the potential to serve as a novel marker of human migrations to complement genes, language and other markers” (Brown, et al 2014).

Read the full article from the Proceedings of the Royal Society B here: http://rspb.royalsocietypublishing.org/content/281/1774/20132072.short