Tonight I attended a seminar about climate change and global warming. I went with two friends who are also in STEM EE scholars which made me feel comfortable because I wasn’t alone. There were many other undergraduate students present who attended the seminar, however, another thing that caught my attention was the attendance of older adults as well, some who appeared to be in their sixties and seventies. This reminded me of the fact that you are never too old to learn. This also made me more aware of the widespread issue that global warming is. Global warming affects every single being on planet Earth. The effects of climate change do not discriminate- they affect everyone and everything.

Most of the content was relatively understandable. The speaker used plenty of graphs to show trends over time (carbon dioxide emission, sea levels, etc.). There were, however, some points the speaker brought up that I had no idea what he was talking about- some on the atomic level and others on the macroscopic level. I could have never imagined the countless different effects that climate change has on the world. While the scientific aspect of climate change is immensely important, there is also an economic aspect as well. Humans are not known for their strong-willdness with delayed gratification. This appears in possible to solutions in climate change as well. Why pay more money now to fund renewable energy sources for the longterm when you can buy energy from fossil fuels for an extremely low price now?

Climate change affects everyone. It is our problem and it is not a problem for tomorrow- it’s a problem for now. It’s not only about what may happen in the future, it’s about what effects of climate change we are experiencing now. UC Berkley was shut down for three days due to the threat of wildfires, caused by the drought in California which brings me to my next point: climate change causes drought. Water aquifers have been depleted, leaving millions without water. Drought, heat waves, water shortages, crop failures, and rising sea levels can cause hundreds of millions of refugees to migrate from their inhabitable homes in only a few short decades. The most water stressed areas are those closest to the equator and Ohio seems to fall right on the edge of the trend. Spring rain instead of snow in areas that snow happens frequently can cause glaciers to melt in streams instead of steady trickles which can cause floods. The problem is real and immediate. The projected sea level for 2100 should not occur naturally for another several millennia. The increasing population of the world makes it harder and harder for complete sustainability to be achieved.

There was an interesting quote presented at the seminar that really made me think about climate change. “If you don’t change directions, you will end up where you are heading”. In relation to climate change, if we, the inhabitants of Earth, do not take action to slow the effects of climate change, life as we know it will change permanently and Earth will eventually become inhabitable. We only have one planet. We must protect it. 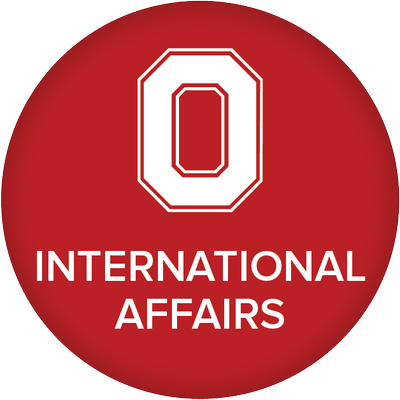 This past week I visited the Office of International Affairs at The Ohio State University. I learned about the different opportunities there were to study abroad and learn outside of United States. The advisor I spoke with was very knowledgeable about the different programs and helped me find which one could work best for me. I was very unsure of what I was looking for when I first went but after answering a few questions about my interests, where I wanted to travel, and for how long, the advisor presented me with a few different programs that I might be interested in.

The main point that first prompted my visit to the Office of International Affairs was when a speaker came and talked to my college seminar class about the opportunity to study abroad. Study abroad has always been something that I have thought about in the back of my mind but never something that I really took seriously and considered doing. It was an option that always interested me but in the past I always brushed it off as unrealistic because I believed I wouldn’t have the time. It was one of those “it would be nice” but probably won’t happen thoughts. The presenter spoke about how education abroad has a range of different programs that go to different countries and last for different amounts of time. Some people study abroad for a year and some go for only a few days. The thing that all students who had traveled abroad was the out of classroom experience to learn not only about another subject, but about another culture. The advisor even explained that many of the programs to study abroad count as credit, the same as a class would and factor into your GPA. Learning that there were some programs that could count as credit towards my major and wouldn’t take up too much time was what made me want to pursue more information about possible education abroad programs that might be right for me.

The program that sparked my interest is called Scientific Roots in Europe. There is a spring semester long on campus course that pairs with the education abroad program which counts as biology credit which ties in perfectly with my biochemistry major. The first half of the semester is spent learning about the context in which biological scientific discovery has taken place in Europe, specifically England and France. Over the week of spring break, the class travels to England and France and visits multiple historic sites where scientific discoveries have been made. The British Museum, Down House, and the Muséum national d’Histoire Naturelle are just a few of the historical sites which will be visited during the trip. After returning, the class resumes and a final project that ties the content learned in the classroom with the content learned in Europe is completed.

I would love to be able to study abroad sometime within my next few years at OSU because the mix of travel, learning about biology, and immersing myself in European culture is something I hope I get the opportunity to do.