Navigating the Turbulent Waters of Conflict (by Ruth Frankenfield ) 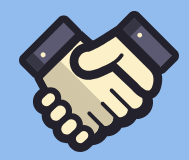 I spend quite a bit of time at work reading, writing, talking about and facilitating assertive communication. The DESC model, which we mental health CNSs are teaching and coaching throughout the James, is a simple one.

Describe in one or two brief sentences the facts of what happened, “Last Tuesday, during our team meeting, I stated that I thought we should re-write the policy. Your response was to make a sound and facial gesture that I interpreted as disapproval, even disgust.”

Express, using ‘I’ statements, what you thought and felt when this occurred: “ I felt disrespected. It felt as though my input wasn’t valued, that its unimportant.”

Specify what you’d like to happen going forward: “When I express a thought or opinion I want to be listened to without negative judgment and even if you don’t agree or think it’s a bad idea; just respond respectfully your thoughts and ideas and I’ll respectfully listen to you.

What Consequences are you hoping for if this change occurs: “I want us to communicate easily and fully. I value you and I value everyone’s input”.

One concern I have in promoting the DESC model is that people may believe that in using it, they won’t successfully get their point across or be taken seriously, let alone win the debate. In a conflictual situation, we commonly use some form of dominance (anger, position power, criticism, intellectualism, etc.) to pack a punch in endeavoring to prove that we are right and the other person is wrong. When we say something to a person in a tone of voice or manner that implies, “I’m right & you’re wrong”, it almost always results in the other person rising up, at least internally, in self-defense. When this happens, the communication becomes much more about winning than about resolving a problem. Using the DESC model is never about backing down on passion or conviction. It is a process for expressing our ideas, beliefs and feelings in a manner in which we are much more likely to be heard, taken seriously and be respected. The willingness and capacity to be present and fully listen to one another is not only more effective in achieving a successful resolution it honors the basic tenants of our Relationship Based Care philosophy that emphasizes self-awareness, the relational process and shared decision making.

← Make a Wish! (by guest blogger Mollie Maggied)
Forgiveness: A Bridge to Civility (by Kathrynn Thompson) →