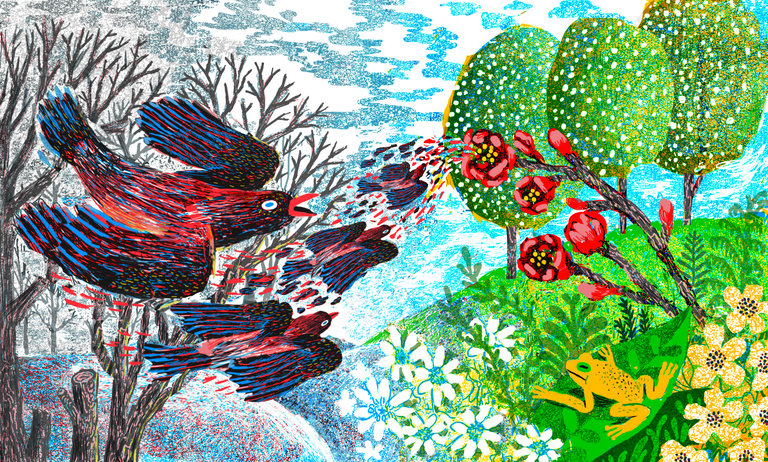 SEWANEE, Tenn. — Sexual energies were loosed early this year in Tennessee, then quashed. In February, spring peepers made my ears ring as I walked through wetlands east of Nashville’s honky-tonks. These frogs were a month ahead of their normal schedule.

But what is normal in a year when the calendar says spring starts Monday, yet the season started weeks earlier for plants and animals? When New York was clipped by a snowstorm last Tuesday, the streets had already been dusted with pollen from early-blooming red maples.

Spring has been particularly hasty and irregular this year, but this is no anomaly. In the latter half of the 20th century, the spring emergence of leaves, frogs, birds and flowers advanced in the Northern Hemisphere by 2.8 days per decade. I’m nearly 50, so springtime has moved, on average, a full two weeks since I was born. And you? We now experience climate change not only through the abstractions of science, but also through lived experience. Continue reading the main story