Intro/Source: What Are Stinging Nettles?

Information obtained from: Mechanism of Action of Stinging Nettles

When a person is stung by this plant, inflammatory chemicals are injected into the skin, including formic acid, acetylcholine, serotonin, and histamine.  This can result in irritant contact dermatitis.  The target organ is the skin. (Casarett and Doull). 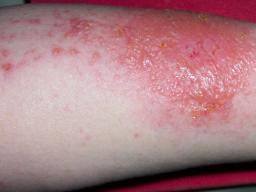 Not much is known about the mechanism.  The symptoms associated with the sting are due to penetration of the skin and liquids being transferred from the plant to the person.  Source: (Aurora Health Care).

According to Oliver et al., symptoms are associated with an increase in mast cells, so it is possible that mast cells contribute to symptoms.

According to Ozen et al., the plant can affect biotransformation enzymes in the liver and antioxidant enzymes, resulting in an attenuation of oxidative stress.  Refer to the paper for more information.

Burning and stinging may occur in the area where skin was exposed to the plant.  A hyperemic rash may follow (Mechanism of Action of Stinging Nettles).

Symptoms may not last for long, so a lot of people don’t seek medical attention.  However, there is variability in response (Aurora Health Center).

Unlike other toxicants on my website, there are several benefits to using the Utrica diocia.  The plant has the potential to mitigate symptoms associated with osteoarthritis, allergic Rhinitis, and asthma.  Source: Aurora Health Care. 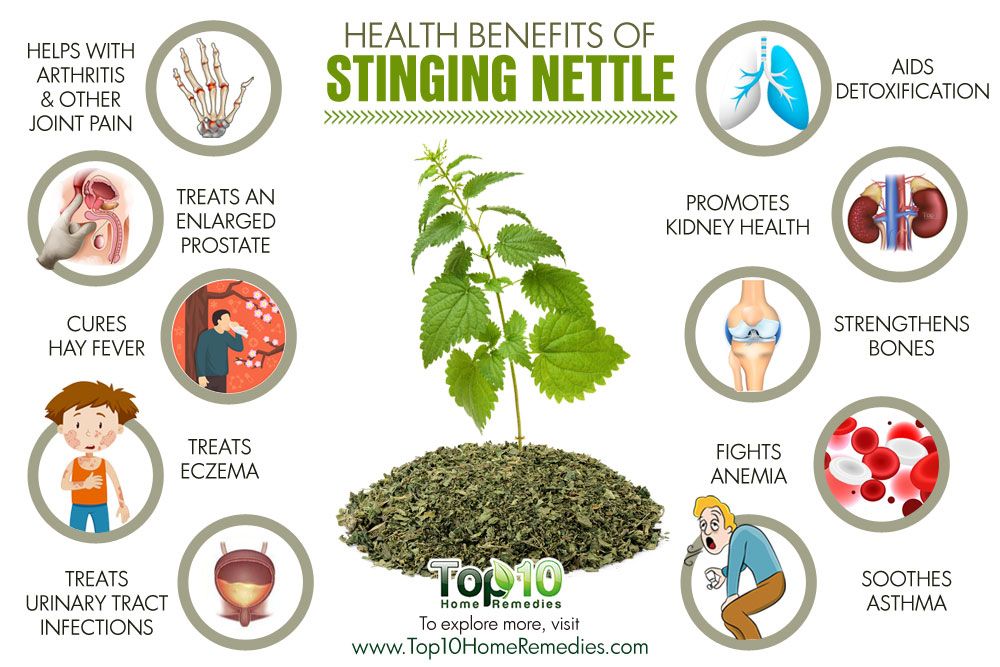 It is recommended that the exposed area be washed with water and to avoid heat exposure.  In addition, topical agents such as aloe vera and cool compressors may alleviate symptoms (Aurora Health Care).

Other treatment options include using the plants Rumex obtusifolius, Salvia officinalis, or Mentha x piperita to mitigate biochemical mechanisms associated with the rash (Mechanism of Action of Stinging Nettles). Potential biomarkers include chemicals associated with poisoning, such as histamine and acetylcholine, in addition to other chemicals such as the leukotriene B4 (Aurora Health Care).

Introduction: What is Jet Fuel?

Jet fuels are a type of propellant that move objects or give thrust and fuel vehicles (Jet Fuels CDC).  It consists of aromatic hydrocarbons in kerosene like mixtures.  There are subtypes of jet fuel; Jet A is used for commercial purpose whereas JP 8 and JP 8+100 are used in the military (Casarett & Doull).

Toxicity studies in rodents indicate that the liver, kidneys, and testes are not sensitive targets of jet fuels in humans (Casarett & Doull).

There is no evidence of jet fuels causing cancer in humans.  It is classified as a Group 3 carcinogen by the IARC.

Jet fuel can distribute throughout the body.  Chemical components have been found in brain, lungs, liver, fat, and blood.

In humans, there can be acute and chronic signs 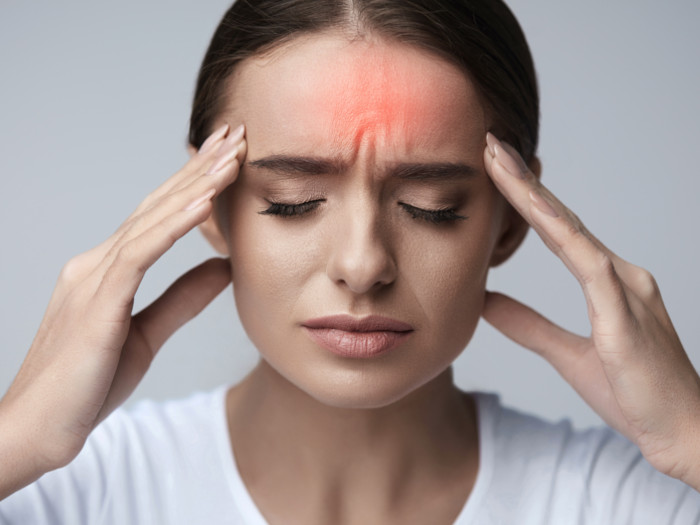 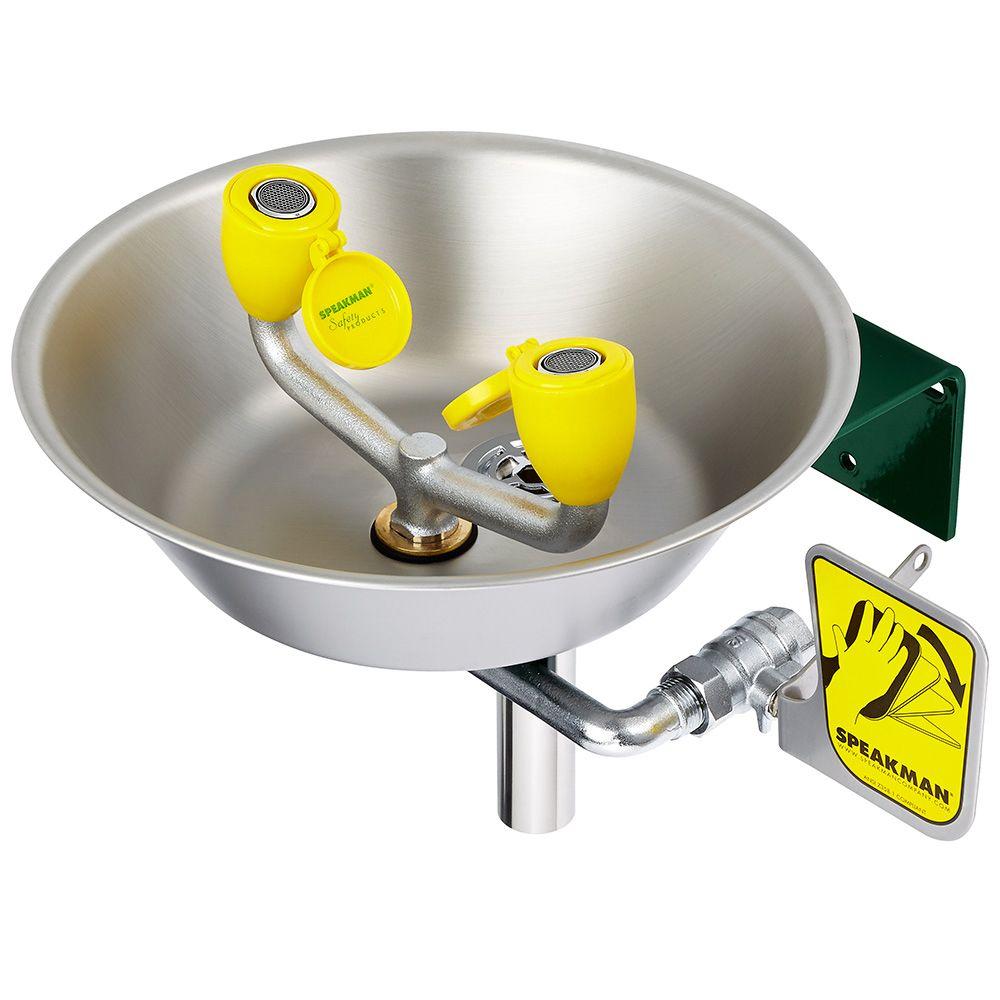 Copper is an essential metal necessary for bodily functions.  It has been used for centuries and is present in water and food.  It is also necessary for the function of many enzymes in the body (Casarett & Doull).  It is also naturally present in sediment, soil, plants, and air and is currently used in the production of many metal products.  In addition, it is found in metal mixtures, such as bronze and brass (CDC Copper Toxicological Profile).

Copper has the ability to rapidly enter the bloodstream upon absoprtion.  It is transferred to many organic ligands in the body such as imidazole groups on amino acids.  In many tissues, copper binds to metallothionen and other copper dependent enzymes.  Excretion occurs mainly via bile, but can also occur with urine and feces (CDC Copper Toxicological Profile).

Below is an illustration describing the metabolism of copper:

Over half of an oral dose of copper (55-75%) is absorbed from the GI tract.  Copper is mainly stored in the liver and brain.  The amount of copper in the body stays relatively constant through several mechanisms including copper ATPases interacting with chaperone proteins, intestinal reabosorption, and enterhepatic recirculation.  The limit for daily consumption is 10mg.  Ingesting copper salts in large quantities can lead to death of liver cells. Copper is able to rapidly oxidize and reduce between Cu(I) and Cu(II) and is involved in redox reactions, however this can also cause production of free radicals which can lead to toxic effects.  Copper is initially bound to intestinal cells due to going through the GI tract.  After being released, it is transported to the liver while bound to albumin and is then distributed to tissues and organs (CDC Copper Toxicological Profile).

The main target organs include the liver and brain (Cassarett & Doull).

Many studies have been preformed to determine the carcinogenicity of copper after oral exposure and parenteral administration in humans and animals. Studies in male Winstar rats following parenteral administration did not yield significant results but an increase of hepatocellular carcinomas was found in Long-Evans Cinnamon rats.  No carcinogenic effects have been found in humans (CDC Copper Toxicological Profile).

There are some heritable diseases that deal with copper metabolism

Menkes Disease: sex-linked genetic disorder in which male infants have copper deficiency, leading to several symptoms such as mental retardation, connective tissue dysfunction, and white matter degeneration.  The gene associated with this is the ATP7A gene and is involved with the copper transport.  Issues in transport lead to too much copper in enetrocytes. Wilson Disease: autosomal recessive disorder dealing with too much copper in kidneys, liver, and the brain. This is due to impaired copper metabolism and transport and is due to mutations on chromosome 13 on the Wilson disease locus, which encodes ATP7B, an ATPase.

Hereditary Aceruplasminemia: autosomal recessive disorder which leads to increased iron levels.  It is due to a mutation in the gene encoding for ceruplasmin, a copper binding protein. Treatment of disorders can include administration of zinc salts and chelators. An example of this is d-penicillamine. Copper induced liver damage causes changes in serum enzymes, such as alanine aminotransferase,  aspartate, and alkaline phosphate.  Another biomarker is increases in bilirubin levels.  A decrease in metalloenzymes and cytochrome oxidase are associated with reduced levels of copper. Copper is necessary for the functioning of many metalloenzymes including oxidases.  These enzymes are important for energy metabolism and redox reactions.  Low levels of copper result in several symptoms including bone abnormalities and hypochronic, microcytic anemia. DDT, also known as 1,1,1-Trichloro-2,2-bis(4-chlorophenyl)ethane is an organochlorine insecticide.  It has been proven to be useful against many pests and against insects that spread diseases such as yellow fever and malaria.  Technical grade DDT is a mixture of numerous isomers. (Casarett & Doull). It was banned from the US in 1972 except in the case of a public health emergency but is still used around the world for malaria (CDC DDT Toxicological Profile).

After being absorbed, distribution occurs all throughout the body, but mostly in adipose tissue.  DDT can be broken down into DDD or DDE, which are stored in fatty tissue.  Metabolites can be excreted via the urine and breast milk. (CDC DDT Toxicological Profile)

Below is a diagram describing the metabolic pathway:

DDT is very poorly absorbed through the skin but acute oral toxicity can occur upon ingestion.  LD50 values for dermal toxicity are greater than 1000 mg/kg.   As mentioned, it is found mostly in adipose tissue. More information can be found here: Casarett & Doull

Studies in animals have shown that DDT can cause cancer in the liver.  There have been many studies focusing on the link between DDT exposure and breast cancer, but no clear link has been found.  Other investigations include associations between DDT exposure and prostate cancer, testicular cancer, and lymphoma. More information can be found here:  CDC DDT Toxicological Profile

Mechanism of Action and Target Organs

One of the ways DDT toxicity occurs is through acting on the central nervous system.  It slows the closing of sodium channels after they have opened, increasing excitability of the neuron and making it more likely that repetitive firing will occur.  Also, it may inhibit the Ca2+-ATPase, reducing external calcium levels which will lead to more neuronal instability.  In addition, DDT can modulate neurotransmitter levels, such as norepinephrine and acetylcholine. (Casarett & Doull)

Below is a picture that illustrates the mechanism: Back when DDT was widely used, it would accumulate in the environment, causing several toxic effects on the wildlife.  This led to its eventual ban in the US.  More information can be found here: DDT Fact Sheet.

Treatment may involve acting on the central nervous system.  Some medications include phenytoin, diazepam, and phenobarbital (Casarett & Doull). DDT and its metabolites are analyzed in blood, feces, urine, breast milk, and adipose tissue.  Changes in levels of vitamin A in the plasma may correlate to DDT exposure (CDC DDT Toxicological Profile).