Disney’s Pocahontas is yet another classic tale of star-crossed lovers. Our two main characters are Pocahontas, a young Powhatan woman, and John Smith, an Anglo-Saxon man settling upon the new America. The two identify with groups that are seen as opposites to each other and have inverse motives. The movie harps heavily on themes of othering and identity through the two’s struggle to be together, making this children’s film suitable for any age with its bold message.

In the movie, the song Savages is sung after John Smith is captured as prisoner by the Powhatans and is performed by both groups. While preparing for war with each other, the settlers sing about how the Powhatans are “savages,” and “barely even human.” Once this verse is over, the scene transfers to the Powhatans singing the same lyrics of “they’re different from us which means they can’t be trusted.” Both sides take part in othering, and for the same reasons. The Powhatans and settlers diminish each other to dangerous, heartless animals who cannot be trusted. While the singing of violence and hatred continues though, Pocahontas sings a counterpart about her hopes for peace and prosperity between the two groups. She is able to see through their differences and is an advocate for peace through the whole thing, to which she is always ignored for being young. The reason for this war is directly caused by their uncontrollable differences. The colonist’s leader states multiple times throughout the movie sentiments like “that’s what you get when races are diverse,” and inversely by the leaders of the Powhatans saying “they’re different from us which means they can’t be trusted.” Both sides were guilty of marginalizing each other which led to war and conflict.

While the Powhatans and colonists had super charged opinions of each other, Pocahontas and John Smith did not. They both saw through each other’s differences and saw the human inside unlike the rest of the members of their groups. The two wanted to be together but knew that they could not betray their own people, and so throughout the film we see the two struggles with their identity. They want to love each other but know that they must be loyal to their families. 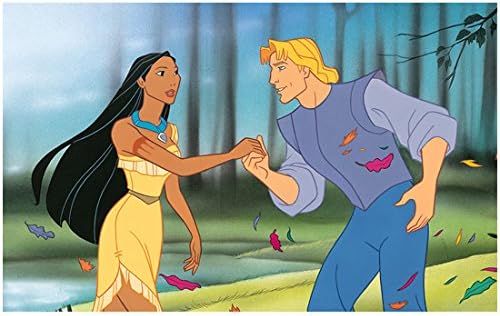 The two main characters go through huge identity crisis during the story while their peers other their lover’s types. Pocahontas and John Smith want to stay together because they know that their leaders’ thoughts on the other are unjustified and untrue. Pocahontas is a great story of two people struggling to stay with their perceived identities and overcoming othering of their peers. The themes of identity and othering are always on the forefront and leave viewers of all ages thinking about their enemies and themselves.