For this case study the Back Corner Design Team visited the Commons at Buckingham (CB). CB is a well maintained, relatively new, affordable housing apartment building located at 328 Buckingham St. Before visiting we did a general site overview with the following results:

Following the site characteristic investigation, most of which was done using information from Franklin County’s auditor maps, we actually visited the physical location in order to see how well it is maintained, along with it’s location relative to other parts of the city. 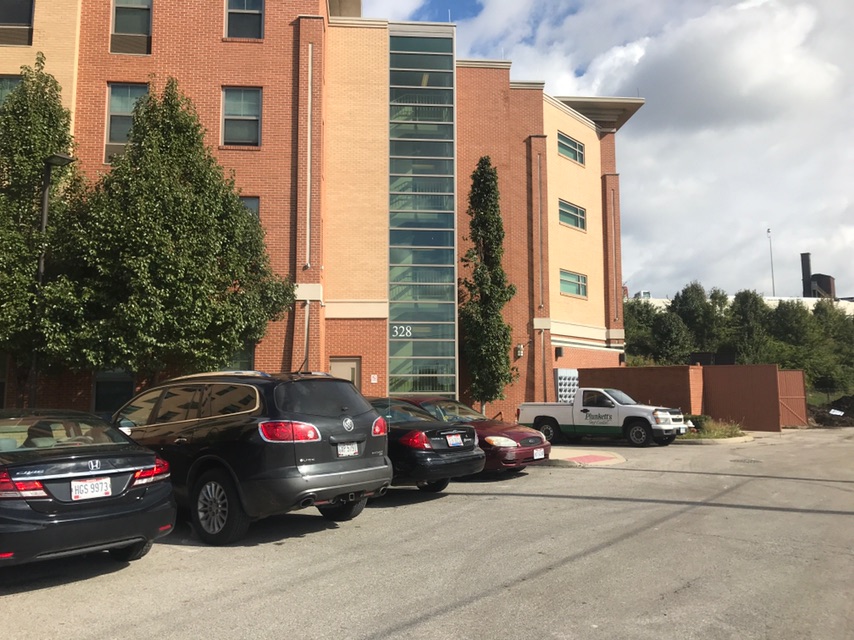 A view of the facade from the parking lot 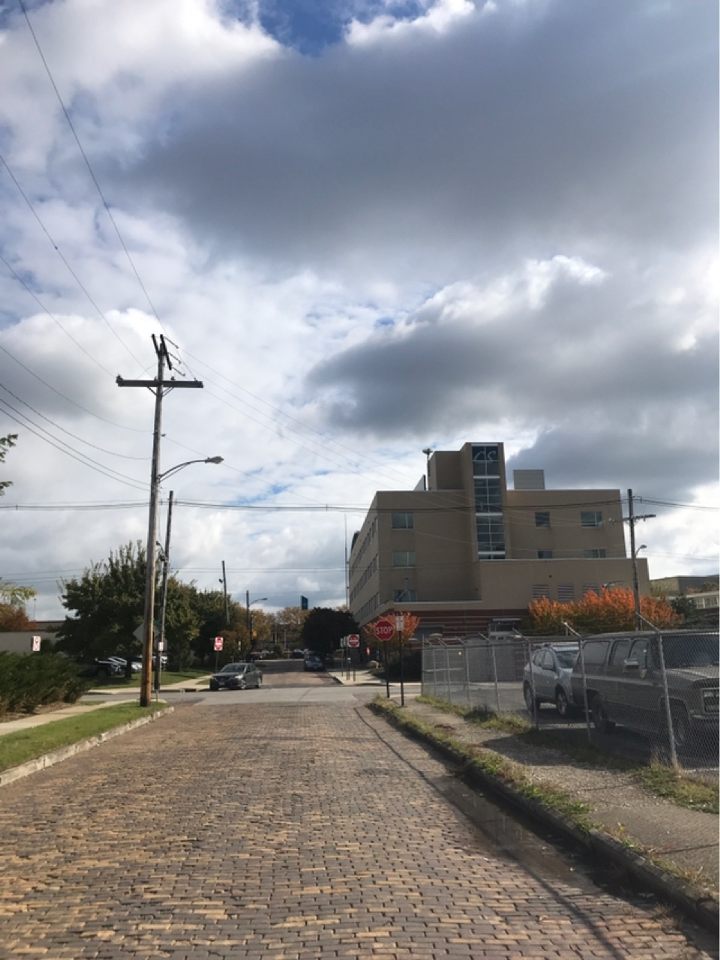 A brick road leading to CB. The sidewalk (right) is relatively poorly maintained. 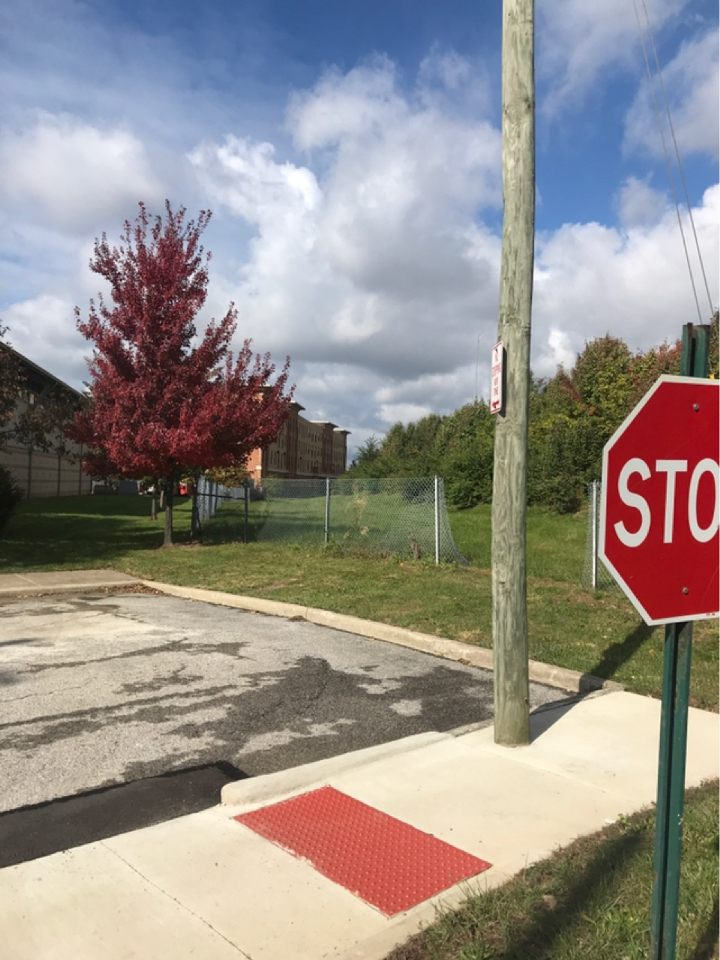 Nearby fencing (not managed by CB) in poor condition 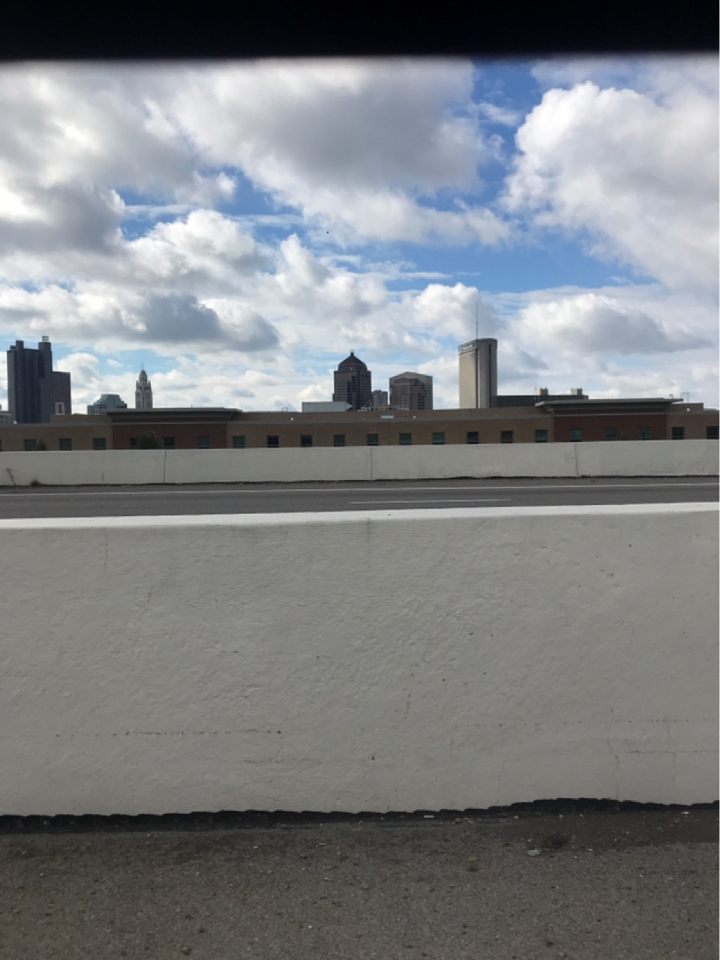 a view of CB from the adjacent highway 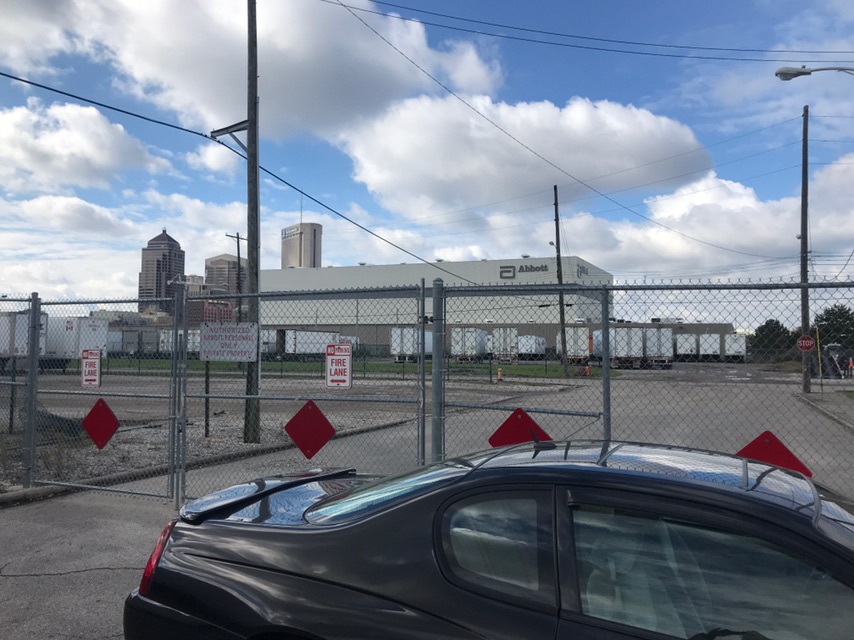 nearby businesses are inaccessible and alienating 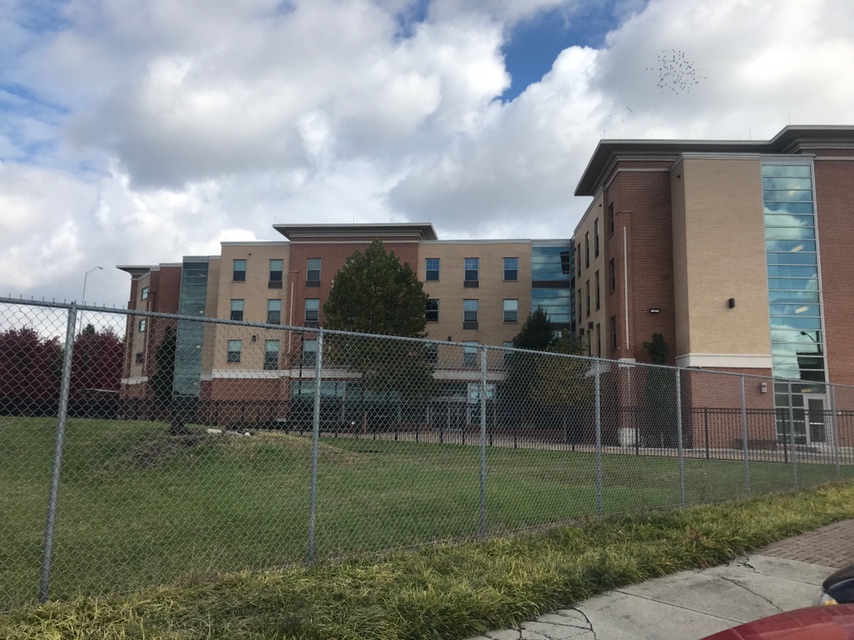 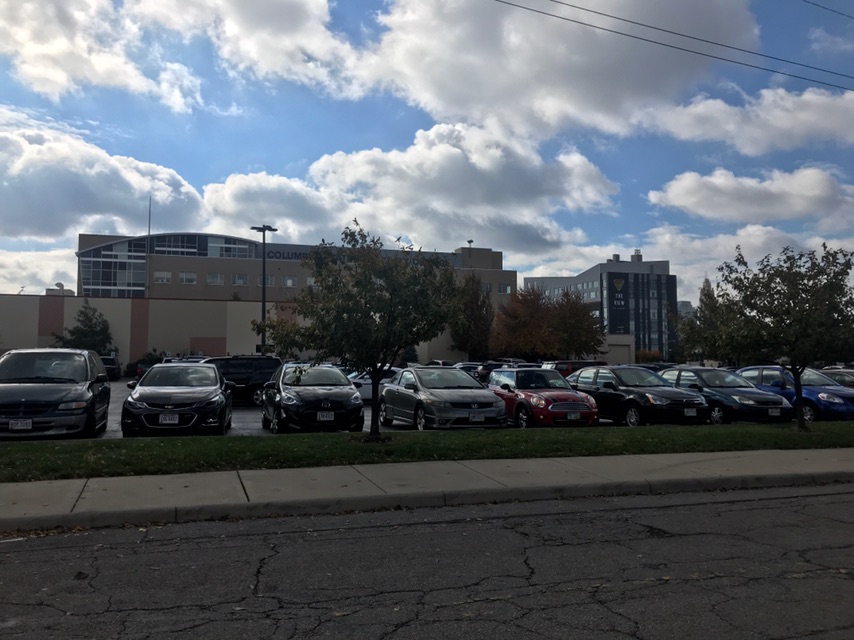 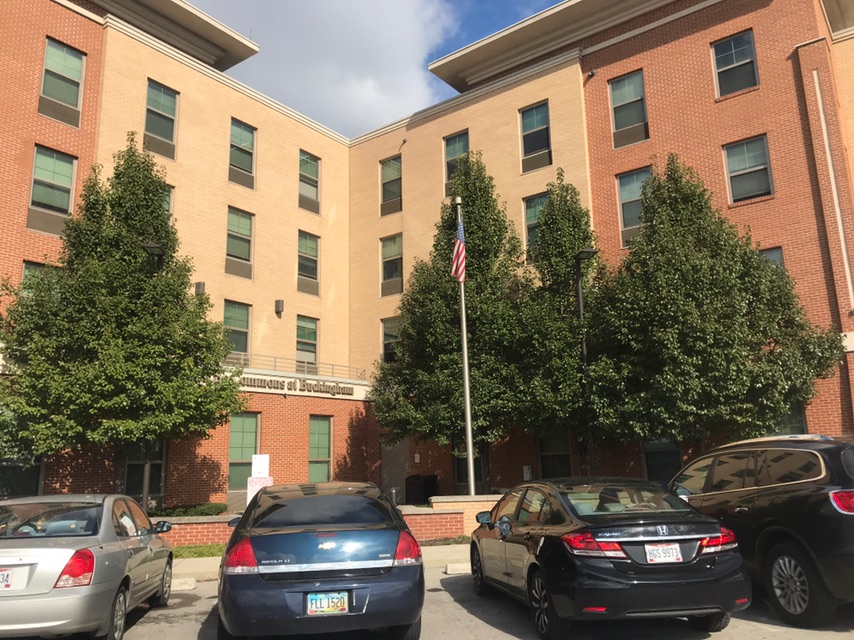 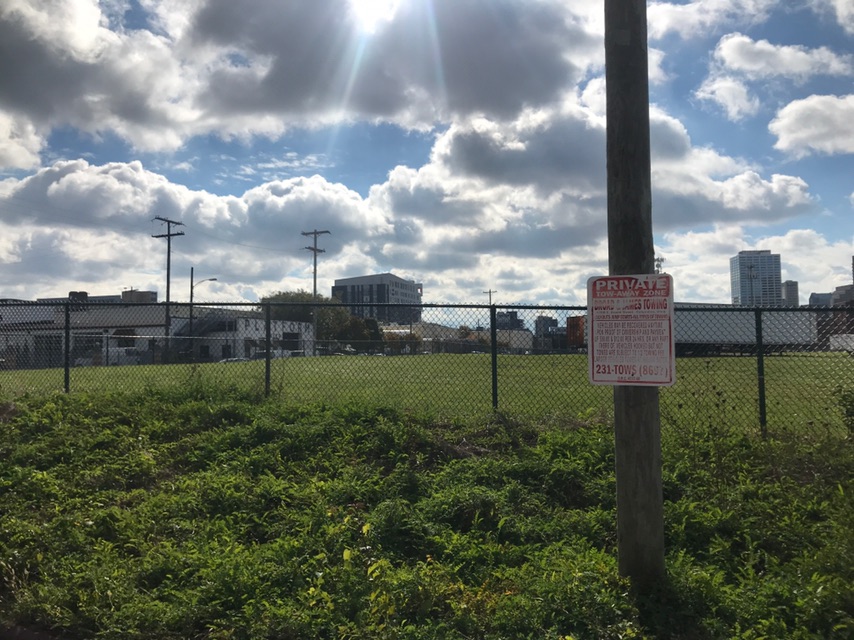 nearby areas are vacant or completely commercial 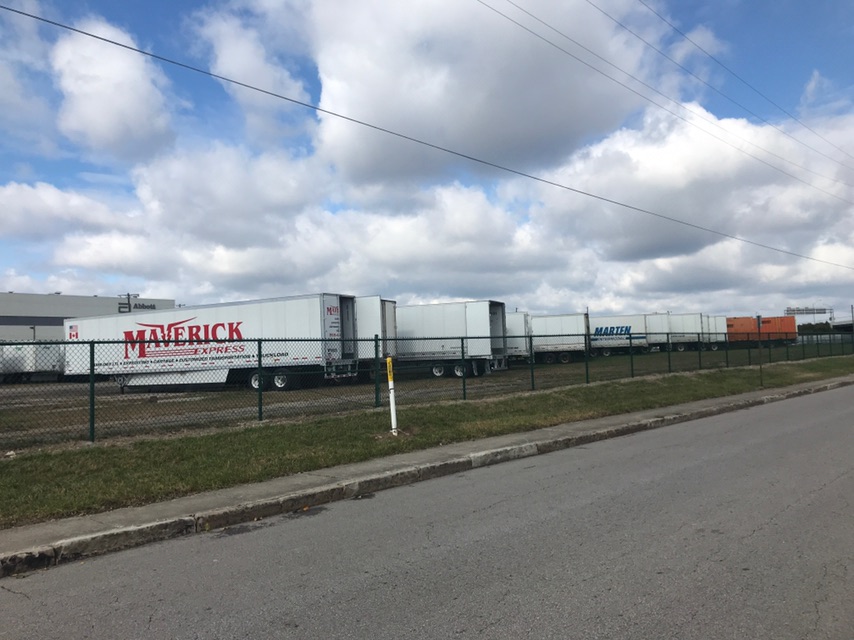 The largest benefit the location has is it is a short walk away from Columbus State. This provides tenants easy access to higher education.

The building itself is very out of place. Aesthetically it looks very nice, and takes a modern approach. It is surrounded by highway (i670), a gated semi truck shipping yard, a field, and other various buildings that do not have similar uses or architecture. CB itself is tucked away almost against the highway.

It is by the company ABBOTT, but other than that there isn’t a whole lot around it. The building and landscape is well maintained and it seems like a great spot for students, but it’s in an isolated area that’s noisy from the highway

The building is nice and well maintained, but it’s terrible location(and isolated surroundings) takes away from its value. The building might be okay with students renting, but not a good permanent living situation as it would be a hike to the nearest store or even gas station.

There are very few bus routes within walking distance of the location, aside from those made to service C State.

The address is in the dark blue, which is the lowest density that still has crimes occuring. Therefore, it is not anywhere near one of the highest crime rate areas within .5 miles. Several blocks west is significantly higher in crime rates.

Within 500 and 1000 feet however, the property becomes the desnist area of crime – however this is most likely due to the fact it is one of few buildings in the area whatsoever.

There was only one property that was even near the housing development, which had a property value of $152k

Properties to the northwest (north of 670) had a much higher PV, as did those to the south in downtown Cbus

Overall CB itself seems like a relatively safe, and semi-acceptable place to live. When members of BCDT did a crime comparison to some of their own living situations, it was significantly safer. Furthermore, the property itself is indeed well maintained and the building looks nice form the outside (which often indicates a well maintained interior).

The largest downfall of the building is its location. Because it is rather isolated, with the exception of Columbus State, there is little residents can do without a car. The direct access to i670 is an indicator of the car-centricity of the design. Furthermore, local public schools are low ranking. This can hinder youth growing up in the building and make Columbus State’s accessibility almost irrelevant for them. Overall, CB is a best pick for those looking for affordable housing near Cstate that have access to a car.