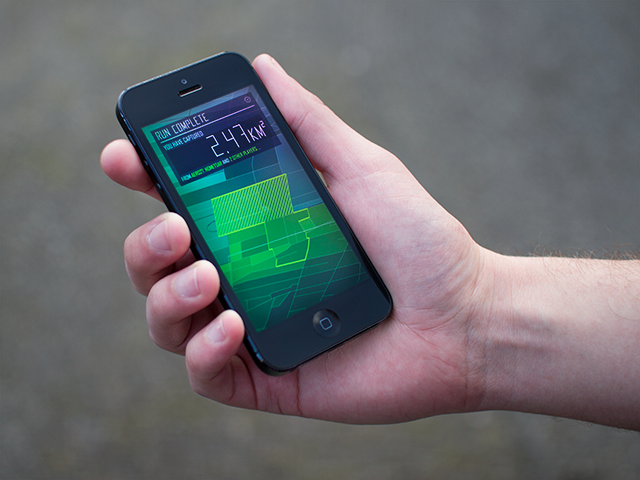 Let’s just put it out there right now: I hate cardio. But knowing it’s something I need to do for my well being, I’ll take any ounce of motivation I can get. On Kickstarter until April 17, Run An Empire is an app that turns running into a super simple game reminiscent of Fences and Risk. Like  other popular running apps, Run An Empire tracks your route, and the whole purpose is to capture territories. Everyone using the app shares the same map or game board, making it most fun, beneficial, and competitive if many people in your area are also playing. To claim a territory, such as your block, you run around it.  Someone can then capture it from you by running around it themselves. You can run a route around multiple blocks to claim a larger territory, and the same rules apply. You can even fortify your claim by running around it multiple times.

As of now, it sounds like you could capture territories regardless of whether you are walking, running, biking, or even driving. My hope is that as the app develops, there will be a way for users to play on different boards depending on their mode of transit (bike/run/walk). Another idea is that you could select which mode of transportation you’re using, and different modes would be weighted according to difficulty. For instance, I might have to bike five times around a territory to capture it from someone who only ran around it once. What do you think? As of this morning, the app has officially reached its funding goal, but you can still back it to get early beta access. Can’t wait!