Student of Time. Dr. Selin Malkoc is a Turkish-American behavioral scientist born to secular parents in Istanbul, married to a Jewish-American from the Midwest, mom to two bi-lingual children, and Associate Professor of Marketing at The Ohio State University. The many hats she wears in life have given her a unique combination of perspectives on time, which is the main focus of her academic research. She examines how people make present and future decisions, how they make judgements about the passage of time, and how they choose to use their time. In her research, she identifies anomalies in human behavior, understands the psychological underpinnings of these anomalies, and tries to identify remedies to overcome them. Inspired by cultural differences she has observed throughout her life, her recent research focuses particularly on time management (specifically planning and scheduling behavior), identifying if, when, and how we should be organizing our time to make the most of it.

More about TEDx YearlingRoad and other other talks on the time at http://www.tedxyearlingroad.com/DrSelinMalkoc.aspx

It’s impossible not to notice when someone refers to an event without using “clock time” language. Recently, at dinner, a professional dancer friend of mine told a story about a long day on set for a TV commercial. We asked him what time it finished. “It was, like, sun-touching-the-horizon time,” he replied.

It was a poetic answer that, after a beat, drew some gentle teasing, because clearly he was living on a plane of higher consciousness than the rest of us. But I also wished we could join him there. If only we could plan to eat when we’re hungry, instead of planning to be hungry when we were scheduled to eat. If only, too, we could have lingered in the restaurant until the conversation came to a natural end. Instead, our group had booked reservations after exchanging at least a dozen messages, and half of us had obligations later on forcing us to stay mindful of the time.

According to behavioral researchers, if our goal was to connect and make the most of our shared hours, we were doing everything wrong. In that case, Gabriela Tonietto, a professor of marketing at Rutgers University, and Selin Malkoc, a professor of marketing of Ohio State University, recommend not scheduling an exact time to rendezvous, but instead to try making arrangements on the fly…

The calendar is an indispensable tool in our over-committed and over-stimulated culture, and one no longer reserved solely for work commitments and appointments. Many busy people, faced with ever-dwindling free time, resort to scheduling everything from time with friends and family to sex with a partner.

But is scheduling your free time a good idea?

Researchers from Ohio State University’s Fisher College of Business and Rutgers Business School evaluated existing research (much of it their own) on time management tactics and how they affect the uptake, outcome and enjoyment of various activities. Many of their assessments, which are published in the journal Current Opinion in Psychology, are in line with conventional productivity wisdom. They determined that scheduling an activity increases the likelihood that it’ll get done, for example, and that multitasking helps people achieve more, but with spottier results.

When it comes to enjoying leisure activities, however, the researchers found that classic time management strategies may backfire… 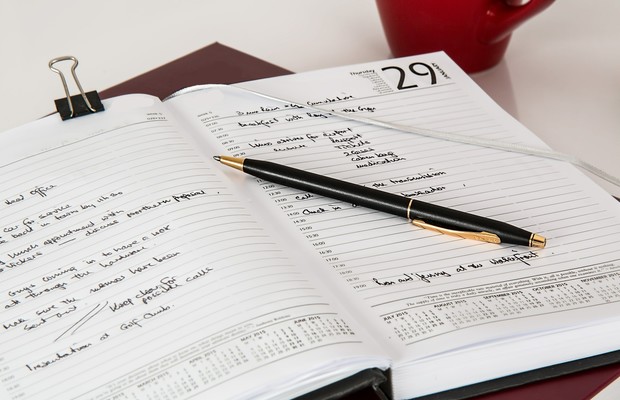 You’ve got a full hour until your next meeting. But you probably won’t make the most of that time, new research suggests.

In a series of eight studies, both in the lab and real life, researchers found that free time seems shorter to people when it comes before a task or appointment on their calendar.

“We seem to take a mental tax out of our time right before an appointment,” said Selin Malkoc, co-author of the study and associate professor of marketing at The Ohio State University’s Fisher College of Business

“We figure something might come up, we might need some extra time, even when there’s no need to do that. As a result, we do less with the available time.”

The study appears online in the Journal of Consumer Research.

In an online study of 198 people, Malkoc and her colleagues… 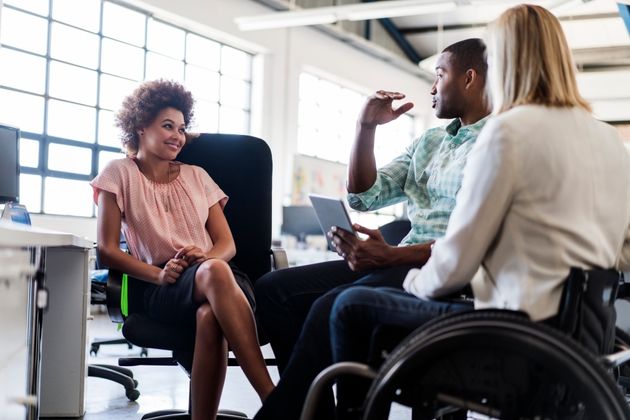 You’ve got half an hour until your next meeting, what do you do: make the most of the time by starting work towards a big project, or answer some emails and make a cup of tea?

Truth is, you’re more likely to choose the latter — at least that’s according to new research by Ohio State University’s Fisher College of Business in the U.S.

Researchers found, in a series of eight tests, that time seems shorter to people when it comes immediately before a scheduled task or appointment. Therefore when we have a meeting booked in our diary, we’re inclined to do less work and fill the time prior to the meeting with minor tasks, rather than knuckle down and complete something productive.

“We seem to take a mental tax out of our time right before an appointment,” said Selin Malkoc, co-author of the study. “We figure something might come up, we might need some extra time, even when there’s no need to do that. As a result, we do less with the available time.”

Sending someone on an African safari, staying in an Irish castle or going to Coachella makes them happier in the long run than a physical object. The perfect gift isn’t something you can wrap. More people want memorable experiences over the latest iPhone or designer bag — and their friends and family are more than happy to oblige by booking a table at a favorite restaurant, fueling an adrenaline rush with a skydiving session…

“It’s possible that we are in a post-materialistic world where we have enough stuff, and now people are focusing more on acquiring experiences,” said Dr. Joseph K. Goodman, an Ohio State University professor, who has co-authored a paper on “When Consumers Prefer to Give Material Gifts Instead of Experiences.”

“The other possibility is that people are looking for more unique gifts,” he also told Moneyish, “and we know more research that experiences are more unique and less comparable; two sweaters can be compared easily, but two vacations are much harder to compare, and have their own unique qualities and benefits.”…

Joe presented at the SCP Pre-Conference in Dallas Feb 15, 2018. Here are the slides he presented. By Selin Malkoc, full article at The Conversation and at Time.

Graduation season is upon us, and for many graduates, it’s a moment they’ll want to remember for the rest of their lives.

Yet families often wonder about the best way to mark this special occasion. The graduation gift, of course, is one way. But then comes the tough part: deciding on the gift.

I recently faced a (somewhat) similar predicament. I’d been promoted, and I wanted to treat myself. There was this ring I’d been coveting; but after a quick Google search for the best way to treat yourself, the recommendations were unanimous: Splurge on an experience – a trip or a retreat.

Just to make sure, I decided to approach my colleague Joseph Goodman, who has researched the relationship between purchases and happiness. He, too, suggested that I take a vacation to add another experience to my store of memories. After all, he and others have convincingly shown that experiences – rather than material goods – are more closely related to happiness.

Still, I had the nagging feeling that I’d be better off buying the ring. Was I just trying to find an excuse to buy something I’d wanted for a while? Or is there something else at play when we choose gifts, whether it’s for ourselves or others? Read the full article here: https://theconversation.com/some-graduation-gifts-really-are-better-than-others-77653