The Institute for Materials Research is hosing a weekend innovation challenge with a prominent industrial company this weekend (January 27-29).

They are inviting about 25 undergraduates to develop concepts to improve a commercial product. The scope of work is to develop a concept that is cheaper, lighter, and simpler to use than the current product. Students will self-assemble into teams of 3 to 5. Each team will come up with a presentation and prototypes (physical and/or virtual) to be presented to an industry partner on day three. Teams are competing for cash prizes and awards as the best weekend design.

Students will have flexibility Saturday and Sunday to come and go throughout the day.

The challenge will take place at Ohio State’s Materials Innovation space at 1381 Kinnear Road, Columbus, OH, 43210. If interested, please fill out the sign up form.

The event will feature top employers in the biotech, pharmaceutical, R&D, and medical device industries. Companies and institutions from across Ohio will be recruiting at this event. The timing of this event accommodates companies searching for interns or co-ops, as well as full-time positions.

The fair will take place February 28 from 2:00 to 5:00 at the Dublin Community Recreation Center.

It is free to attend! You can find more information and register on the event page.

Registration is not required, but will provide the attendee with a printed name tag and an opportunity to submit a resume to be included in a booklet provided to exhibitors in advance.

Here’s a fun graphic explaining how evergreens hold on to their green, even in the winter! The Chemistry Department at the University of North Texas is accepting applications for their Summer 2017 NSF-REU Program.  Students looking for an exciting interdisciplinary  research experience encompassing many aspects of computational and experimental chemistry are invited to apply. The ten-week program will tentatively begin the last week of May or the first week of June. Participants will be given a $5,000 stipend, and housing will be provided.  Funds are available to cover travel costs to and from the REU site, which is located in the northern outskirts of the Dallas-Ft. Worth area.

If you are interested, submit your application, personal statement, transcripts and two letters of recommendation by the application deadline.

Take a look at their program application and the areas of possible research for further insight into the program. Feel free to contact their program coordinator for additional questions.

Want to jump start your search for the right program? Check out this listing  of programs that have recently reached out to CBC students.

There are two opportunities for summer research, both out of state, one internationally!

Rosetta Commons is offering paid summer research internships to undergraduates interested in research in biomolecular structure prediction and design.  The summer includes a one-week Code School, eight weeks of hands-on research in one of the Rosetta labs, and finishes with attendance and poster presentations at the Rosetta Conference.

Monetary support is provided through an NSF REU grant.

Possible research projects span methods development in biomolecular design and applications from cancer and biofuels to drug and vaccine design.

Questions can be directed to Camille Mathis (cmathis@jhu.edu) or Jeff Gray (jgray@jhu.edu).

Want to jump start your search for the right program? Check out this listing  of programs that have recently reached out to CBC students.

Through generous donor support, department scholarships are awarded to students majoring in Chemistry or Biochemistry each year. 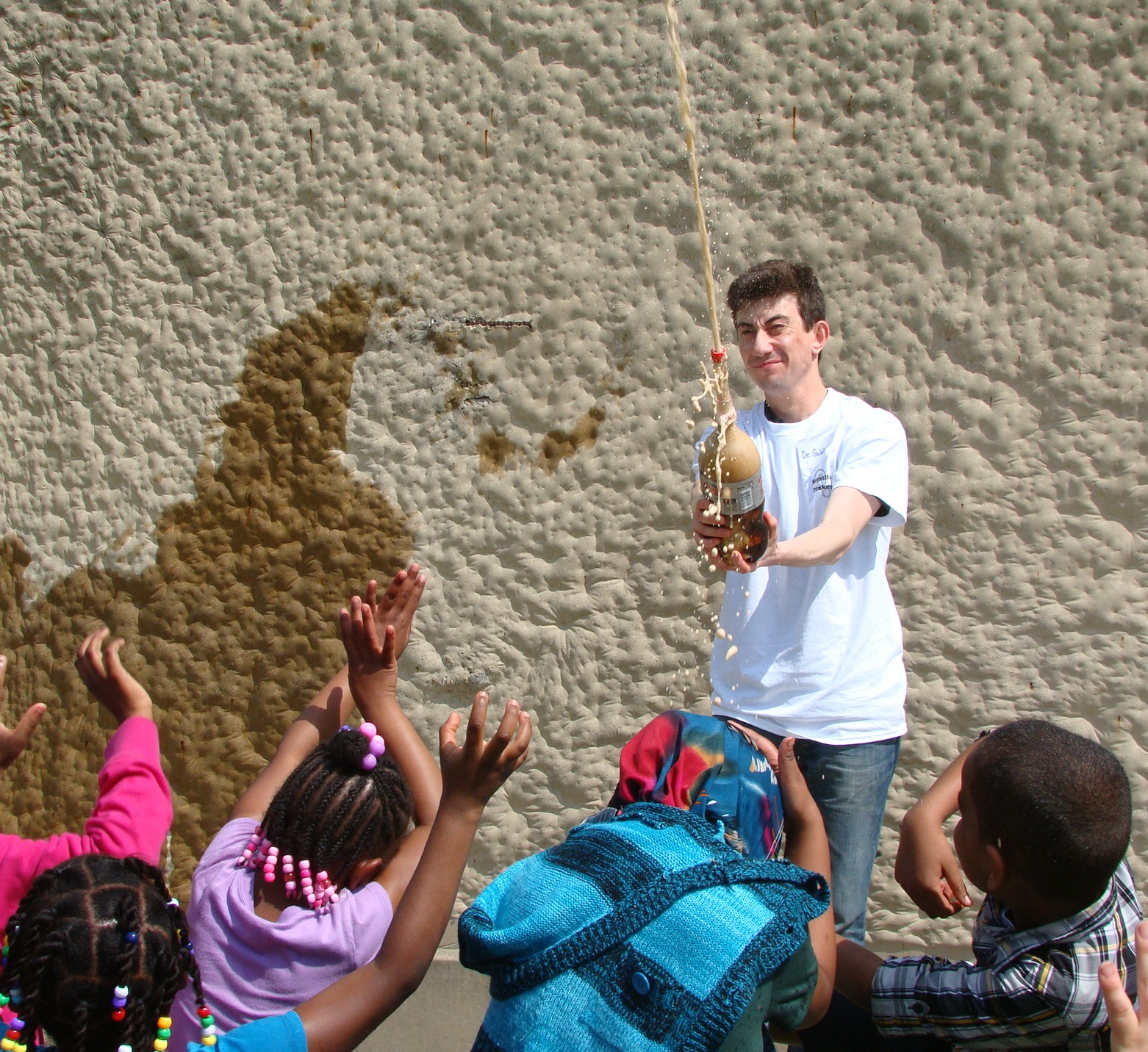 The Scientific Thinkers program partners with Innis Elementary School to bring OSU undergraduate and graduate scientists into the 1st – 5th grade classrooms. By sending scientist volunteers to teach a hands-on lesson, elementary students are gaining valuable time immersed in the sciences. These lessons are already created and available to volunteers prior to going to the classroom.

Those interested in this opportunity must attend an orientation before going into the school on behalf of the program. The orientation for Spring 2017 will be on Tuesday, January 17th, at 1:30 pm in 1080 Physics Research Building. RSVP to scientificthinkers@gmail.com if you plan to attend. Even if you cannot attend the orientation, please feel free to contact them if you are still interested in volunteering.

Please note that volunteers would need to be present in the classroom from 2-3 pm on Tuesday’s, but would also need to factor in time for travel to and from the school.

Take a look at their website for information on program coordinators and lesson plans.

The Master of Applied Clinical and Preclinical Research (MACPR) program is inviting you to attend one of two information sessions!  This program is an interdisciplinary graduate degree program offered by The Ohio State University Colleges of Nursing, Pharmacy, and Medicine. Available to full and part-time students, it offers specializations in clinical research management, regulatory affairs, and clinical and safety pharmacology. Applicants with a bachelor’s degree in any area are able to apply. Session information below:

Check out macpr.osu.edu and/or contact Nikki Herbert at herbert.1865@osu.edu for additional information.

Youngstown, Ohio native and third year Chemistry and Neuroscience double major, Adam Weiss, aspires to get his PhD in Endocrinology and become a professor – we’ll hold him to that. Before he does, you’ll still see him around being a General Chemistry TA, the Secretary of Chemistry and Biochemistry Club, researching, AND chasing tornadoes (really)! Adam spends his few spare hours of the day being a General Chemistry TA where he enjoys working with students who were just like him – beginning their careers in Chemistry and hoping they enjoy it just the way he does. He is also a Neuroscience Ambassador which allows Adam to be a mentor to incoming freshman majoring in Neuroscience.

Contemplating Undergraduate Research? Well, Adam’s will show you just how fascinating it can be! Adam is in Dr. Randy Nelson’s behavioral neuro-endocrinology lab where they study the effects of dim light; for example, the light on your phone before you fall asleep, and the behavior and physiological outcomes of it. So far, the light has been linked to weight gain, depression, and even weakening of the immune system!

Adam has many classes he’s enjoyed, but the one that takes the cake was Honors General Chemistry 2, taught by Dr. Gustafson – who is also one of Adam’s mentors. “His infamous 4 hour exams still sticks out as one of the most memorable parts of my college career – the only exam I have ever taken where I watched students order a pizza mid-way through”, stated Weiss.

Dr. Noel Paul is one of Adam’s favorite professors. He enjoyed Dr. Paul for organic chemistry and how he takes the idea of being a ‘lifelong’ learner to the next level. Adam stated, “While some professors do not enjoy answering questions, Dr. Paul loved talking about organic chemistry and working through problems with his students.” Adam learned a great deal from him and also had fun while doing it!

Adam has also traveled to Germany for the DAAD RISE internship program – “It was one of the most fun experiences in my life”, Adam stated. RISE is an academic exchange program run by the German government which allowed Adam to be a research intern at Carl von Ossietzky Universitat Oldenburg. He worked in the biological psychology lab where he studied the effect of nicotine on attention and memory. During this 12-week experience he traveled to nine cities, including Berlin and Istanbul – which were his favorites! His education and cultural experiences were broadened and he is forever thankful.

Life outside of Adam’s studies is filled with the weather – thunderstorms, tornadoes, everything! Adam is a certified severe weather spotter for the National Weather Service. He’s always enjoyed this filed and took the training to pursue his hobby and hopefully be able to warm people in dangerous situations. “I have seen two funnel clouds in the past three years, but I still haven’t caught the tornado I have been chasing”, Adam stated. When you catch that tornado, let us know how it went, we’ll be waiting behind.

Good Luck on your studies, goals, and dreams, Adam! The department is cheering you on! The Summer Internship and Opportunity Fair will take place on Tuesday, January 24th, from 1:00 to 5:30pm in the Ohio Union Grand Ballroom.

Organizations at the fair will be recruiting for volunteer positions, internships, part-time summer jobs, and full-time summer jobs. There will be 120 employers from a wide range of fields present. This is a great opportunity for you to find a way to spend your summer doing something you are interested in while enhancing your resume. While at the fair, you can also have a LinkedIn headshot taken for free!

In addition, Career Services has partnered with JFS Columbus to offer a unique career fair prep workshop titled The Secret Sauce. This interactive workshop will teach you skills you’ll need to standout at the Internship and Opportunity Fair. It will take place on Wednesday, Jan 18th, from 5:30 to 7:00pm in the Psychology Building, room 14.