Our DPX 400 MHz Oxford magnet had a severe vacuum issue.  The department decided to retire this instrument!  More information will be forthcoming about the purchase of a new instrument.  In the meantime – watch the video of the magnet quench! 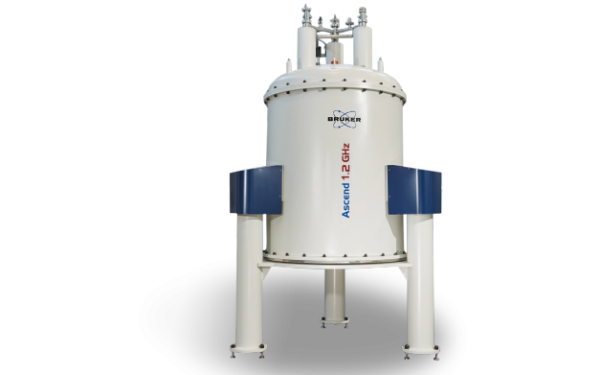 Ohio State will soon be the home of the first 1.2 GHz NMR system in North or South America! Follow this exciting process as we ready the CBEC NMR Facility for this new instrument:  National Gateway Ultrahigh Field NMR Center

Prof. Ernst developed the Fourier Transform – all we need to do is type ‘efp’ or ‘wft’ and in less than a second – voila, there’s a beautiful NMR spectrum.  He also developed the 2D NMR – COSY and beyond.  I miss catching his presentation of the Laukien Prize at the annual Experimental NMR Conference.

“Born on 14 August 1933 in Winterthur, Switzerland, Richard Ernst is a Nobel Prize–winning physical chemist… His doctoral thesis centered on the newly developing field of high-resolution nuclear magnetic resonance (NMR). The following year he left Switzerland for the US to become a research scientist at Varian Associates in Palo Alto, California. There, he and a colleague worked to improve the sensitivity of NMR spectroscopy and developed Fourier transform NMR….In the 1970s he developed two-dimensional NMR techniques to study large molecules. He also expanded the application of NMR spectroscopy as a valuable tool in a number of fields besides chemistry, including physics, biology, and medicine. His work would lead to the development of magnetic resonance imaging, a noninvasive diagnostic imaging technology essential to medical professionals.”

If interested, please see NMR staff for details.  As as user of our facility you can have access to Bruker’s CMC-se software for structure elucidation.

The probe will be sent to Bruker’s shop on Monday, August 14th. The system will likely be unavailable during this repair. Turnaround from Bruker probe repairs range from 1-3 weeks. They have be notified of the critical nature of this automated system and will attempt to return the probe to us quickly and/or provide us with a back-up probe.

Thanks for your patience with this hardware issue, and thanks for being more careful with sample handling. The last time this probe needed to be sent to Bruker’s shop was in 2012, so let’s try for another long run without major issues! The problem seems like to originate from the probe.  You may recall that a few months ago, we had at least one sample break inside the probe.  This caused breakage of the probe insert – plus, the RF coils were bent out of alignment.  Although we were able to get back to a working state – it is most likely that the problem has returned.  We’ll take a look at the probe locally in the next few working days, but the probe will likely need to be sent to Bruker for repair.  Bruker usually does not have a back-up ATM probe to provide, but they are checking to see if this is possible.  I’ll continue to update all the NMR users as I learn the plan moving forward.

In the meantime… another reminder….

**Make sure all NMR caps are FULLY on the NMR tubes**

If the caps are not completely pushed onto the NMR tube, the sample is too long and can break in the probe.  When I checked the rack even this week – I’m finding several tubes that are hanging too long and are caps not properly placed.  Also, don’t use caps that have split. I’ll be contacting users about this in the future – and giving stern warnings and/or remove access to the instrument. Please follow the procedures as trained so that the instrumentation will continue to provide quality data without hardware issues!  Attached is Norrell’s directions for properly placing a cap on an NMR tube for the SampleJet.  I have several Norrell NMR tubes with these marks and would be happy to show anyone who is interested.

**Use only pristine NMR tubes**

Do not use NMR tubes that have been cracked at the top.  The NMR cap cannot be properly seated on a damaged tube.  If we find NMR tubes that are too short – they will be pulled from the system.  Also, be sure the outside of your NMR tube is completely clean!  Start by cleaning your tube thoroughly in your lab.  Use a Kimwipe to clean the NMR tube further before placing it in the magnet.

Topspin 4.0 was announced at the ENC as well as their newest console design Avance NEO.  The processing version of Topspin 4.0 will be available soon for download.  This new version is not compatible with our AVIII consoles.