Black Math Story provides all the information about Ohio State’s Hidden Figures Revealed project while our main website is under construction. Feel free to independently browse via our navigation bar, including Events, Lessons, and Our Team.

This blog provides an overview of everything that our team worked on during Black History Month!

Read on to find out what the Hidden Figures Revealed project accomplished during the month of February. The Math Outreach team combined creativity with their math genius to produce K-12 materials for Dr. Svager. Dr. Svager is one of our earliest hidden figures who graduated with a PhD in Mathematics from The Ohio State University. Born in 1930 in Wilberforce, Ohio, Thyrsa Frazier Svager achieved what few women of her generation have in the field of education as one of the first African-American women in the United States to earn a PhD in mathematics. Her master’s thesis inspired the Math Outreach team to craft a math lesson based off of Dr. Svager’s work. The lesson includes an educator’s presentation, classroom worksheet, and a unique math game suitable for grades 3-12. Check out the Math Outreach team’s work on our Lessons page.

If you’re looking for a detailed overview of our Hidden Figures Revealed project, we have the event for you! On February 10, lead Dr. Ranthony A.C. Edmonds (PI) gave an hour-long presentation diving into the details of our research project. With the help of Afro-American Museum curator and webinar host Jerolyn Barbee (Community Partner/NAAMCC), Dr. Edmonds pointed to the book that inspired our project—Margot Lee Shetterly’s Hidden Figures, explained the importance of our project, and highlighted the hidden figures we’ll feature in the coming months. To read more, visit our Events page.

On February 12, our project team visited the National Afro-American Museum and Cultural Center (NAAMCC) in Wilberforce, Ohio, for a half-day retreat. We spent the day touring the museum’s exhibits, connecting with each other as a team, and devising a project game plan for the upcoming months. Near the end of the day, National Afro-American Museum curator Jerolyn Barbee (Assistant Director, Ohio History Connection) gave a wonderful tour of the “Queens of the Heartland” exhibit: an impressive collection of African-American women’s stories. She also guided us through “Rhythm of Revolution-The Transformative Power of Black Art 1619 to the Present”: an exhibit made entirely by students from nearby Wright State University that maps the visual flow of artistic, cultural, social, and political change in America from 1619 to the present day. If you’re looking for an informative (and fun) one-day getaway, our team highly recommends. To learn more about the National Afro-American Museum and Cultural Center, visit our Community Partners page. 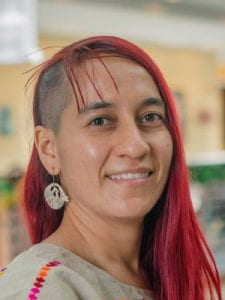 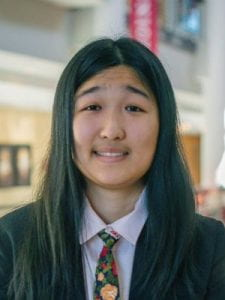 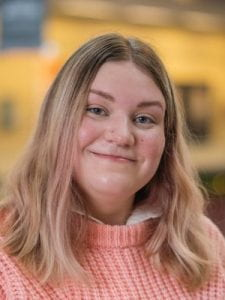 Every month, our blog likes to give a shout-out to some of our project’s MVPs. This month, we feature the team who makes all our K-12 lesson plans: Math Outreach. We asked Math Outreach’s Monica Delgado, Angela Li and Hannah McDavid some questions about their role on the team, what they’ve been working on, and more.

➢ What’s your role on the Hidden Figures Revealed team? What have you worked on so far relating to Ohio State’s Black hidden figures?

Monica: I am the lead for the math outreach component for the project. My team and I are working on creating History + Math educational resources based on the work of some of our hidden figures. So far we have ideas for all PhD subjects and one full lesson plan ready.

Angela: I am on the outreach team, so I work with Hannah and Monica to create interactive math lesson plans based on the works of the hidden figures. So far, I’ve worked on a sum of squares game related to Dr. Thyrsa Frazier Svager’s thesis and on a group theory activity related to Dr. Guy Hogan’s work.

Hannah: My team is the mathematics outreach team, and our purpose is to take the research published by the hidden figures featured in this research project and create lesson plans teaching the material to students K-12. Individually, I’ve been studying Dr. William McWorter, whose personal life has remained obscure, but his professional work has been quite interesting to study. In particular, his article in Byte Magazine on fractal formations piqued my interest because he explored fractal formation by folding paper. So, I just recently completed the first draft for a lesson plan in which younger students fold paper to create their own dragon fractals. I’m very proud of this lesson plan in particular because it’s accessible for almost all educators and it teaches children about fractals in a fun and creative way.

➢ What originally drew you to the Hidden Figures Revealed project?

Monica: When the University opened the Seed Grant for Racial Justice call for proposals, I thought it was a great opportunity and wished I had a good idea for something to submit. I was happy to hear that Dr. Edmonds had been awarded the grant, so when later she invited me to join the project, I was even happier to be able to be part of such a great initiative.

Angela: I first found out about this project through Monica, since I’ve previously collaborated with her on other outreach projects, and I thought this project was a really cool way to show students that math is fun and that anyone can be a mathematician.

Hannah: I always assumed that because I studied mathematics, there weren’t any relevant research positions I could hold without working in highly theoretical mathematical proofs, which is not something I excel at. But, randomly, one day I decided to look in my email inbox for opportunities out of curiosity, and I found the Hidden Figures Revealed flyer advertising positions for math students. The project appealed to me because recognizing and working to correct historical (and current) instances of inequality and discrimination is an issue I’m passionate about.

➢ If you could have lunch with one of our hidden figures, who would you choose and why?

Monica: Dr. Thyrsa Svager. Partly because she’s the hidden figure I have learned more from so far, but also because I can relate to her, being a woman of color working on math education.

Angela: I’d love to talk to Dr. Howard Simon since it’d be super interesting to hear his ideas on using computers in mathematics education.

Hannah: If I could have lunch with any of the hidden figures, I would have lunch with Carolyn Mahoney. She has an incredible and impressive list of accolades and positions under her belt, and I’d love to hear her perspective on what the journey was like as a Black woman.

➢ What do you hope people take away from this project?

Monica: I hope we all realize how the typical selection of STEM “heroes” and role-models that we are presented with is biased, and how much we can learn from looking at and highlighting figures whose stories have been historically hidden. I also hope that the information obtained informs change at the Department of Mathematics, so we can create a more inclusive environment where everybody feels welcomed.

Angela: I hope this project inspires people to pursue their passions, especially those who feel underrepresented in their field.

Hannah: At the conclusion of my time working for the project, I wish to have made an impact on both educators and their students. More specifically, I want to inspire students to pursue education journeys they’re interested in but previously felt were unattainable due to a variety of factors.

Monica: My favorite movie is Kubo and the Two Strings. It is an animation movie from the same studio as Coraline, but somehow this one isn’t as popular and I just don’t understand why. I read that people find it complicated – I don’t get it. I think is just awesome, so I try to recommend it whenever I have a chance, especially since I found that the producing house was about to go bankrupt. The movie involves origami pieces that come to life as their creator tells a story with them. I think the plot, the animation, and the music are all great. You should definitely check it out!

Hannah: Something I’d recommend people check out is Good Mythical Morning! They’re a YouTube channel for two guys who’ve been best friends their entire lives, and every episode they play a game, test different food items, and explore many other topics. My favorite episodes are ones where they try food from around the world and try to guess the country of origin. It’s part of my morning routine to watch it while I eat breakfast and it’s an incredibly fun way to start my day.

➢ What’s a pet peeve of yours?

Monica: People brushing their teeth while walking around the house. You do that on the sink. Period

Hannah: Something super insignificant that will never fail to get on my nerves is when people follow recipes exactly as they’re written. I firmly believe that recipes are suggestions and should be molded to each individual preparing the dish, so if you enjoy lots of garlic, go ahead and triple it in recipes!

➢ Which team member would you like to shout-out?

Monica: Shout out to Liz for putting up this wonderful website! Thanks for all the hard work! I really appreciate how proactive and prompt to do the work you always are.

Angela: I’d like to shout out both Monica and Hannah from outreach! They’ve both been tremendously helpful and a joy to work with.

Hannah: I would like to shout out Jerolyn Barbee for giving us a personal tour of the Afro-American Museum. She was super knowledgeable and gave insight into each person in different displays’ connections with each other, which I greatly appreciated and enjoyed!