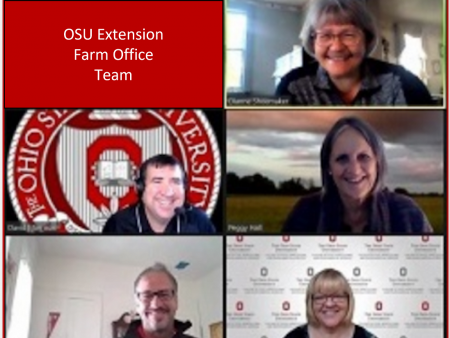 “Farm Office Live” returns virtually this summer as an opportunity for you to get the latest outlook and updates on ag law, farm management, farm business analysis, and other related issues from faculty and educators with the College of Food, Agriculture and Environmental Sciences at The Ohio State University.  Attend “Farm Office Live” online on July 23, 2021, at 10 AM (EST).  To register, please visit https://go.osu.edu/farmofficelive

The message is clear: farms must know their costs of production for corn, soybeans, hay, milk, meat, and any other commodities they produce.  Why?  To make informed marketing, production and financial management decisions that contribute to the overall profitability of the whole farm business.

Farm business analysis is a tool that can be applied to any farm, regardless of size, crop, or livestock enterprise. Financial management is critical to the success of every farm business, and with analysis, farms are able to better understand the numbers behind their profits or losses. END_OF_DOCUMENT_TOKEN_TO_BE_REPLACED

Producers can now make elections and enroll in the Agriculture Risk Coverage (ARC) and Price Loss Coverage (PLC) programs for the 2021 crop year. Producers can elect coverage and enroll in crop-by-crop ARC-County or PLC, or ARC-Individual for the entire farm. Although election changes for 2021 are optional, enrollment (signed contract) is required for each year of the program. The deadline to enroll and make amendments to program elections is March 15, 2021.

Join The Ohio State University Extension Service as they host a webinar to discuss the ARC/PLC decision for the 2021 program year including updates on current market outlook and decision-tool calculators available to evaluate options and deadlines.

There is no cost to attend these meetings, but registration is required. To register visit: go.osu.edu/arcplc2021 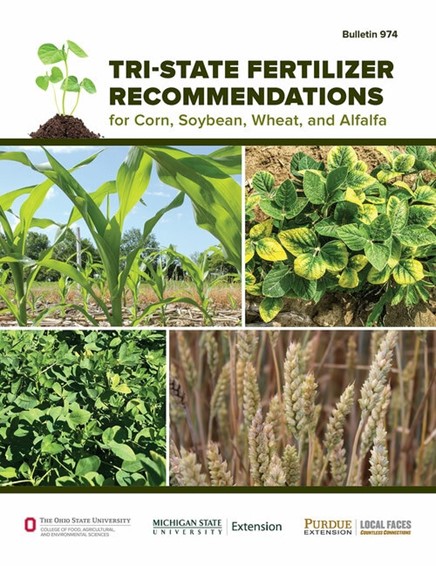 After 25 years, the Tri-State Fertilizer Recommendations for Corn, Soybeans, Wheat, and Alfalfa has been comprehensively updated and is now available. The full version can be downloaded as a free pdf, or a printed copy can be purchased through the extension office or online at https://extensionpubs.osu.edu/search.php?search_query=974&section=product

END_OF_DOCUMENT_TOKEN_TO_BE_REPLACED

Please complete the survey at: https://go.osu.edu/FarmMgmtNeeds by December 18, 2020.

Do you need a resource to answer those tough farm tax questions? If so, you can access the Farmer’s Tax Guide (IRS Publication 225) online at: https://www.irs.gov/pub/irs-pdf/p225.pdf

The 2020 Farmer’s Tax Guide explains how federal tax laws apply to farming. This guide can be used as a guide for farmers to figure taxes and complete their farm tax return.

The explanations and examples in this publication reflect the Internal Revenue Service’s interpretation of tax laws enacted by Congress, Treasury regulations, and court decisions. However, the information given does not cover every situation and is not intended to replace the law or change its meaning.

The Rural Tax Education Site has additional resources for agriculturally related income and self-employment tax information that is both current and easy to understand: https://ruraltax.org/

Profitability and cash flow are two important business concepts that can be confused by many small business owners. Just because a business is profitable, doesn’t necessarily mean it cash flows. Alternatively, a business can have positive cash flows and not be profitable.  These are topics that are often difficult to understand, so let’s dig into how these statements are possible. First off, let’s take a deeper look at profitability and cash flow.

There are certainly no shortage of challenges for those involved in production agriculture. After a soggy 2019 growing season that saw record acres unplanted in Northwest Ohio, many farmers were hoping for a more “normal” cropping year in 2020. Unfortunately, 2020 combined some familiar challenges to farmers with several new ones.

While crops are generally planted in late April through mid-May in this region the planning begins much sooner. With fewer corn acres planted in 2019, Ohio farmers reduced their grain inventories despite higher than average yields. This led to a strong basis that encouraged corn from surplus areas to the west to be shipped into Ohio. These factors coupled with weak soybean exports set the stage for increased corn plantings throughout Northwest Ohio at the beginning of 2020. The development of widespread Covid-19 in the United States begin in early March. With much of the country sheltering in place the need for ethanol production was significantly impacted. By mid-April as farmers began to make field preparations, ethanol usage was down 49% compared to the previous year. This led to a lot of uncertainty in the futures market with most commodities trading down over 10% to open the second quarter.

With so many variables in play it appears that farmers stuck pretty close to their intentions when they were able to make significant planting progress the last week of April and first week of May. Soil moisture conditions were nearly ideal in most parts of the region for this time frame, but cooler than average temperatures were a reason for concern. These cold temperatures led to a minor frost event in May and delayed emergence for many corn and soybean acres. The next major challenge would come in the form of heavy widespread rains that flooded many fields from May 15th-17th. As things slowly dried out farmers began to survey the damage and make plans on what acres had suffered enough damage to warrant replanting the crop. The next window for field work came the first week of June and saw most farmers finish first plantings and spot plant any areas with less than ideal stands.

Hindsight is always 20/20, but it appears that those farmers with reduced stands may have left them alone if they knew of the drought conditions on the horizon. By the end of June, Putnam and Van Wert counties were listed as abnormally dry on the weekly national drought monitor. Allen County would join them on the list the following week. While this was certainly concerning, the silver lining to being dry at that point of the growing season is that it allowed for timely sidedress fertilizer applications and the ability to better manage weed growth. Unfortunately, the dry conditions only worsened over the next month and most of the region was listed as being in a moderate drought. There were several pop-up showers that brought relief to small, localized areas, but this only increased the variability of the crops throughout the region. Conditions improved marginally at the beginning of August and would continue to do so throughout the month. As September began there was finally enough widespread rain that allowed Allen, Putnam, and Van Wert counties to be removed from the drought monitor.

The extreme weather cycles had several impacts on both the corn and soybeans. This year saw less foliar disease pressure in both crops due to the dry weather. The early moisture and cold temperatures did impact root health and those issues became evident later in the form of premature death and poor grain fill. Insect pressure was highly variable with the most common complaint throughout the region being spider mite migration into soybean fields. With fewer plant health and insect issues many farmers were able to forego fungicide or insecticide applications, which will lower costs during these times of tight margins. The drought conditions undoubtedly had a negative impact on corn pollination, but certainly not to the extent observed in the 2012 growing season. Harvest will also reveal the impact August rains played on grain fill. Kernel depth and bean size vary greatly throughout the region and will play a large factor in the final yield.

With the variability mentioned it is challenging to estimate regional crop yields with much certainty. While the 2020 growing season has been anything but “normal” it is very likely that final yields will come in near the 5 year trend line adjusted mark. Strong export demand in recent months have helped soybeans rally on the futures markets heading into harvest. Corn futures have also traded higher as ethanol production has returned near levels observed prior to Covid-19. This price support should allow many producers the opportunity to market their grain near break-even levels to close out the 2020 growing year.