Our final A DAY in the WOODS program for 2021 “Woodland Boundaries” will take place on December 10, at 10 am to 11:15 via Zoom Webinar.   This program will be presented by Mark Rickey, State Service Forester with ODNR-Division of Forestry, and Dave Apsley, Natural Resources Specialist with Ohio State University Extension. Join us on December 10 to:

To register for this Zoom Webinar visit: http://go.osu.edu/ditw2021 The Certified Crop Adviser (CCA) Exam Training program, delivered by OSU Agronomic Crops Team members, will be available online and in-person to help you prepare for the 2022 CCA exams. An in-person two-day training class will be held on January 12 & 13 from 9 AM to 5 PM each day at the Shelby County Ag Building, 810-820 Fair Rd, Sidney, Ohio 45365. The content is a great basic agronomy course covering information to prepare for the local CCA exam. The cost for this program is $250/person. Registration includes the publications below, lunch both days, and other program materials. Class size is limited to 25, and registration closes on December 20, 2021. 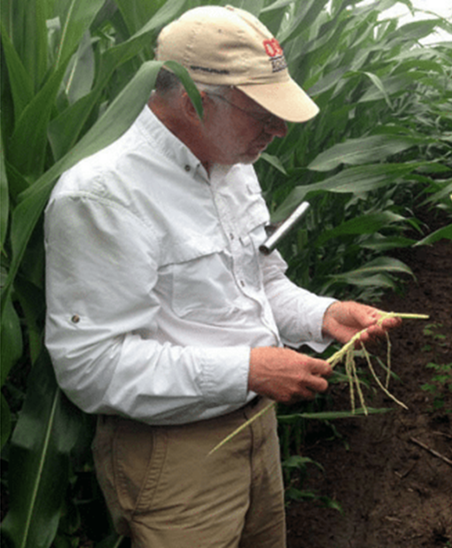 Publications provided with the in-person option:

END_OF_DOCUMENT_TOKEN_TO_BE_REPLACED

Nitrogen fertilizer prices continue to rise. The average anhydrous ammonia price now is over $1,100 per ton. Overall, these large price increases indicate that 2022 nitrogen application rates should be lowered, particularly for farmers who have been applying nitrogen above university recommended levels. Current corn and soybeans prices are at levels that result in the same relative profitability for both crops in northern and central Illinois.

The Agricultural Marketing Service (AMS) released their latest estimates of fertilizer prices in Illinois on October 21. The average price of anhydrous ammonia was $1,135 per ton, up by $278 per ton from the price reported two weeks previously. AMS began reporting fertilizer prices on a bi-weekly basis starting in September 2008. The $278 increase is the largest ever. The next largest absolute change was a $178 decline occurring in December 2008. END_OF_DOCUMENT_TOKEN_TO_BE_REPLACED